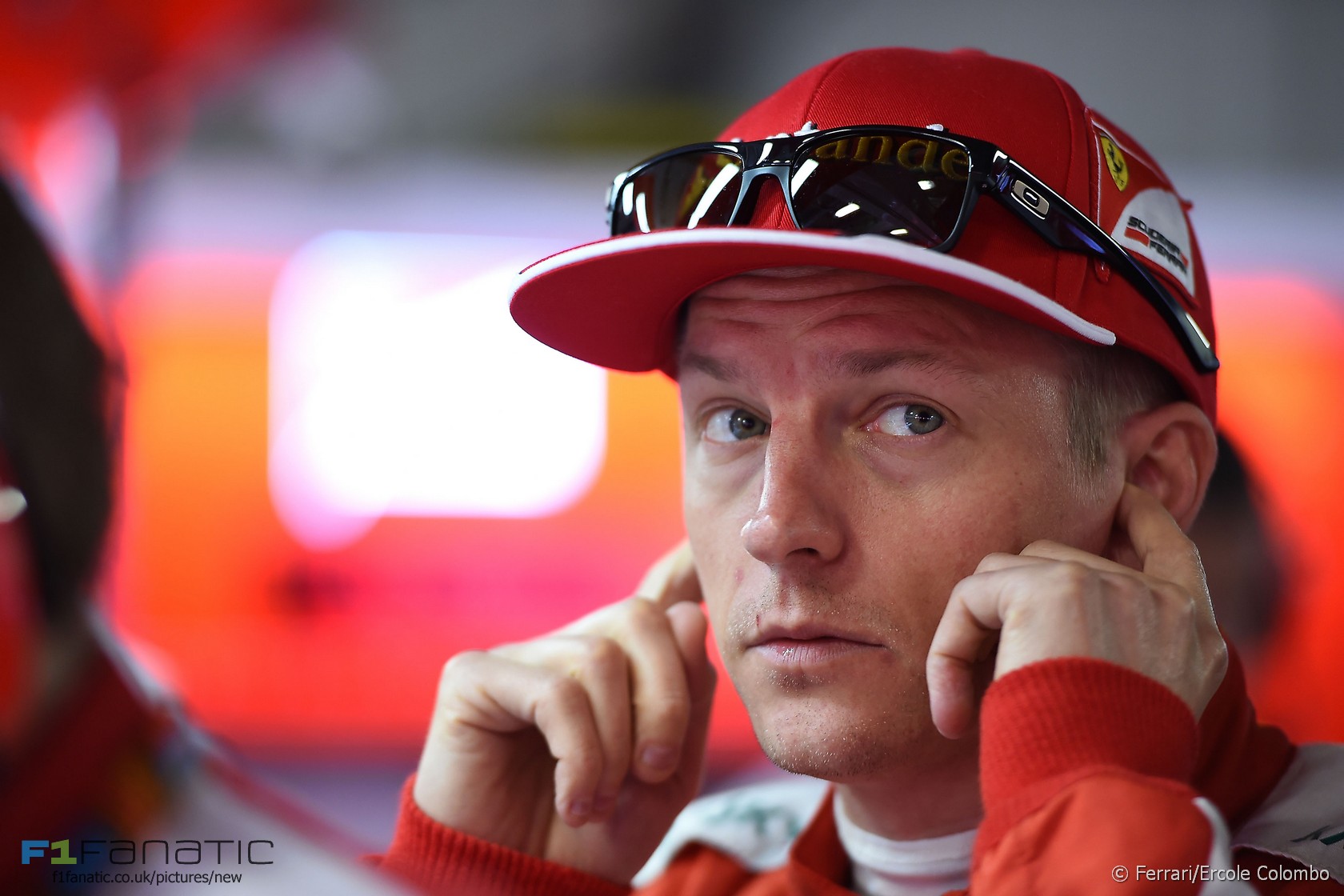 Kimi Raikkonen has recently been voted the most popular driver in Formula One – as he has been among F1 Fanatic readers since the end of 2013 – but his days as a Ferrari driver may be numbered.

Raikkonen’s contract is up for renewal at the end of this year and several promising young drivers have been linked with his seat.

Should Ferrari keep the faith with him for one more season – or has his time finally run out?

The arrival of Sebastian Vettel at Ferrari potentially gives them more reason to hold on to Raikkonen. The pair appear have a productive and harmonious working relationship. At times they have complemented each other very well, with Vettel displaying strong one-lap pace which on occasions has challenged the Mercedes, while Raikkonen’s superior tyre management has brought him into play in the races. Vettel has said he wants his team mate to stay.

Ferrari’s young driver programme suffered a terrible setback last year when Jules Bianchi was seriously injured in Japan. None of their other young drivers have sufficient experience to be realistic candidates for promotion. As an alternative to bringing an ‘outsider’ into the team, it’s still possible to make a strong case for keeping Raikkonen.

Despite being a former champion and hugely popular, Raikkonen simply hasn’t done enough in his second Ferrari career to merit another year in a red car. He’s taken a single podium this season to Sebastian Vettel’s six, and the year before managed only one top-five finish compared to Fernando Alonso’s eight.

Qualifying remains a persistent weakness of Raikkonen’s, and he’s made driving errors in each of the last three races. While he has also shown well on occasions – notably in Bahrain and at Silverstone until the rain arrived – if Ferrari are going to tolerate a driver making these kinds of mistakes they may as well bring in someone with much less experience but with great potential for the future. For Ferrari to dump Raikkonen after just two seasons – one less than he managed in his previous stint with the team – would be tantamount to admitting they were wrong to rehire him in the first place. That’s no reason not to do it, of course.

A new management regime has been installed since his return, so we can expect hard results rather than sentimentality will be the only metric that matters. And on that count it does not look good: Raikkonen has scored less than half as many points as the driver in the other car since his return.

Raikkonen’s insouciant demeanour does not inspire any confidence that he’s about to turn everything around. “I don’t know” may be a useful way of fobbing off reporters when asked to account for his mid-race spin in Canada or his first-lap crash in Austria, but when the rain is falling at Silverstone and his race engineer needs to know what rubber he wants it’s plainly not good enough.

He may be the last driver to win the world championship in a Ferrari, but based on the past season-and-a-half it’s hard to see it happening again. Valtteri Bottas, Daniel Ricciardo or Nico Hulkenberg would all be worthy alternatives, but based on recent form I’d opt for the latter.

Who should be Sebastian Vettel's Ferrari team mate in 2016?