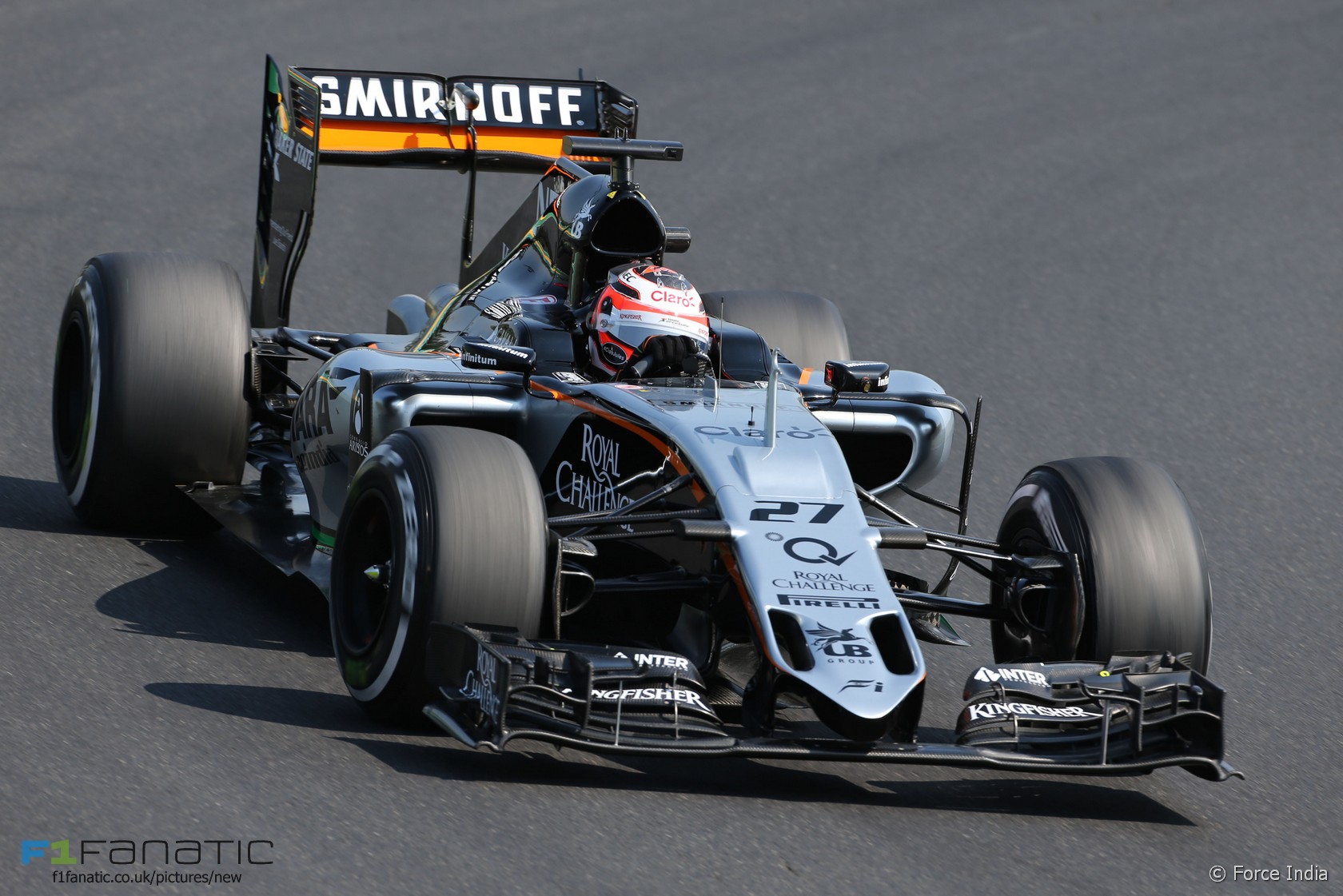 Nico Hulkenberg said he had little indication his front wing was about to collapse before crashing out of the Hungarian Grand Prix.

“I didn’t have much warning that there was a problem with the front wing,” said Hulkenberg. “There was a harsh vibration just before it broke and after that I was heading straight into the barriers.”

“The final impact was not too bad because that part of the track is well protected and it absorbed the energy nicely.”

Hulkenberg’s crash came two days after Sergio Perez was pitched into the barriers and rolled over following a suspension failure. That led the team to avoid running for the rest of Friday until the cause of the problem was identified.

Force India’s chief operating officer Otmar Szafnauer said the team is “still looking into what caused the wing to break” on Hulkenberg’s car.