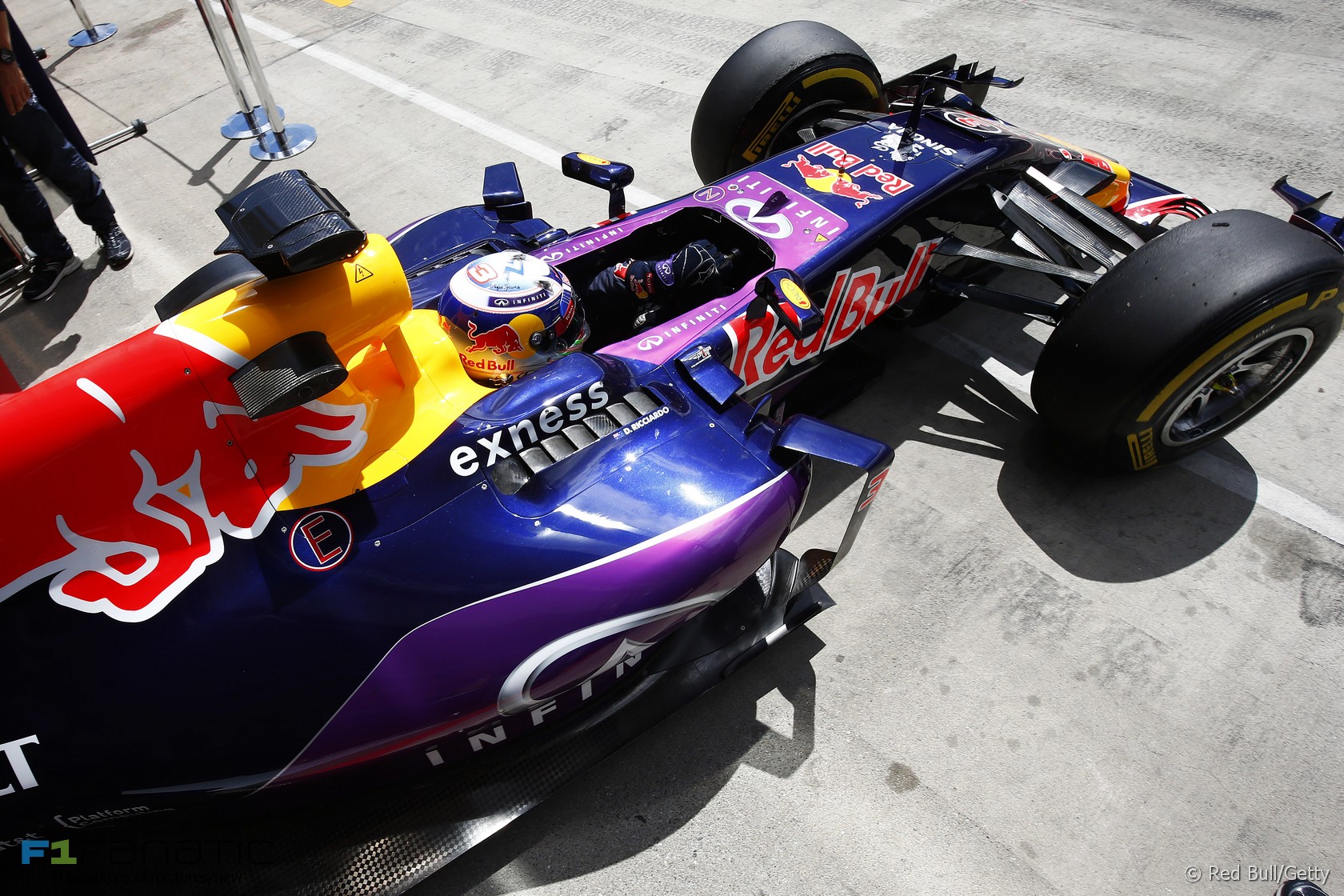 In the round-up: Christian Horner says Renault is required to prioritise Red Bull next year even if they take over the Lotus team.

"Red Bull Racing boss Christian Horner says Renault is contractually obliged to prioritise his team next season, regardless of whether the engine firm follows through on a plan to purchase the Lotus team and return as a fully-fledged manufacturer entry."

"Despite initially encouraging results, Renault believes that its own design solutions actually offer a bigger chance of progress."

"We will increase the output power, but at the same time we have to check the reliability because if the power is going to go that high then maybe some areas are a little bit weak."

"You just need to be careful. We’re just 42 points ahead in the drivers’ world championship and you can see how quickly it goes."

Nasr: No sim will hurt with new starts (Autosport)

"I still feel a simulator is the best way to compensate for lost track time, and now we have these new rules from Spa with the clutch, which is something else you could try on the simulator."

Big in the States (ESPN)

"Brand Hamilton is expanding across the United States, and Formula One is riding his coattails to mainstream awareness."

A life and times with McLaren (The Way It Is)

"I think a lot of credit goes to Jackie Stewart for pushing for safety in the late sixties. Despite the fact that he made himself reasonably unpopular at the time he certainly deserves a lot of credit. Nor did he ever give up pushing for the safety issue."

There's a brand new F1 Fanatic Quiz coming tomorrow – in the meantime you can take all the others here: http://t.co/e1Yeql5Sb0 #F1 #F1F

An interesting point on how F1 has found it difficult to increase overtaking:

I attended a lecture by Gary Savage, then one of the technical managers at BAR. After the formal lecture there was some time ‘informal chat’ and that’s when the interesting stuff came to table. He showed a couple of graphs and figures (CFD or wind tunnel data I guess) of two cars following each other. They were researching two things: how to improve following the car ahead without losing downforce and how to break the slipstream to the following car as effectively as possible. History shows the latter part was much easier to achieve…
Leo B