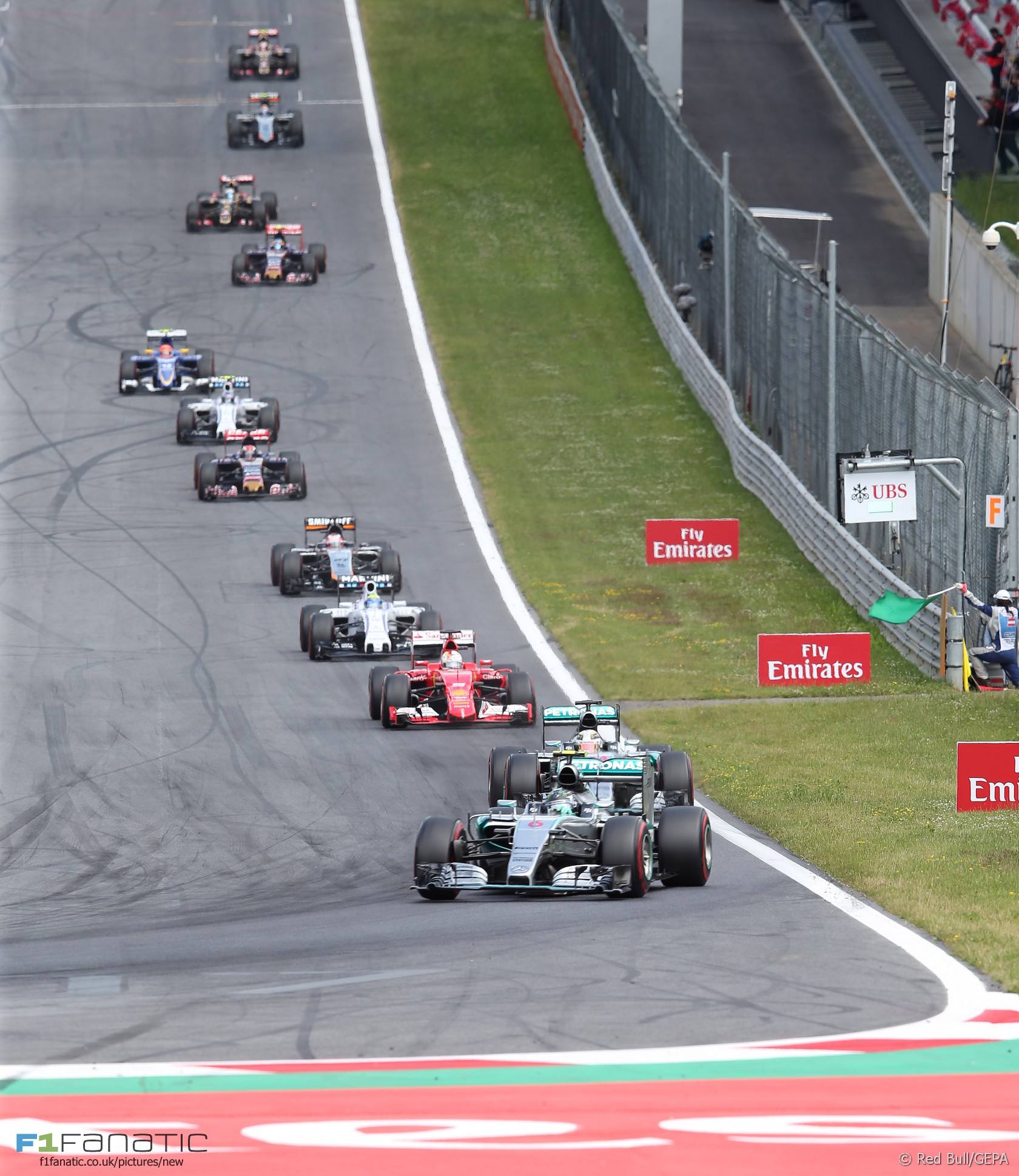 It was supposed to be the year Mercedes’ rivals hit back. But in the first half of 2015 Mercedes have raised their game and left the opposition even further behind.

Last year was a Mercedes rout of the sort which made Red Bull’s previous dominance pale in comparison. Mercedes had the kind of performance advantage over the rest of the opposition F1 hadn’t seen for almost two decades.

Depressingly for their rivals and fans hoping for a close season, that advantage has only increased, as the figures below demonstrate. The graphic above shows how far each team has been away from the quickest lap time seen at every race weekend so far this year. Below you can see the same data for 2014 on the same scale.

As Mercedes have taken pole position at every race so far this year, they have been zero percent slower than the quickest lap time seen at every race. The next-quickest team, Ferrari, have been almost 0.9% slower on average – more than eight-tenths of a second around a typical one-and-a-half minute lap.

However the real key to understanding why Mercedes is facing much less competition is this: out of their seven closest rivals at the end of 2014, Ferrari are the only ones to have gained on them this year.

While Red Bull’s troubles, which it has largely blamed on its Renault engine, have been well-publicised, Williams has failed to advanced its position following a strong 2014. The FW37s have been more competitive in recent races, however, and should suit the high-speed Spa and Monza circuits coming up next on the schedule. One of the most interesting questions this raises is how real Ferrari’s apparent change in fortunes is. After enduring a win-less 2014, Sebastian Vettel has taken them to two victories already this season.

That would seem an unwelcome turnaround for former driver Fernando Alonso following his switch to McLaren, which is languishing among the Q1 rejects this year. However Alonso’s interpretation is that Ferrari has made only modest gains and reaped much from it because other teams have failed to make the expected advances.

While one might expect Alonso to sceptical of Ferrari’s resurgence and even bitter about his departure, this analysis has a ring of truth to it when you look at the data. They may have reduced their deficit to the pace-setters to 0.88% this year, but in four of the five seasons Alonso drove for them they were closer than that.

There’s no doubt Ferrari has improved its performance and has become the number two team to Mercedes this year, but it’s also clear Mercedes’ other rivals have dropped the ball. But with Honda and Renault planning engine upgrades for the second half of the year, we could yet see some big changes before the season is over.

Car performance in the first half of 2015

The graph below shows how far off the pace each team was (as a percentage) at every round so far this year.

73 comments on “Mercedes’ rivals have fallen further behind in 2015”