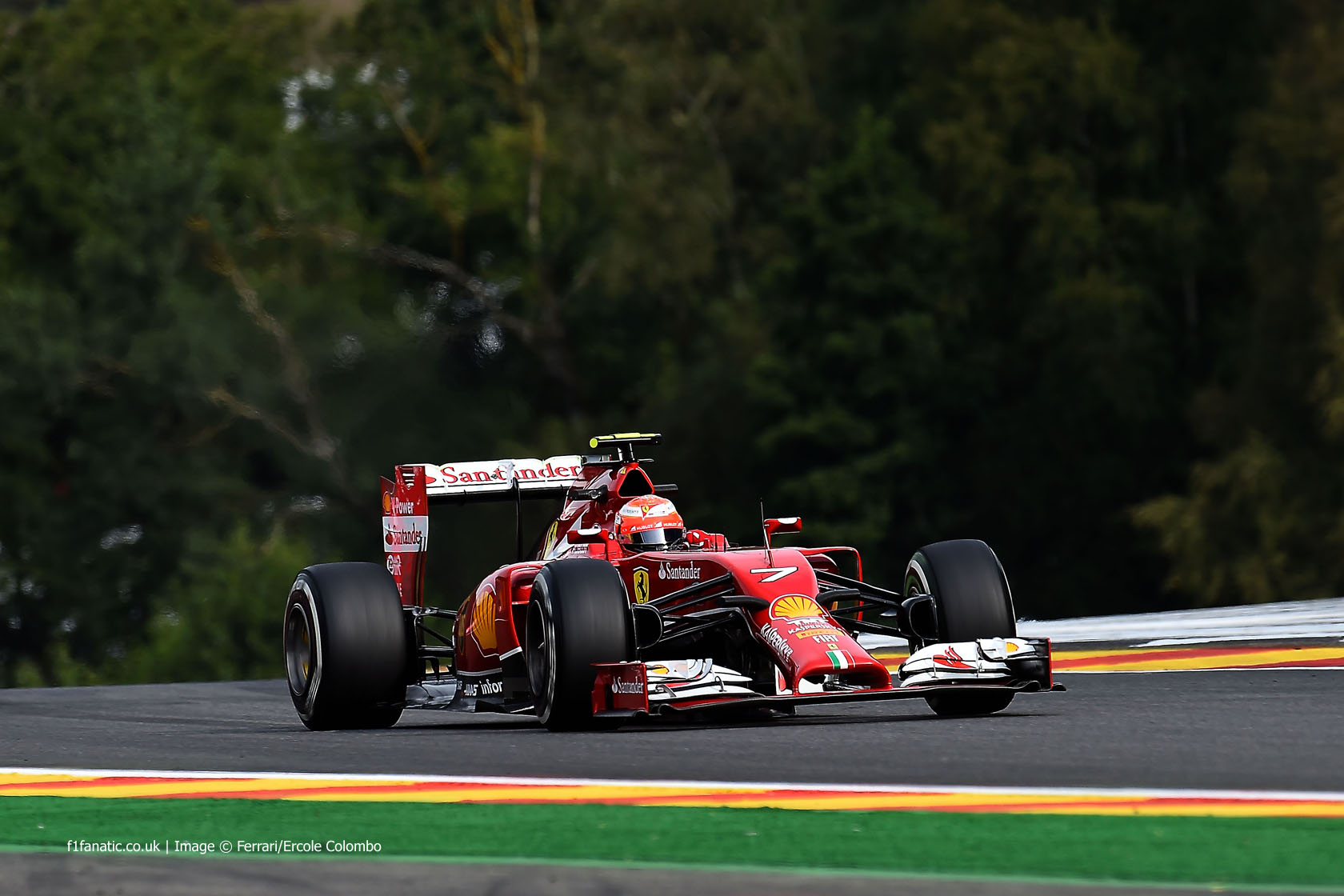 Kimi Raikkonen says the challenge has been restored to Spa’s signature Eau Rouge corner but he expects it to be less difficult than last year.

The high-speed corner, one of the most famous in motor racing, had been tamed in the V8 era due to lower top speeds and higher downforce. However last year’s change in regulations significantly reduced downforce and made the corner more demanding again.

“Especially last year for us at least it was a quite tricky corner again,” Raikkonen confirmed. “It depends how good your car is but I expect this year is being a more easy story going through there.”

“But in quite a few years back it was very easy flat all the time. It depends from year to year, from tyres and obviously for the conditions we have to race there. But still things can go wrong and it’s a fast place so it’s exciting.”

Raikkonen is the most successful active driver at the Belgian circuit where he has won four times. He singled out his most recent victory as the pick of the bunch, which was Ferrari’s only win during the 2009 season.

“I think 2009 because nobody expect us to win,” he said, “our car was not very fast in that year but we managed to have a good start and restart and somehow win the race.”