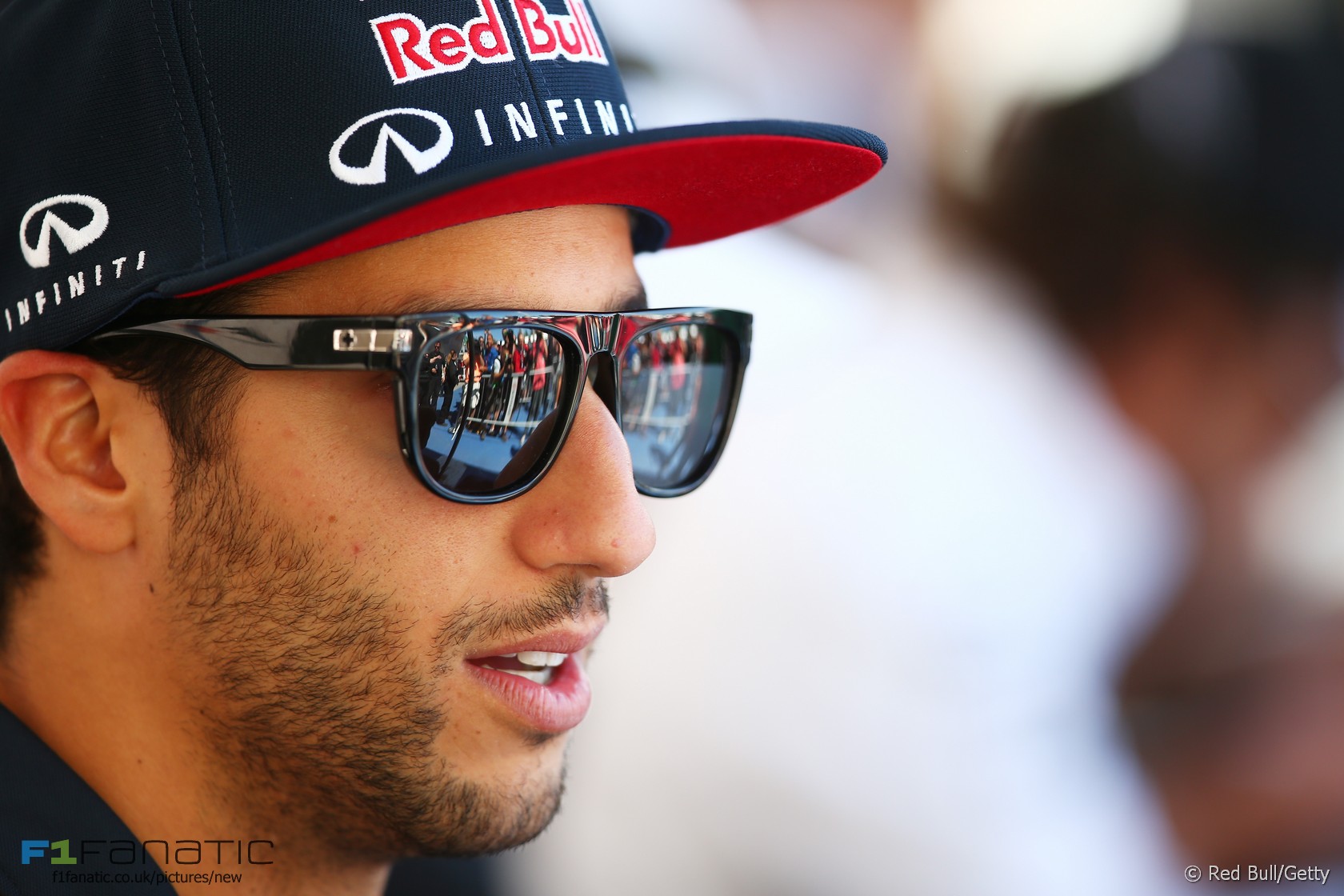 F1 Fanatic is looking for a web designer with to assist with the development of a series of new features.

If you are skilled in HTML, Javascript, PHP, CSS and/or MySQL please get in touch via the contact form below including details and examples of your previous work. Payment will be negotiated on a per-project basis:

"Tost, who has been team supremo at the Red Bull development team since 2006 after six years at Williams, says Ricciardo is just the fifth best driver he has worked with in Formula 1."

Thanks to Rulie Maulana for the tip

'We’ve got to put the spectacularness back in F1' (F1i)

"We’ve got to put the spectacularness back in to Formula One, and I think there’s a great opportunity to do that for 2017."

"We also have an update of our aero package for Singapore, looking towards the 2016 season. This race (in Singapore) will be critical to understand better the data that the car will give us, as it will apply to the concept for 2016."

"It turned into a package, it was the way it worked out, but the general trend is to bring a little bit at each race and that is what we intend to do from herein."

"There are great gaping holes in the story, and elements to many of the political scandals which rocked the sport under his watch that I wish had been delved into far deeper."

Spa – the greatest circuit of them all (source)

"Ahead of me on the straight, Michael (Schumacher) had clearly not taken Eau Rouge flat, because I was now catching him at a rate of knots. As we approached Les Combes, ahead of us I spotted Ricardo Zonta’s BAR-Honda, which we were about to lap."

The first of my new race weekend columns for Betting Expert.

That moment when the car in front just won't pull over to let you pass… @Dany_Kvyat #F1 pic.twitter.com/G6AVxXDFEz Do Mercedes need to be extra-wary of Ferrari in the last nine remaining races?

One thing also worth mention is Vettel’s tendency to have a very strong second half of a season. He did it in every season to date except for arguably in 2011.

Even last year, he seemed to match or beat his team mate a lot more than in the first half, and I’m sure that we all remember his incredible nine out of nine in 2013.
Craig Woollard (@Craig-o)

Mark Donohue died on this day 40 years ago due to a head injury he suffered during the warm-up for the Austrian Grand Prix two days previously.