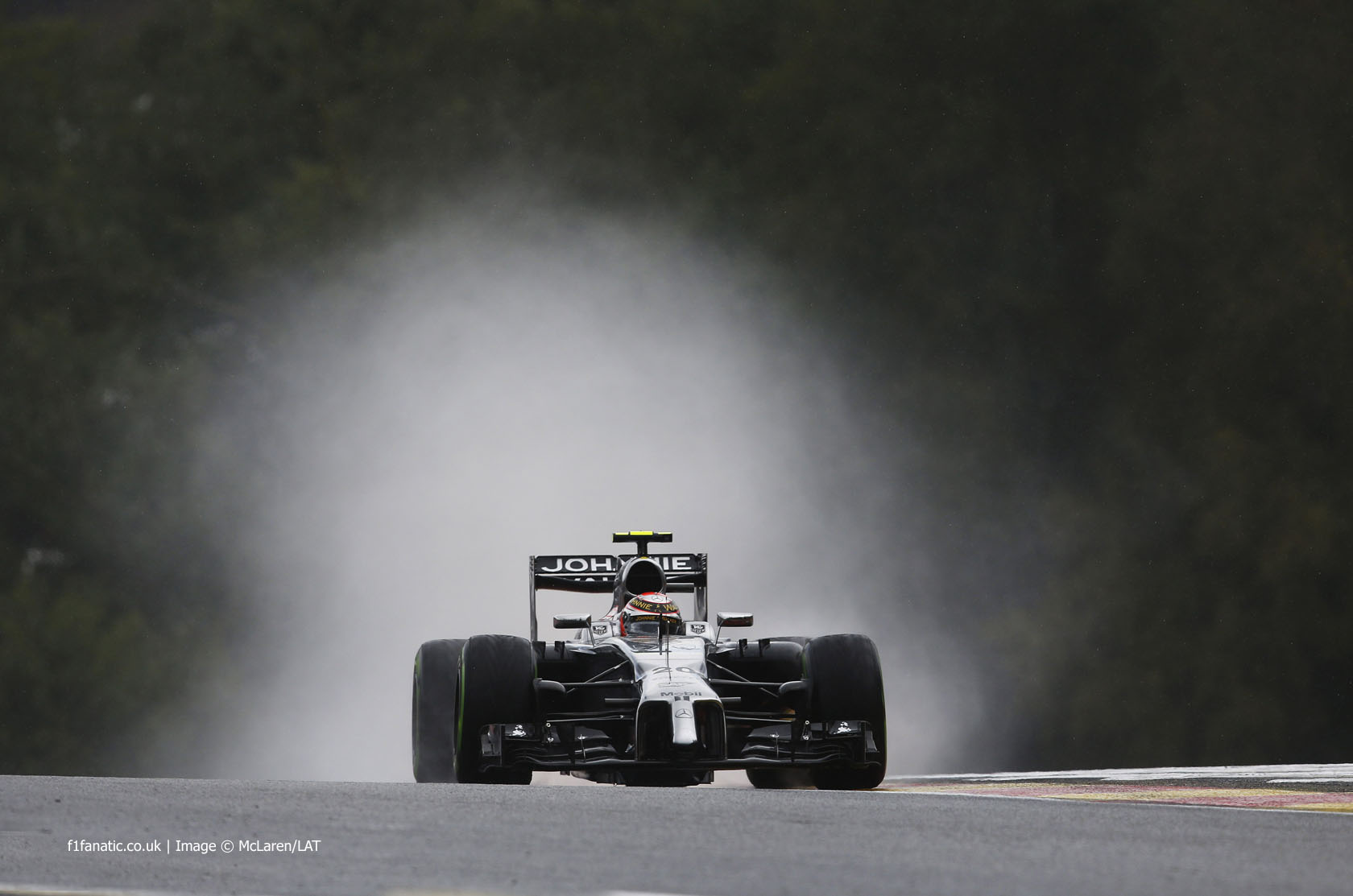 Warm, sunny conditions greeted the teams at Spa-Francorchamps but a cooler, wetter front is heading to the area and could arrive in time for Sunday’s race.

The teams can expect favourable conditions for the first two days of running, with temperatures reaching up to 25C and bursts of sunshine between cloudier spells. But what could happen on Sunday is where things get interesting.

A cooler front is approaching from the west which will bring lower temperatures and rain at the beginning of next week. But exactly when it will arrive could have a major effect on the race. Current predictions indicate it won’t reach the track until late afternoon, well after the chequered flag has fallen.

However that’s still over 72 hours away, and the forecast could change between now and then.

See the location of every race on the 2015 F1 calendar here:

16 comments on “Rain forecast late on Sunday at Spa”