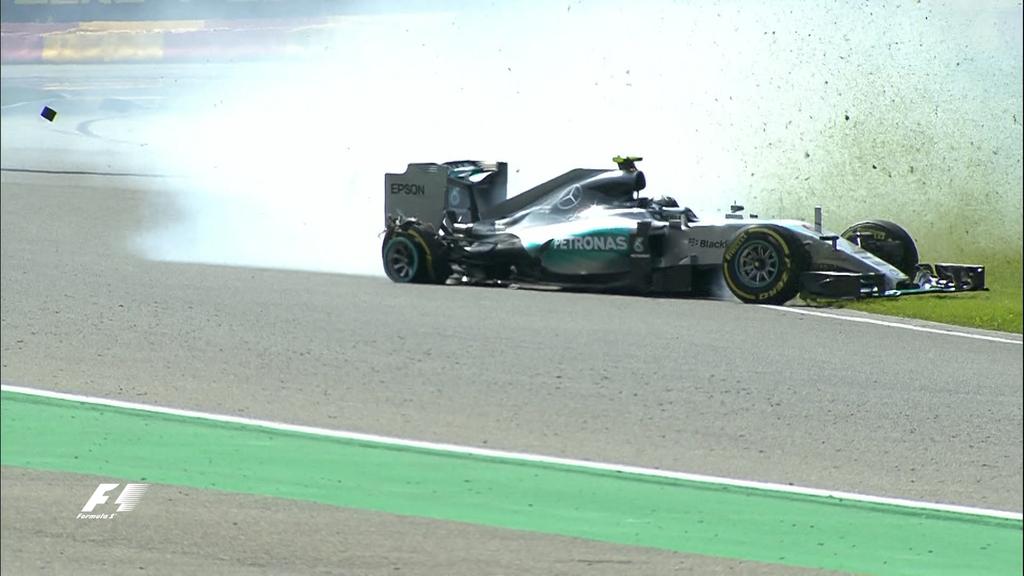 Nico Rosberg says only luck kept him from hitting the wall when one of his tyres failed at over 300kph during today’s second practice session.

“It wasn’t down to my skill,” said Rosberg, “it was just luck that I stayed out of the wall”.

The Mercedes driver did not speculate on the cause of the failure when speaking to reporters after the accident but said he had no indication the tyre was about to fail. “It was quite a shock in the first moment because I just don’t expect it,” he said. “Suddenly at 306kph you just lose control – not good.”

Pirelli stated via its Twitter account that “investigations into what happened with Nico Rosberg’s tyres are ongoing: we’re analysing it now to understand exactly what occurred.”

Rosberg was quickest in both of today’s practice sessions and despite the scare believes he has the upper hand over his team mate at the moment.

“It’s going well for now, it’s been a good start to the weekend,” he said. “I’m feeling comfortable.”

“At the moment I’m sort of one step ahead of Lewis [Hamilton] and that means that tonight he’s more likely to take over my set-up than vice-versa because he’s a bit unsure, that’s usually the tendency, you know. So it’s always better to start the weekend like that.”