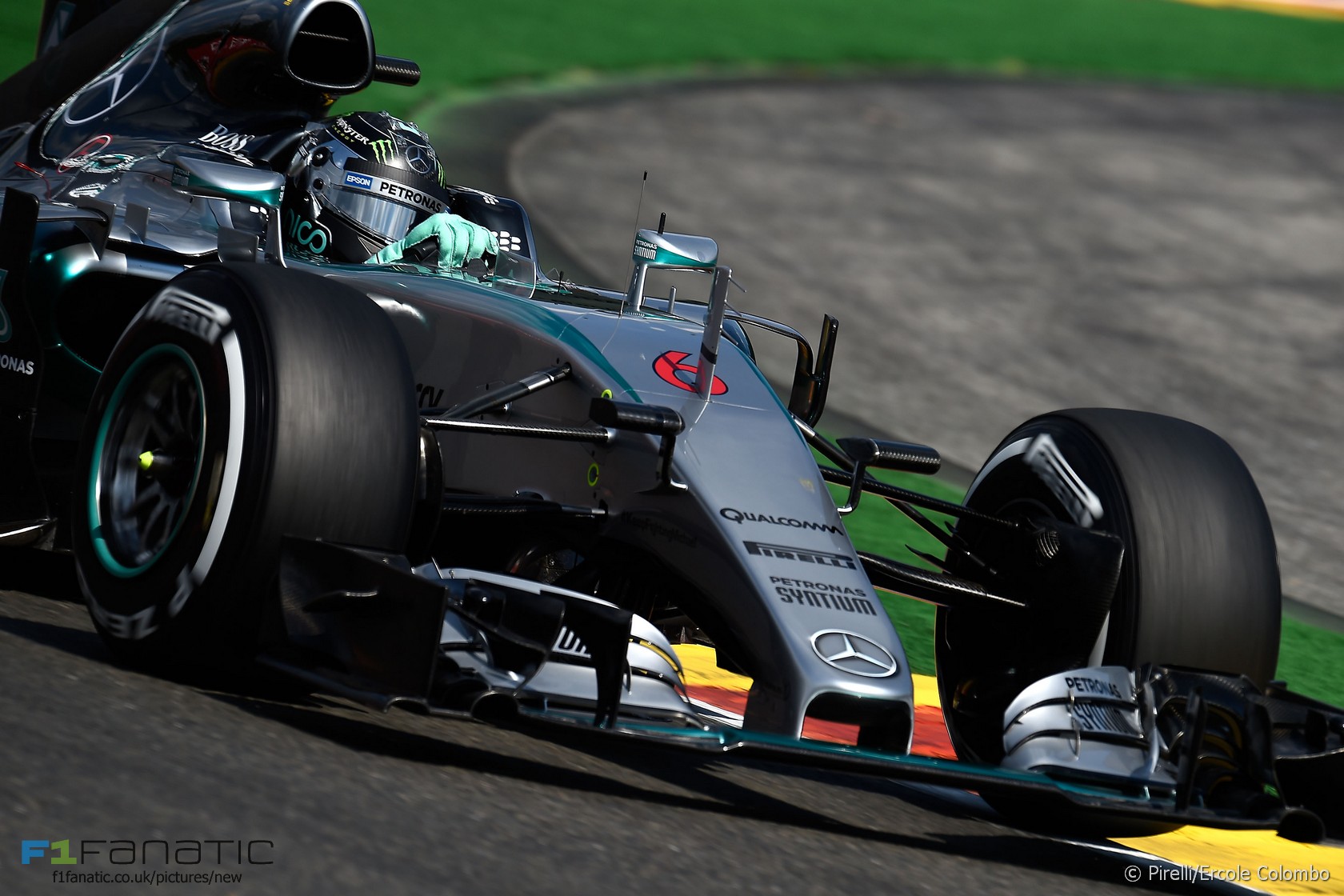 Nico Rosberg was unharmed after his car snapped out of control at over 300kph due to a tyre failure. But what damage has the incident done to his chances this weekend?

His hair-raising spin notwithstanding, Rosberg ended the day in a strong position. His first practice run had also been disrupted, by a minor problem with his power unit, but he ended both ahead of Lewis Hamilton. Afterwards Rosberg suggested that would lead his team mate to crib from his set-up sheet overnight.

“Nico is very quick,” Hamilton admitted, “so I have some work to do tonight to see where I can find some time.”

And on the harder tyre at least, Mercedes may have to keep at least one eye on the opposition. “Ferrari and Red Bull also look closer here than they have at past weekends,” Hamilton added, “so it’ll be a close run thing and we’ll need to be up for the fight”.

At the time of writing the big question is what Pirelli’s investigation into the remains of Rosberg’s right-rear soft compound tyre will reveal. Kimi Raikkonen also reported blistering on one of his tyres during practice but that was the front-left tyre.

Nonetheless Pirelli will anxious to ensure there is no repeat of the spate of failures which occurred at Silverstone two years ago, or the camber-related problems some teams experienced at Spa in 2011. As they are presently competing with Michelin to win a tender to be F1’s future tyre supplier, any doubts over the integrity of their product must be nipped in the bud.

With teams having cut their race simulation runs short (see below) tomorrow’s final practice session will be a vital opportunity for them to find some answers about the longevity of the tyres. The soft tyre’s performance margin makes it the obvious choice for qualifying, but its durability is a major question mark.

7 comments on “Rosberg’s accident leaves teams in the dark”