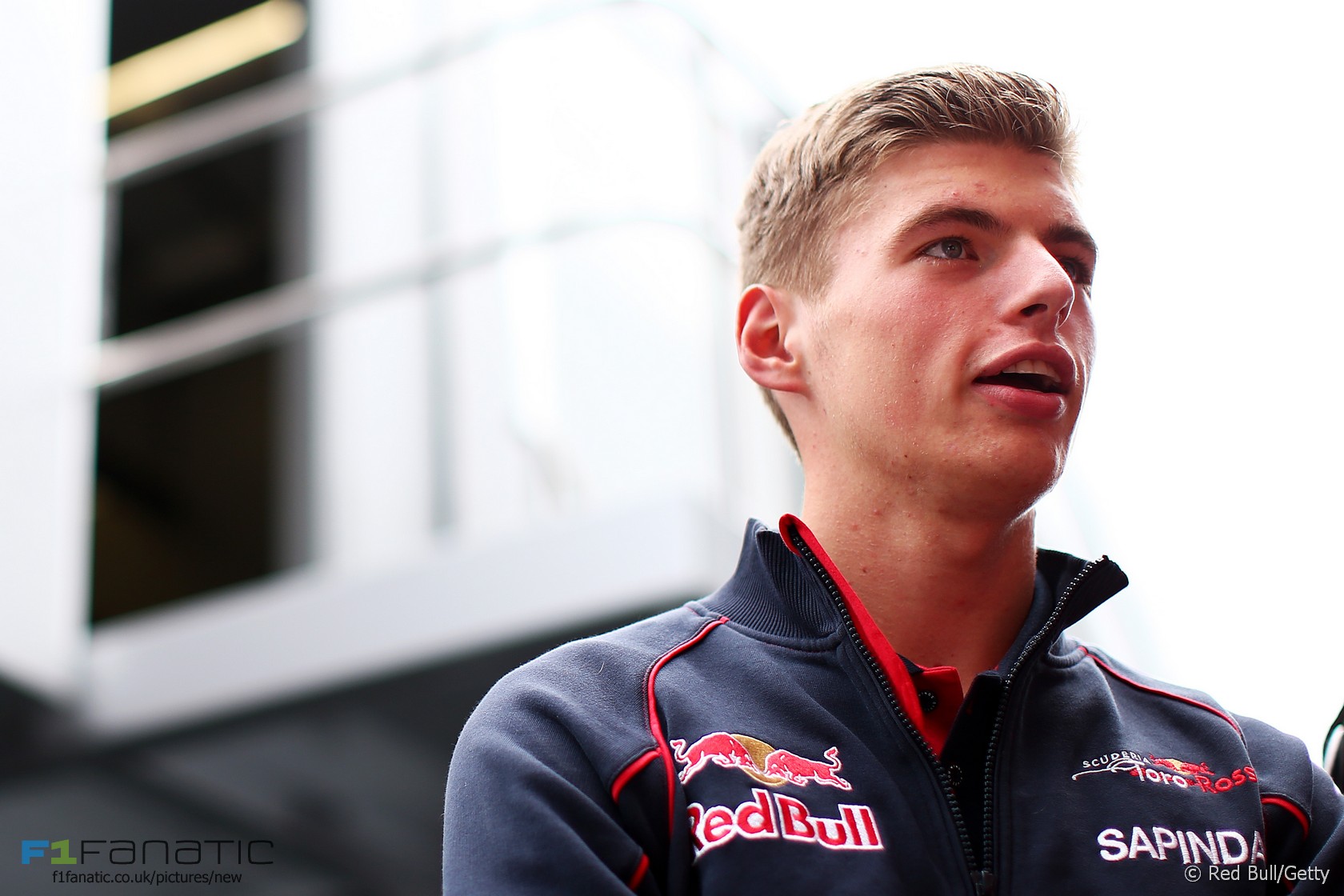 Verstappen is awaiting confirmation of an expected penalty for changing his engine. He has already exceeded his allocation of five, so he will receive a ten-place grid penalty for taking another.

Kvyat, meanwhile, has collected his second reprimand of the year and will automatically be given a ten-place penalty if he receives another. The Red Bull driver was found have have exited his pits unsafely into the path of Felipe Nasr.

Kvyat had previously been reprimanded for crossing the white line at the pit lane entry during the Austrian Grand Prix weekend.

Romain Grosjean was also given a reprimand, his first of the season, for driving “unnecessarily slowly into turn 18” during second practice, delaying Nico Hulkenberg.