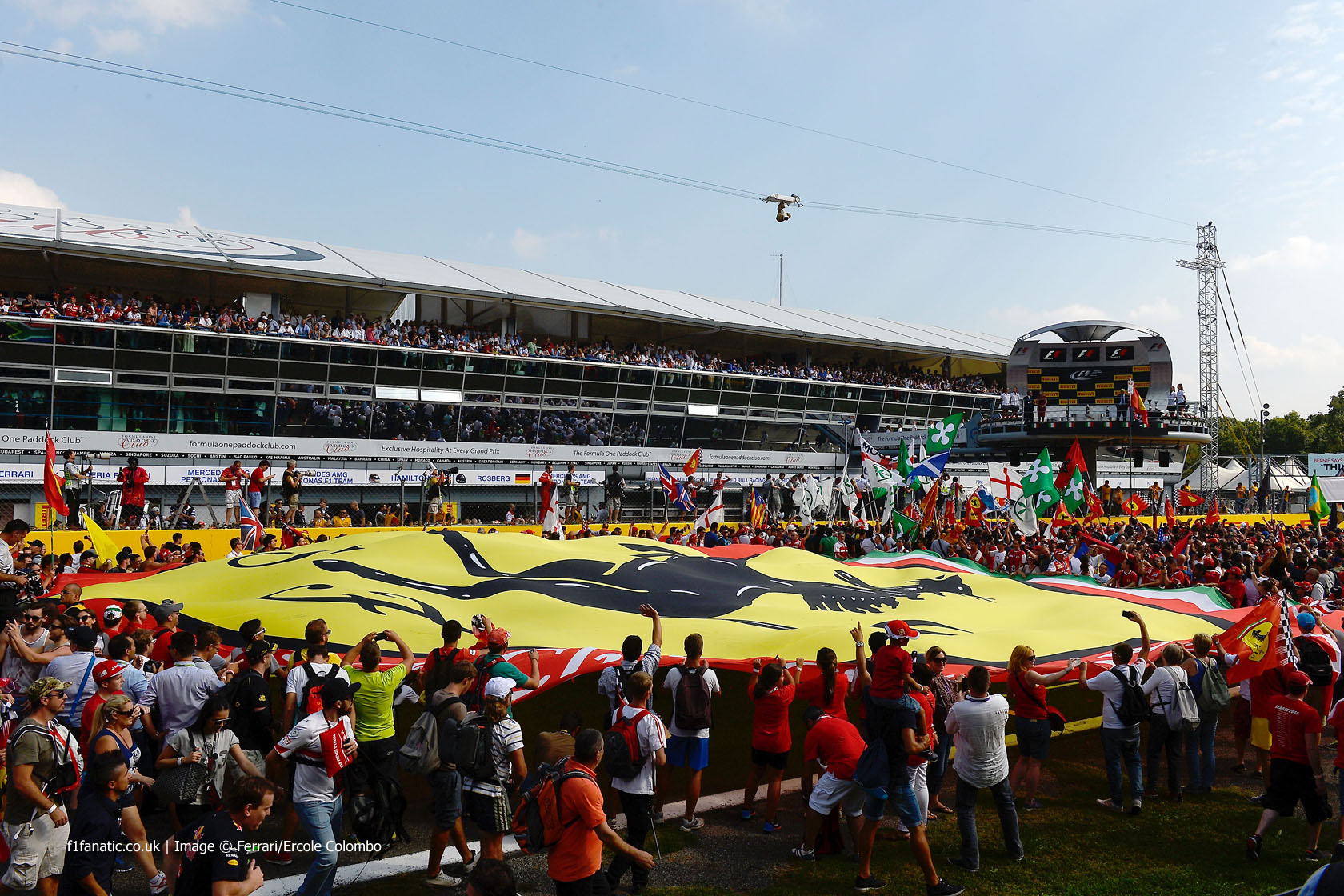 In the round-up: Bernie Ecclestone says the chances are Monza will lose its round of the world championship.

"I hope we don't lose it but I think there is a good chance we will."

Pirelli: No obvious source for 'cut' in Rosberg’s tyre (Motorsport)

"We very much think that everything came from a cut coming from an external source."

"We’re not interested in the money, we are interested in entertaining the public and doing a service. That’s what we are here for."

"Enstone co-owner Gérard Lopez and Renault CEO Carlos Ghosn have reportedly met this week and an agreement in principle has now been reached."

"Charlie Whiting sent out a Technical Directive after today’s FP1 session in which he underlined that the checks were related to safety."

"(Charles Pic) however, opted to take Lotus to court, believing the Enstone-based team reneged on its deal to provide him with a certain number of days behind the wheel of its E22."

"In the morning I just lost the car in the middle of the corner and when I took the kerb it was very slippery and I completely left the track."

"Q: What about the new starting procedure? Will it mean that you need to start from the first three to four rows not avoid the 'danger zone'? DK: It is nothing special. Nothing really changes. There is a lot of talk, but in the end it is not much different. As for talk about the driver having massively more to do - b******t!"

On my way to Spa. First time to the F1 paddock since Melbourne. Don't panic @SauberF1Team, I only got some meetings. pic.twitter.com/Q1PvNmyGLs

Spa looking resplendent but FOM doing their best to spoil it with garish virtual ads superimposed on the Pouhon run-off. #F1 #BelgianGP #F1F

Has anyone remembered to check the podium for remote-control banners this year? http://t.co/6heNT8Yge7 #F1 #BelgianGP pic.twitter.com/Ff1RcYuyzV

Are the planned restrictions on radio messages going to improve the racing or is it just a cosmetic tweak?

I am in favour of the radio bans being introduced. I just wonder about the ban on tyre and fuel saving issues. Is this to spice up the ‘show’ or put more of the emphasis back onto the driver as many of the bans are supposed to bring about. Are we, the viewing public, supposed to be duped into thinking tyre and fuel saving will no longer be needed just because we no longer hear messages about them?
Arki (@Arki19)

John Surtees won the non-championship Oulton Park Gold Cup on this day 45 years ago, driving one of his own cars: