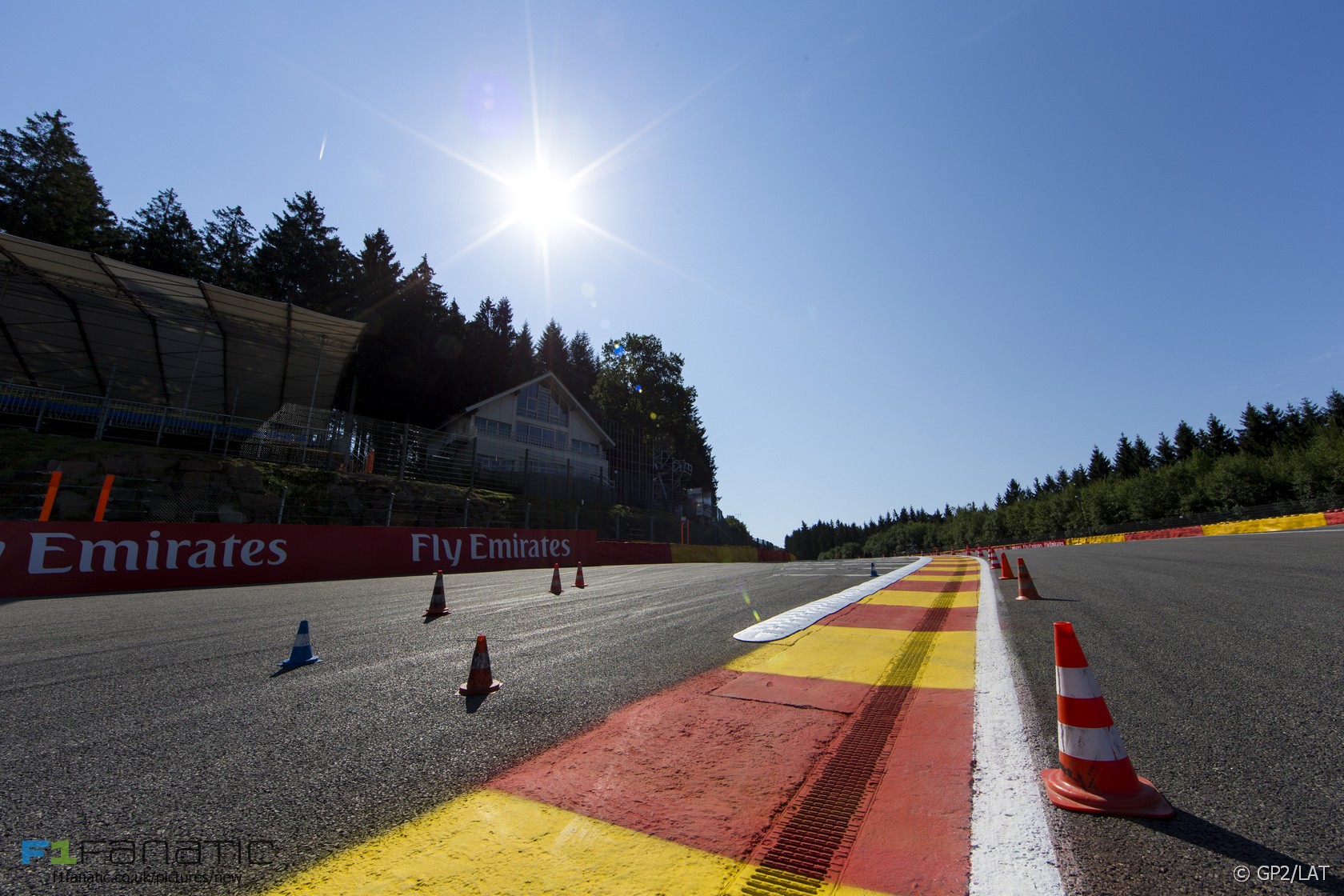 The FIA has removed the new kerb which had been added at the exit of the Eau Rouge/Raidillon complex following discussions with F1 drivers.

A 30mm high kerb had been added at the apex of the turn four left-hander to discourage drivers from cutting that part of the circuit. However ahead of today’s running the FIA notified teams in a statement that the kerb had been removed.

Drivers have been given new advice on how the stewards will police corner-cutting at that part of the circuit and Curve Paul Frere (turn 15):

“Further to the discussion in the [drivers’] meeting, and as a result of the change to the kerb in turn 4, a report will only be made to the stewards if a driver has exceeded the track limits (principally but not limited to the areas behind the kerbs in turns 4 and 15), and is suspected of gaining an advantage from doing so.”

The exit kerb at the La Source hairpin has also been shortened to make it easier for drivers to re-join the circuit after running wide.