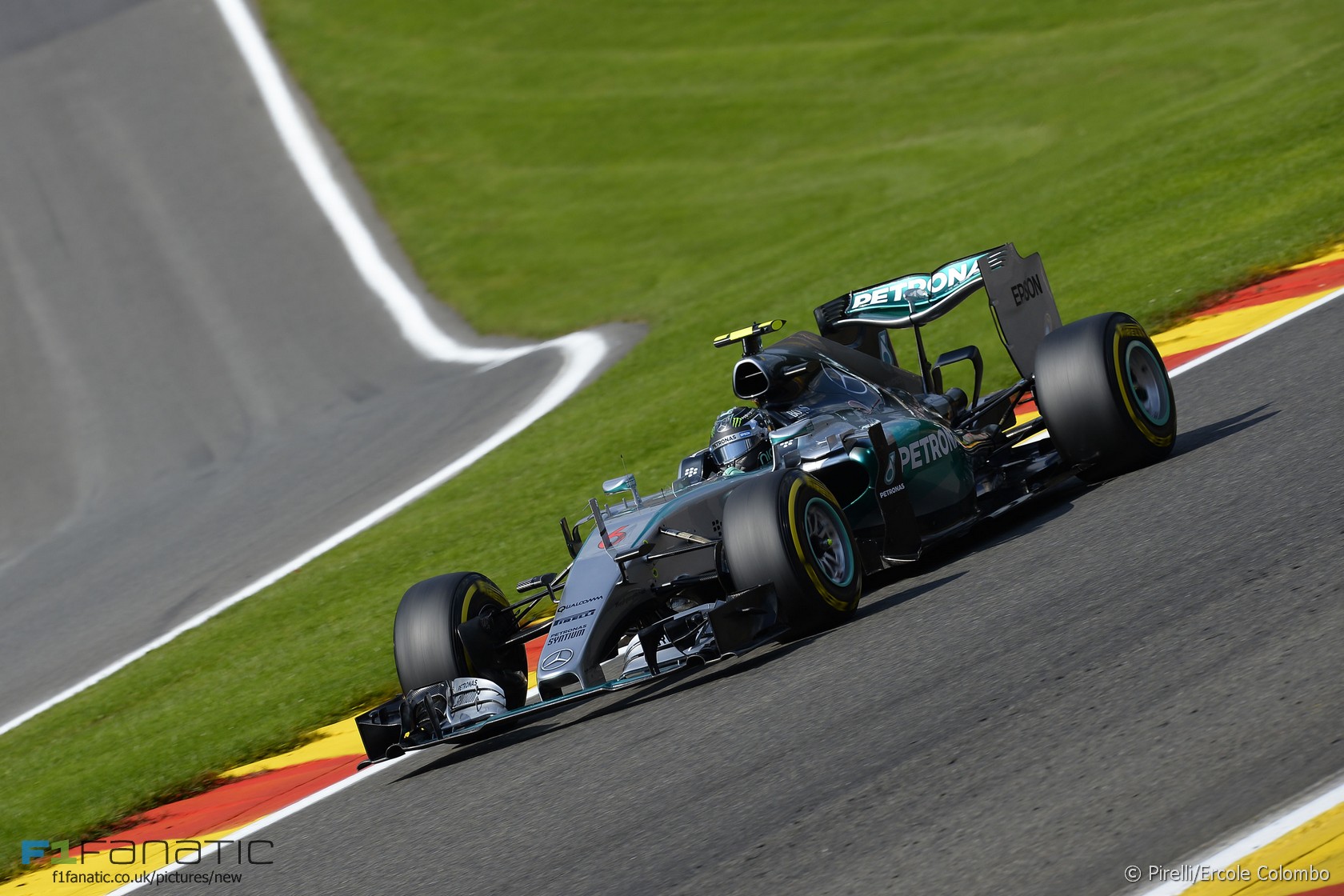 Pirelli say Nico Rosberg’s tyre blow-out yesterday was not caused by a fault with the tyre.

Having investigated Rosberg’s soft compound right-rear tyre, which exploded at over 300kph during second practice yesterday, and other drivers’ rubber, Pirelli are convinced the fault does not lie with their product.

“There are no signs of structural integrity issue of the tyre, neither on other tyres used by Mercedes nor on tyres used on other vehicles,” said Pirelli in a statement.

Rosberg’s rearward facing onboard camera showed damage was visible on the inside shoulder of his right-rear tyre well before it failed. Pirelli said this was “consistent with an external cut into the tyre structure”.

“Quality data check on other tyres has shown no anomalies,” they added.

Pirelli motorsport director Paul Hembery said: “We have conducted a thorough investigation to find out exactly what happened with Nico’s tyre. This investigation now excludes any structural integrity issues.”

“Based on the information and data available an external source of damage is the conclusion made.”