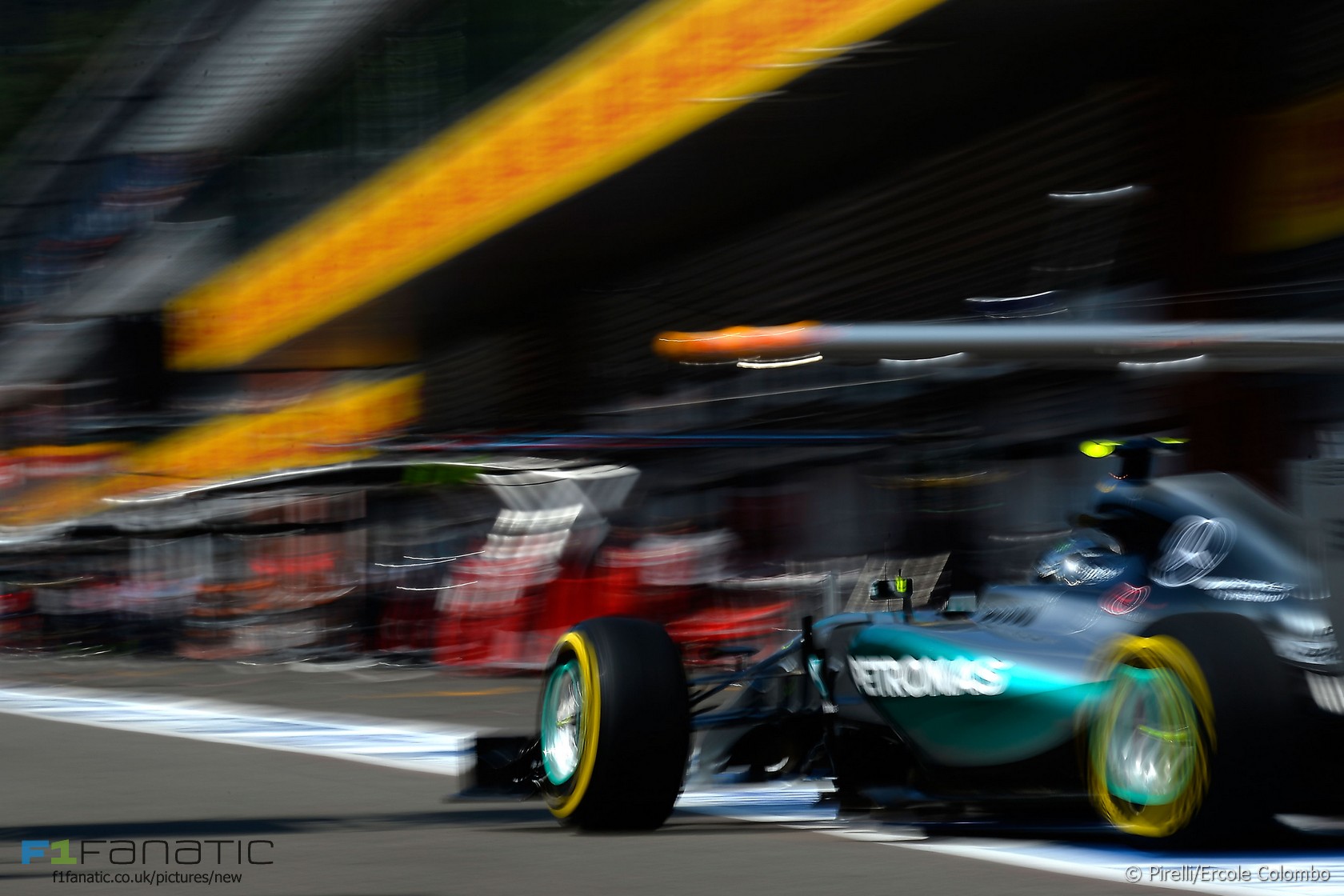 Rosberg was pitched into a spin at over 300kph on Friday when a tyre failed suddenly on the approach to Blanchimont. Sebastian Vettel suffered another tyre blow-out during today’s race.

“Vettel blowing up his tyre, that’s really not acceptable,” said Rosberg in a video posted on Twitter.

“For either of us, for me on Friday or him today, if it had happened a couple of metres earlier or later we would have had huge shunts, the biggest shunts ever, because this track is just so fast.”

Rosberg warned that F1 must react to the incidents ahead of the next race at the high-speed Monza circuit.

“The next track is Monza, the fastest track of the year, so they have to think of something to try to improve that situation,” he said.

“For example, activating all the rear-view cameras so if the teams are watching that they can see before a tyre explodes or something and give us warning. I don’t know, something like that.”

Pirelli believe Vettel’s failure was caused by wear and a cut from an “external source” was responsible for Rosberg’s tyre blow-out. However Vettel cast doubt on the response to previous tyre problems, saying “it’s the sort of theme that keeps going around, nobody’s mentioning, but it’s unacceptable”.

12 comments on “Rosberg wants action on tyres before Monza”