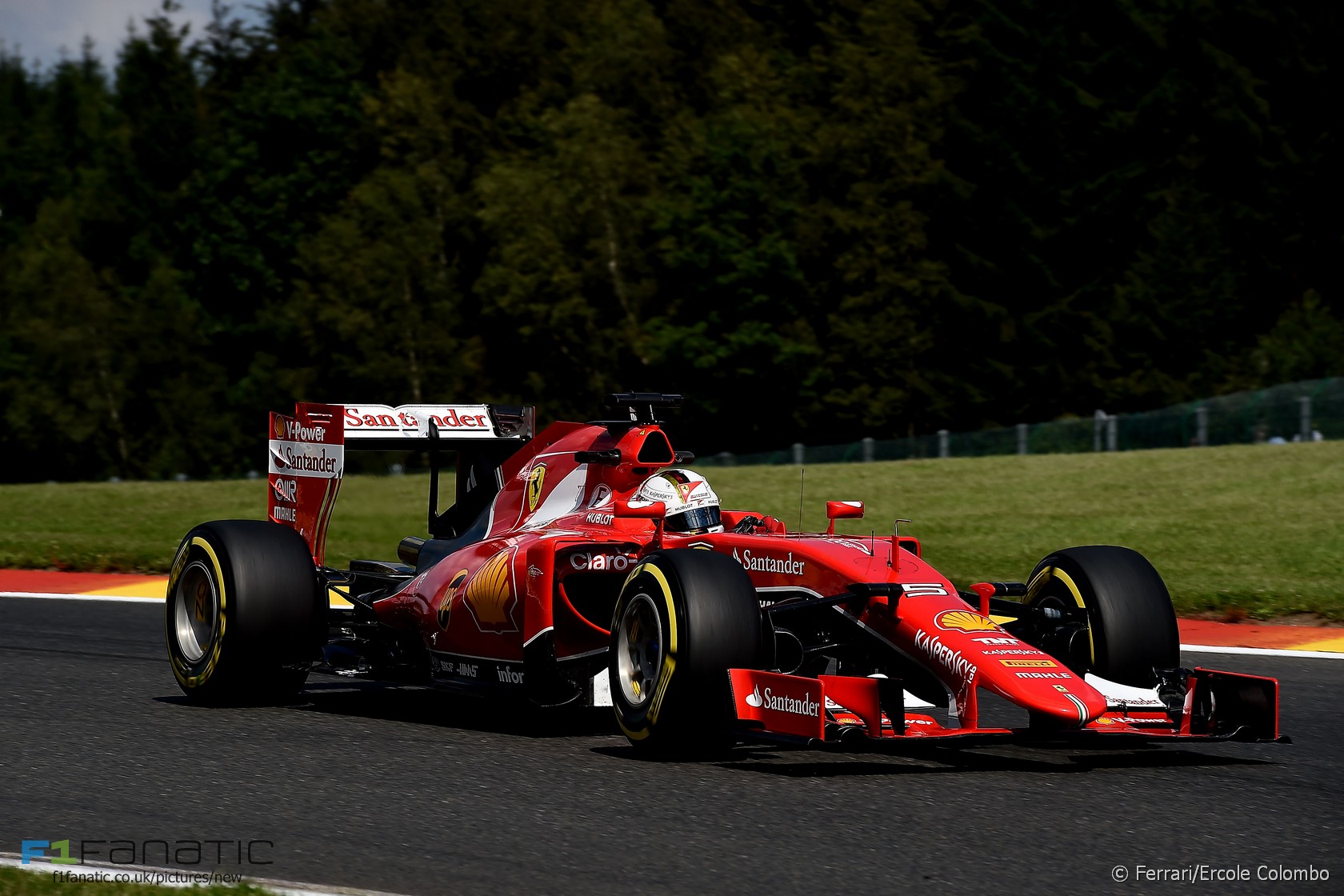 Sebastian Vettel says he does not blame his Ferrari team for the tyre blow-out which potentially cost him a podium finish in the Belgian Grand Prix.

In a statement issued on his website Vettel said: “Just to make it clear, the team and I jointly decided on this strategy.”

“I stand behind the team and the team is behind me,” he continued. “That makes us a team.”

“The strategy was at no time a risky one. The team is not to blame.”

Vettel’s tyre failed on the penultimate lap. He was trying to complete the race without pitting for a second set of tyres.

Earlier in the race Vettel had been heard on the radio suggesting the team “think about an extra stop if it makes sense”. The tyre failure meant he failed to score points for the first time this year.