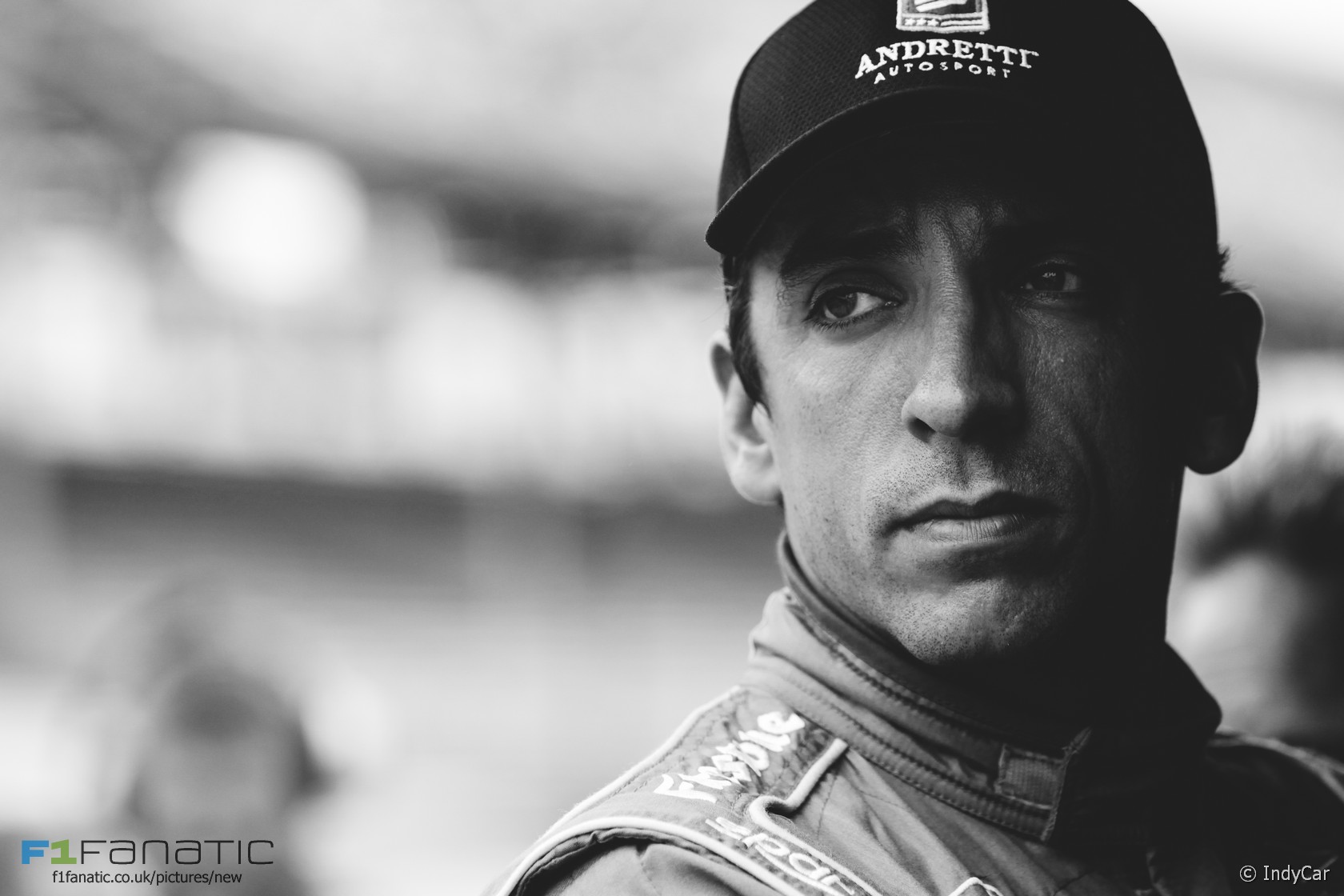 Thanks to his qualities as a racer, Justin Wilson overcame the significant obstacle posed by fitting his 1.9-metre frame into the cockpit of a single-seater racing car.

He made it all the way to the top, arriving in Formula One with Minardi in 2003. Despite piloting the slowest car on the Wilson distinguished himself with rocketship starts and sheer grit.

He demonstrated both in the Malaysian Grand Prix, his second F1 race, where from 19th on the grid he propelled his Cosworth-powered car into an improbable eighth place by the end of the opening lap.

However shortly afterwards the straps worked loose on his HANS Device – a recently-introduced safety feature. Wrestling his car around in the Sepang heat without power steering, his arms increasing numbed by the loose HANS frame, Wilson plugged on in spite of the pain as long as he could. After 41 gruelling laps he headed into the pits: his arms were by now paralysed, and it took several minutes to extract him from the car and take him to hospital for treatment.

Flying starts became something of a trademark for him – he produced another in Spain, rising to ninth – but the shortcomings of the Minardi invariably limited his potential finishing position. However Wilson had done enough to impress bigger teams, and when Jaguar sacked Antonio Pizzonia with five races remaining they turned to Wilson. His spell at Jaguar got off to a difficult start: a start-line crash ended his first race in Germany, and technical problems sidelined him at the next two events. With limited running in the team’s car he struggled to match the pace of regular driver Mark Webber, who Wilson had comfortably beaten to the Formula 3000 crown in 2001.

However in a rain-hit race at Indianapolis Wilson was at his best, getting his R3 as high as third before his tyres began to drop off. Eighth place yielded the single point of his F1 career.

By now Jaguar’s parent company Ford was beginning to complain about the cost of running its F1 team. For 2004 the team sought a driver with backing, which was bad news for Wilson, who had already resorted to an unconventional share issue scheme to raise the money to reach F1. Red Bull eventually stumped up $20 million to put Christian Klien in the car.

That spelled an end to Wilson’s F1 dream, but he was soon welcomed into America’s open wheel racing scene. Wilson was a major force in the final years of Champ Car, keeping Sebastien Bourdais and the top Newman/Haas team honest with his young RuSport squad.

For 2008 Bourdais had left for F1 and Wilson finally had a top drive. But the 13-year split between America’s two single seater series had finally run its course, and ChampCar merged into IndyCar. Racing a new car on mostly unfamiliar tracks, Wilson nonetheless followed up his four ChampCar wins with his first IndyCar triumph, at Detroit.

Dale Coyne could be compared to Wilson’s first F1 team Minardi in terms of the success they achieved in IndyCar racing. So Wilson’s victory for them at Watkins Glen in 2009 – ending their 25-year wait for a win – must rank as one of the all-time great underdog triumphs. Seeking to move up the grid he moved to Dreyer and Reinbold the following year, but it 2011 he injured his back at Mid-Ohio and missed the last seven races of the season. Back with Coyne in 2012, he took his final IndyCar victory at Texas Motor Speedway: his first win on an oval. Earlier that year he also triumphed in one of America’s great endurance sports car races, winning the Daytona 24 Hours with Michael Shank Racing.

Wilson’s 2013 IndyCar campaign was arguably his most impressive, despite being win-less. Super-consistent points scoring for Coyne saw him end the year sixth in the points standings. But a disappointing 2014 season left him without a regular drive.

In 2015 Wilson appeared to on the verge of a break. He secured a part-time race deal with the top Andretti team, which also included a one-off outing for their Formula E team.

Off the back of a second-place finish at Mid-Ohio Wilson qualified seventh for the 500-mile race at the Pocono superspeedway. In a hectic, crash-filled race he had slipped towards the rear of the field when race leader Sage Karam hit the wall.

Before his crash, Wilson’s performances for Andretti had raised hopes that a full-time return to IndyCar racing might be on the cards for 2016. The last time he saw the chequered flag, at Mid-Ohio, he finished in second place after an audacious pass around the outside of championship leaders Juan Pablo Montoya and Graham Rahal.

Remember him this way: