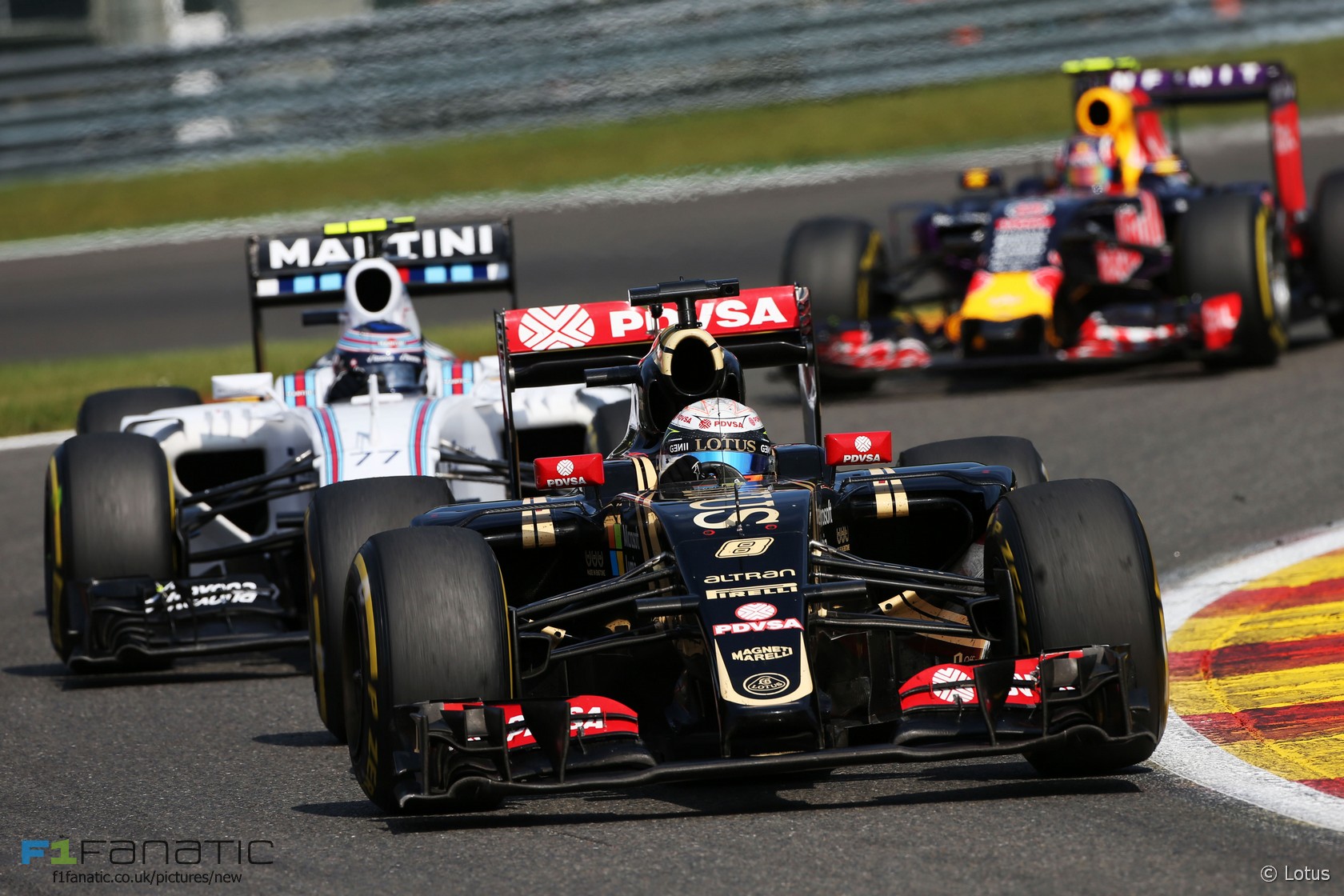 Romain Grosjean says Monza should be an even stronger track for Lotus than Spa, where he scored the team’s first podium finish of the season on Sunday.

“On paper, Monza should suit our car better than Spa,” said Grosjean, “so in theory a podium could be possible again.”

“Of course, we don’t know how our performance relative to our rivals will stack up until we get there, but I’m certainly going out for the strongest result possible, as I always do.”

“You need your car to be as slippery as possible and quick in a straight line,” he added, “and in that regard we’ve looked pretty strong so far in 2015.”

“Then we have to manage the tyre degradation. Also for us it will be tricky in the big corners like the Lesmos and the Ascari chicane because the less downforce you have then the more difficult it is to get good grip in the turns.”

Grosjean inherited third place at Spa after Sebastian Vettel suffered a tyre failure on the penultimate lap. However Grosjean believes he had a strong chance of passings the Ferrari in the final laps.

“I was closing in on him pretty quickly and I’d have done everything I could to get past him,” said Grosjean. “He’s a pretty tough competitor, but I was very determined at that point.”

“It’s only a shame that he did have his tyre issue on track as I was really looking forward to fighting him for that position and I’m convinced I would have taken the final podium spot.”

31 comments on “Lotus should be even stronger at Monza – Grosjean”