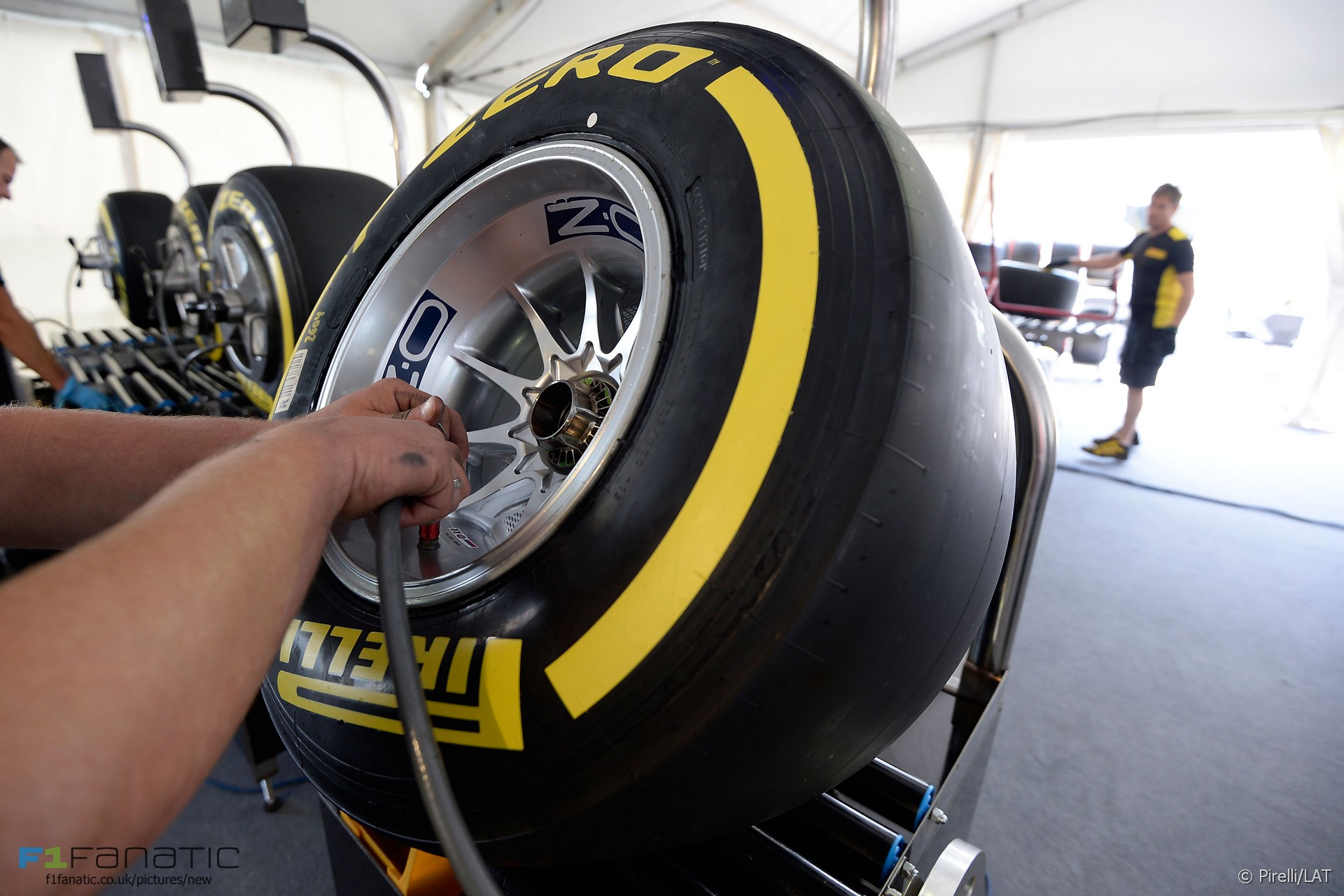 The tyre failures seen during the Belgian Grand Prix weekend were related to a “highly unusual number of cuts” observed in the tyres, according to the FIA.

A potential cause for the damage was not identified in a statement issued by Formula One’s governing body. However the FIA has accepted Pirelli’s explanation for the failures experienced by Sebastian Vettel and Nico Rosberg.

Following inspection of Vettel’s right-rear tyre Pirelli concluded that the heightened wear level contributed to the failure. “The remaining tread thickness on Sebastian Vettel’s rear tyres was approximately 30% at the time of the failure making the tyre more susceptible to damage from even small pieces of debris”,” said the FIA statement.

The FIA said it will “consider any safety recommendations made by the tyre supplier for the Italian GP and for the remainder of the season”. A Pirelli spokesperson told F1 Fanatic there will be “no changes whatsoever to any tyre regulations for this weekend”.

According to the FIA none of the tyres inspected during the race weekend showed signs of “internal delamination (hence fatigue)”. A selection of tyres from different teams were examined by cutting them open and by running others on a test rig to simulate race conditions.

“Microscopic examination was conducted on sections taken through some of the cuts found in tyres used by different teams in the race, the results showing one other case where the cut had reached the belt but without causing failure”.