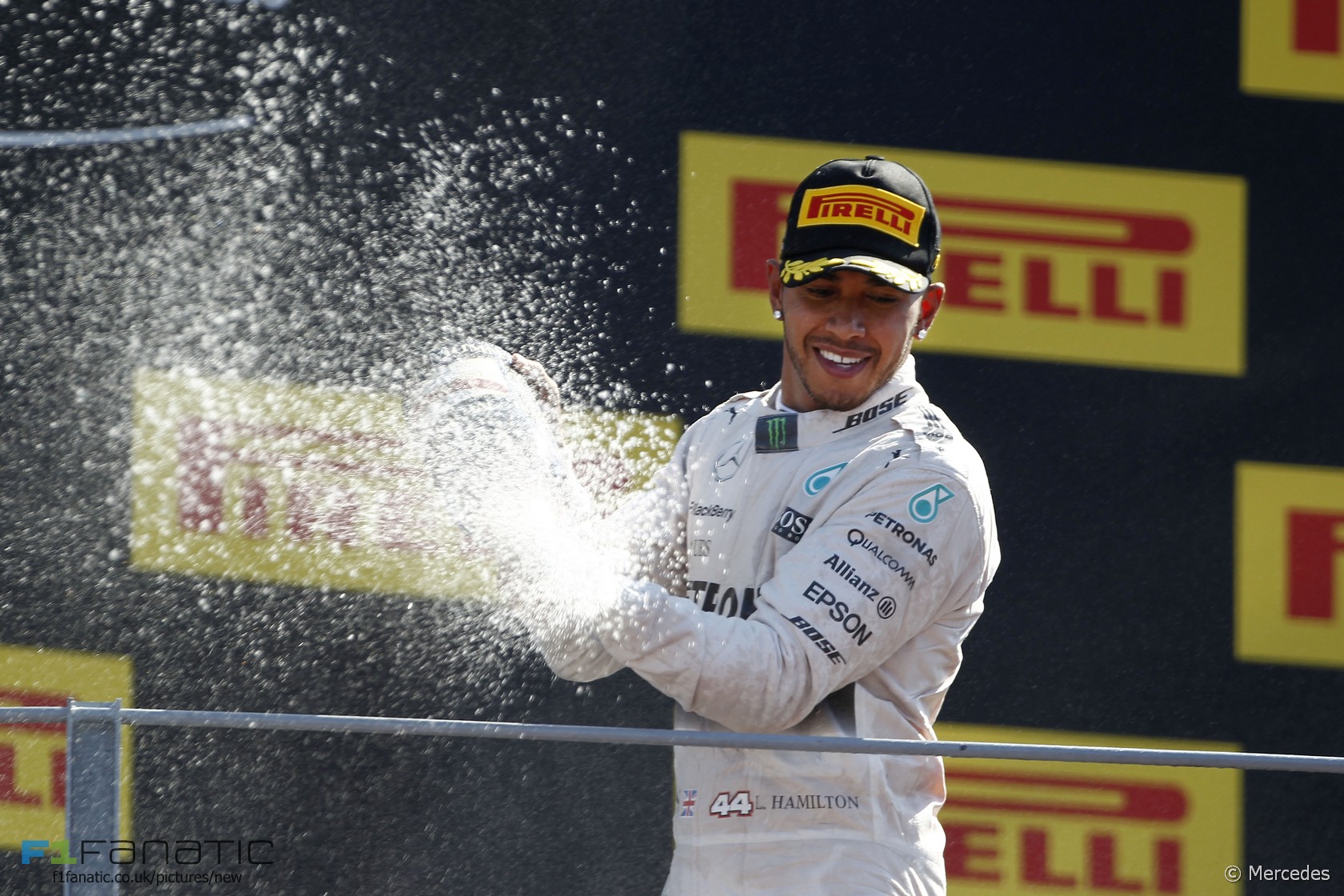 Lewis Hamilton’s victory at the Italian Grand Prix has been confirmed after stewards decided not to penalise Mercedes for a tyre pressure infringement.

Mercedes were investigated after FIA Technical Delegate Jo Bauer reported them to the stewards after both Hamilton’s and Nico Rosberg’s left-rear tyre pressures were found to be under the minimum specified PSI as per the regulations.

Despite Hamilton’s seventh win of the season appearing to be under genuine threat of being taken away, the stewards decided against taking any further action against Hamilton for the infringement.

Full clarification on the stewards’ ruling as posted by the FIA is as follows:

Having heard from the technical delegate, the team representatives and the Pirelli Team Tyre engineer, the stewards have determined that the pressure in the tyres concerned were at the minimum start pressure recommended by Pirelli when they were fitted to the car. In making this determination regarding the pressures, the Stewards noted that the tyre warming blankets had been disconnected from their power source, as is normal procedure, and the tyres were significantly below the maximum permitted tyre blanket temperature at the time of the FIAs measurement on the grid, and at significantly different temperatures from other cars measured on the grid.

Further, the stewards are satisfied that the team followed the currently specified procedure, supervised by the Tyre Manufacturer, for the safe operation of the tyres. Therefore the stewards decide to take no further action.

Nevertheless, the stewards recommend that the tyre Manufacturer and the FIA hold further meetings to provide clear guidance to the teams on measurement protocols.