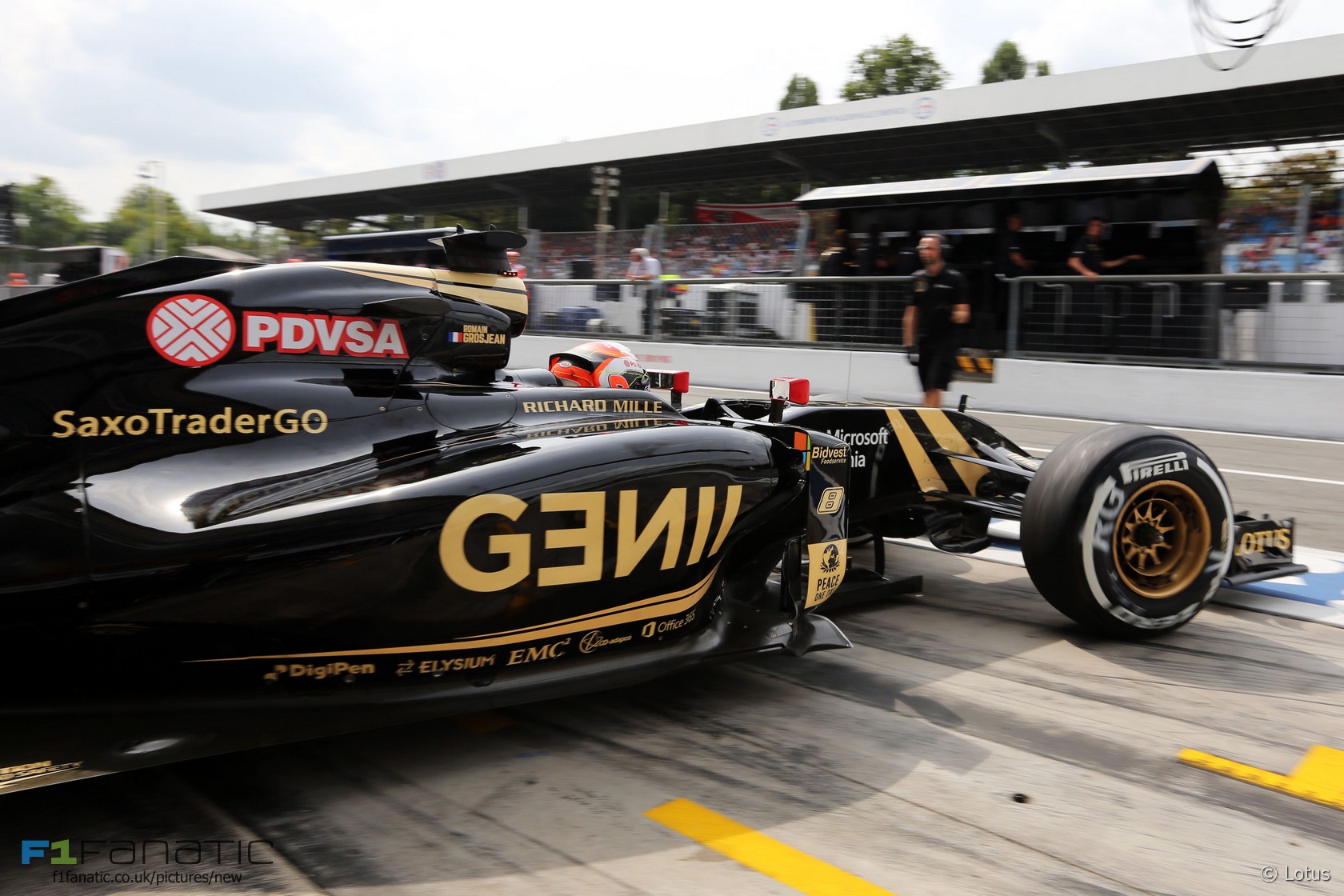 In the round-up: Lotus has switched its focus to next year’s car while a potential takeover by Renault remains unresolved.

"With our front wing we brought a new concept front wing to Spa and Monza and we’re kind of developing that a little bit so there’s plenty of little things to try on that. That’s more designed for next year and we’ll use it this year if we can make it better."

"Asked whether he has been reminded not to rebuke Pirelli in a public forum, Rosberg refused to confirm or deny it."

"In a eulogy, former F1 racer Jonathan Palmer said Wilson had 'died doing something he loved. He wasn't in denial about the risks.'"

Mark Webber: "Motorsport has had good and bad patches when it comes to these tragic events and when it is really close to home then it hits you even harder."

"The fans shouldn't think we are chickens for wanting safer cars. It's not the case but, through the DNA of F1, if there is a problem thrown at you, you have to solve it: so we can keep racing the fastest cars and not slow them down."

"Like with Kanye West: you are a rapper and nothing else. But then people camp in front of the shop that sells his trainers! These shoes were gone in seconds. I love that concept - and I am inspired by that."

Why Honda engine is a nightmare for McLaren & the solutions (BBC)

"(Honda's power unit) is in the region of 60-80bhp down on ICE power alone - in addition to a significant shortfall of MGU-H power, and the loss of all hybrid power (160bhp from the K plus whatever its H produces) at a given point on the straights."

Oops: Ferrari Corse Clienti driver bins his F2008, then the marshals have fun recovering it. Via @ChrisMedlandF1 https://t.co/1ZgWCQnWTz #F1

Thanks to F1 driver @ValtteriBottas for joining today's us at the ISSF Shotgun World Championship in Lonato, today! pic.twitter.com/uQ5uW9weiE As far as potential American F1 drivers are concerned Guenther Steiner reckons there is “nobody out there at the moment”:

Clearly he couldn’t care less about the impressive seasons Rahal and Newgarden had had in Indycar. Or the very good season Rossi is having in GP2. As he’s the most F1 race-ready US driver, clearly the best option would be to put him in a race seat alongside Vergne/Gutierrez (preferably Vergne), and Rahal/Newgarden as test and third driver. If they don’t have an American driver, the general public in the US won’t care, and why should they? It’s essentially a mostly foreign team with an Austrian in charge and race base in the UK.

An American driver could change all that, but the big question is, does Haas care? He stated publicly that his goal in establishing team, was to promote Haas Automation products worldwide. In the US he might think that his NASCAR team is enough. All in all, a very sad situation for US open-wheel fans. They’re being discounted completely and US drivers are suffering too as a result
Montreal95

Happy birthday to Sweetooth and Dimitris 1395!