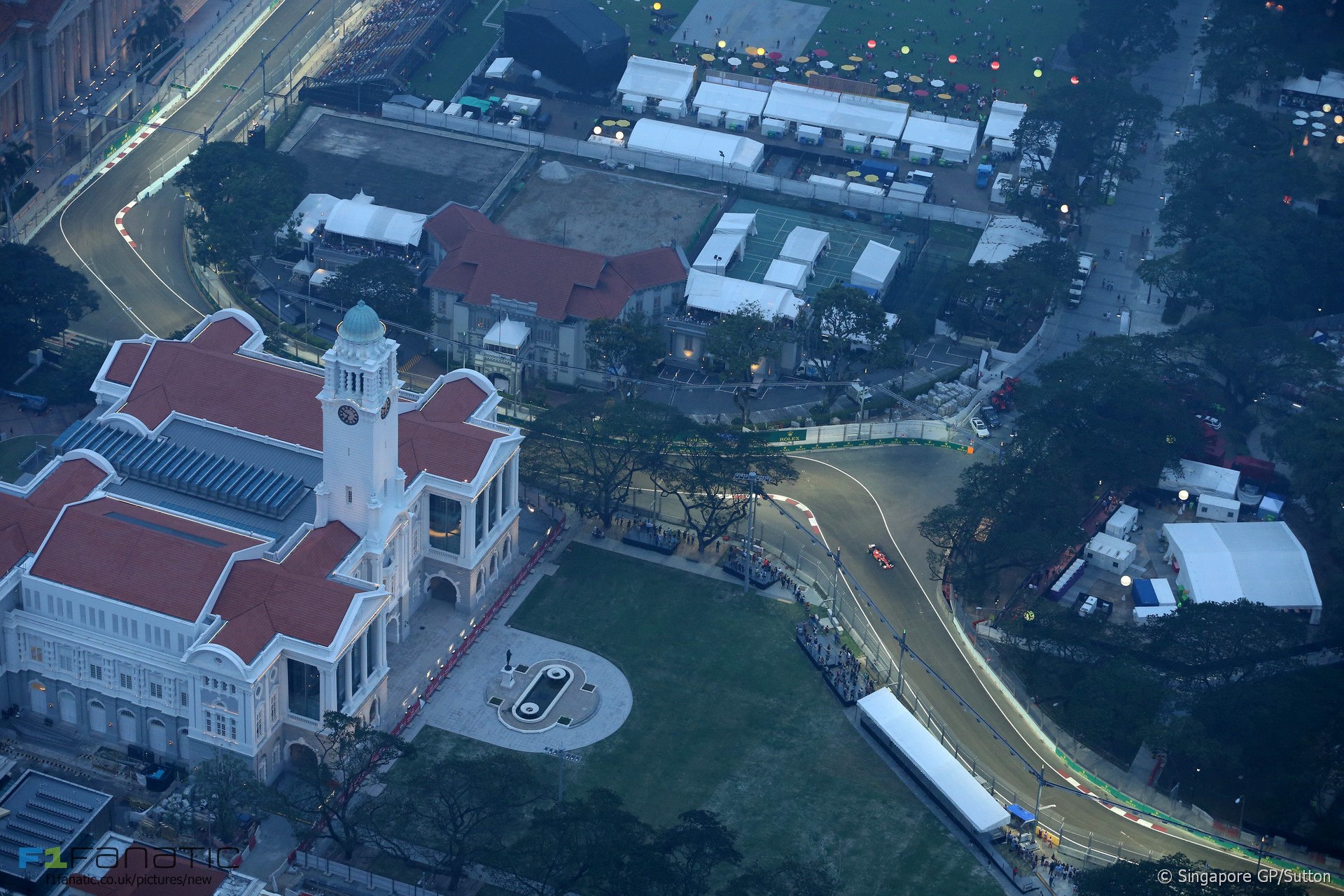 The alterations to the Marina Bay circuit in Singapore have drawn mixed reactions from drivers ahead of today’s race.

Turns 11 and 12 have been altered in order to send drivers across the opposite side of the Andersen bridge to what was used previously. This has created a more pronounced kink in the braking zone ahead of turn 13, which the race organisers hope will promote overtaking opportunities.

Fernando Alonso, who has won the race twice before, said he was “happy with the changes to the layout”.

“The track should be safer now,” he said, “and probably will offer a better opportunity for overtaking, as in turn 13 now there’s a very wide entry, so we’ll see different racing lines there on Sunday, and hopefully some action too.”

However his team mate Jenson Button offered a different view during practice on Friday. “The new bit of circuit, the safety there is questionable,” he said. “It’s bumpy, obviously no run-off.”

Lewis Hamilton has also criticised the alteration, saying it has made the track “worse” and questioning whether it was necessary to make any changes to begin with.