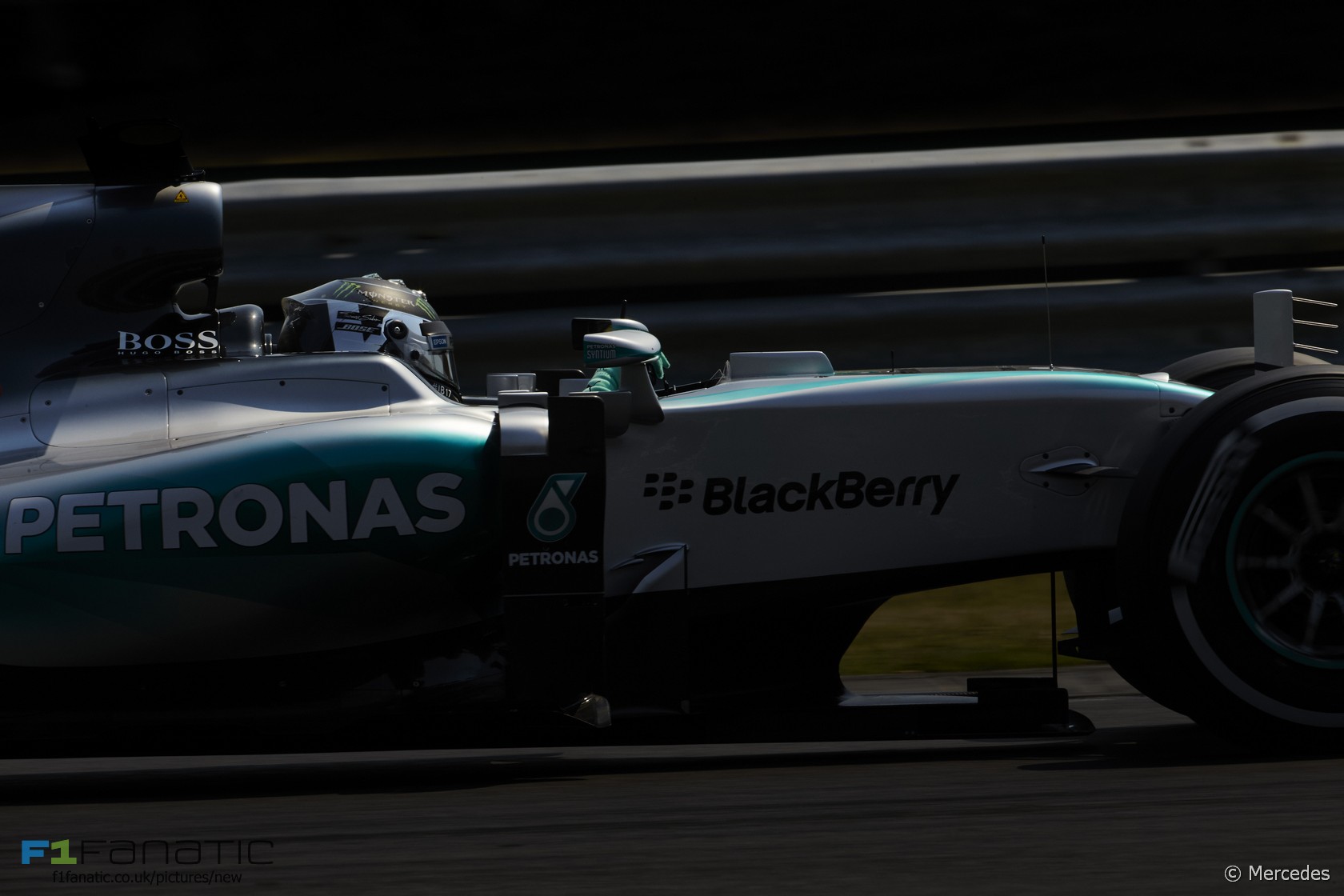 Nico Rosberg took pole position for the second time in 2015 after a close fight between him and Lewis Hamilton was interrupted by a major crash.

Red Bull driver Daniil Kvyat flipped his car after skidding off the track in the final moments of Q3 at Suzuka.

There were several unhappy drivers at the end of Q1 after Max Verstappen’s Toro Rosso stopped at the hairpin with an electrical problem, which prevented his rivals from improving their times.

They included Marcus Ericsson,who had spun off at Spoon on his first run. The Sauber driver managed to haul his way out of the gravel trap around the fringes of the turn, but the yellow flags for the Verstappen incident halted his final effort. Team mate Felipe Nasr joined him in the drop zone.

Jenson Button was also unimpressed, blaming a communication problem which left his car in the wrong engine settings for his first effort being too slow to make the cut. “With the position we are in we can’t make any mistakes,” he fumed on the radio.

The Manor pair failed to progress as usual, and Alexander Rossi’s unrepresentative lap time left him well outside of the 107% mark, leaving his participation in the race at the discretion of the stewards.

The Mercedes pair easily led Q1 and the same was true in Q2. Kimi Raikkonen, third, was seven-tenths of a second adrift, with the Williams pair close behind.

With Verstappen unable to participate any further in qualifying, just four of the remaining runners would be eliminated. Despite a superb effort, one of them was Fernando Alonso, who came within half a second off getting his McLaren into Q3 at Honda’s circuit.

Nico Hulkenberg had to settle for 11th place again as Romain Grosjean secured a place in the final ten for the beleaguered Lotus team. However the Force India driver will take a three-place penalty on the grid for the race following his collision with Felipe Massa in Singapore.

The opening salvo from the two Mercedes drivers was gripping to watch. The pair were separated by just hundredths, sometimes thousandths of a second through each sector on their first lap. Rosberg seized the initiative by a mere 0.076 seconds, but a scruffy middle sector from Hamilton hinted he could easily find more time.

Valtteri Bottas took up third place but a mistake by his team mate at the chicane allowed Vettel to provisionally claim a place on the second row of the grid.

The scene was set for a dramatic conclusion to the session, but the result was drama of a different kind. Approaching the turn ten kink Daniil Kvyat dropped a wheel onto the grass, over-corrected and made heavy contact with the barrier on the outside. The RB11 rolled and came to a rest upright, its driver unharmed.

The red flags immediately flew, and with just 36 seconds left on the clock there was no time to get the session restarted. Rosberg was therefore confirmed on pole position.