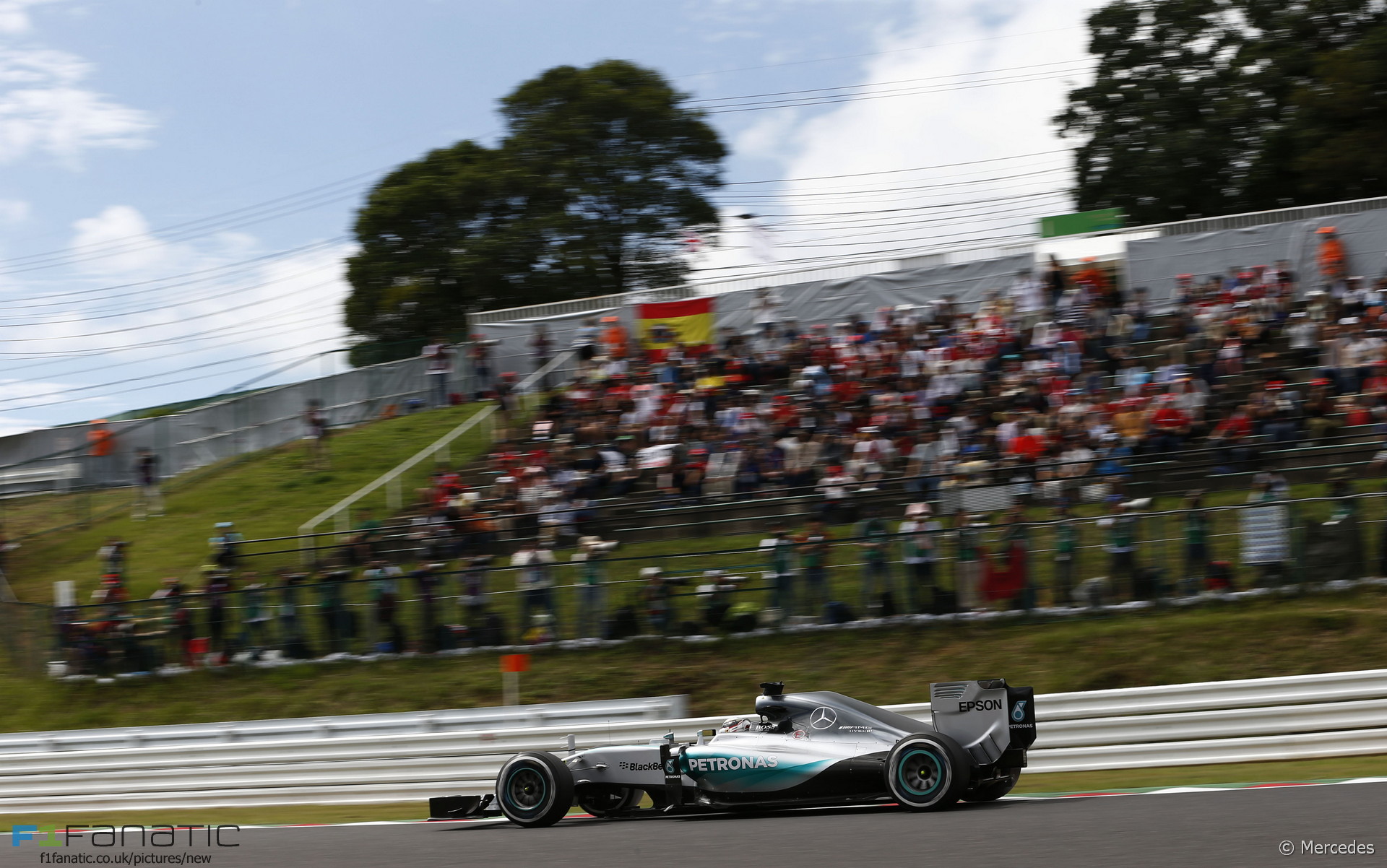 Lewis Hamilton claimed his eighth victory of the year in the Japanese Grand Prix after passing his team mate at the start.

Hamilton brushed Nico Rosberg aside as they went side-by-side through the first corners, leaving Rosberg to fall back to fourth place.

Rosberg reclaimed second place at the finish after passing Valtteri Bottas at the chicane and jumping ahead of Sebastian Vettel via the pits. Bottas subsequently lost fourth place to the other Ferrari of Kimi Raikkonen.