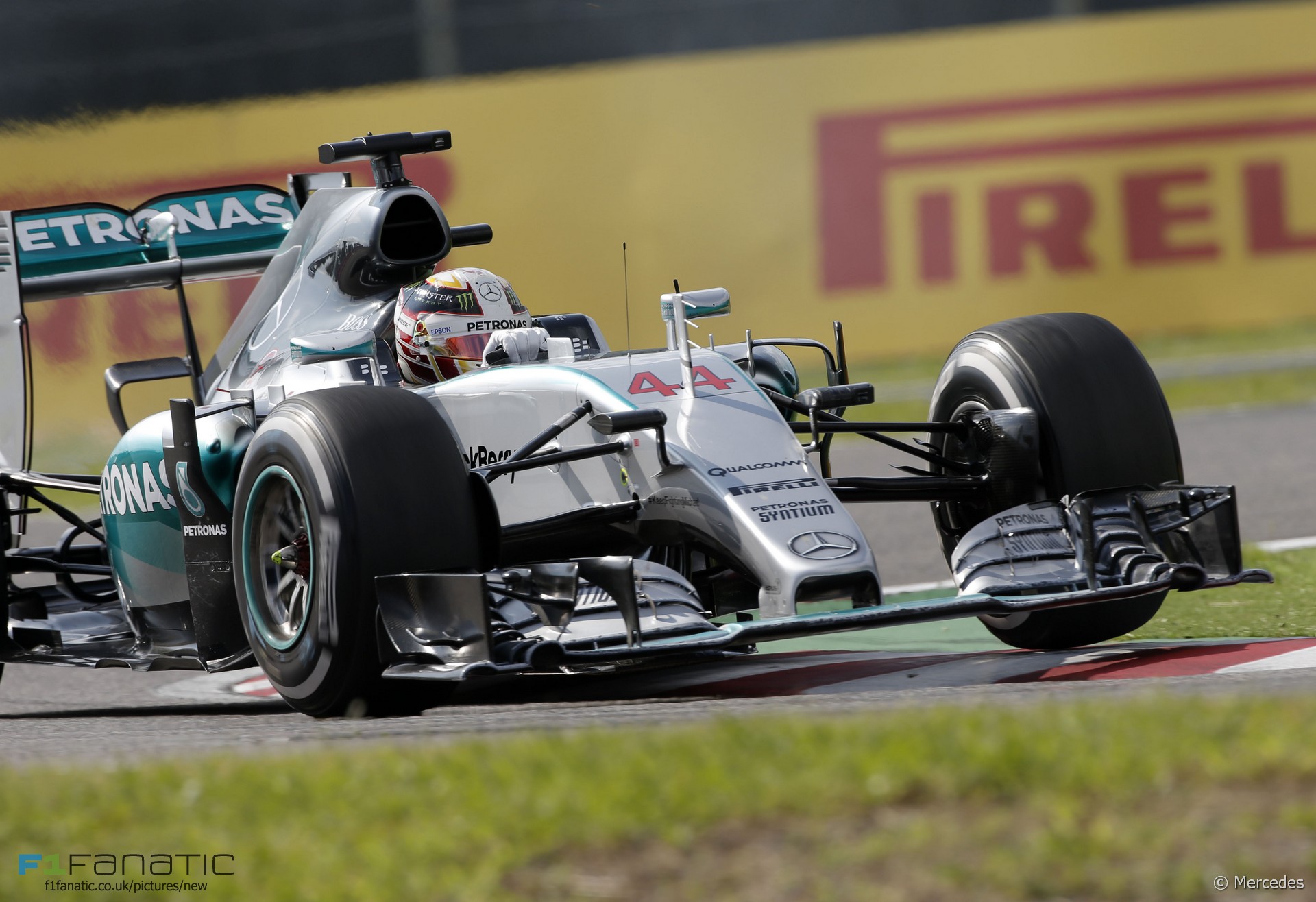 Despite having lost pole position to his team mate in qualifying, Lewis Hamilton lapped a full second quicker in the race.

The Mercedes pair both took sets of hard tyres for the final stint of the race – Hamilton’s were new, Rosberg’s used – and Hamilton’s first lap out of the pits was fractionally more than a second quicker than Rosberg managed just two laps earlier.

No one else got within one-and-three-quarter seconds of Hamilton’s pace in the race – a remarkable turnaround following the team’s sub-par performance at Singapore one week ago.

Hamilton was particularly pleased with how good his car’s set-up was as all the teams had missed out on dry running on Friday due to rain.

“This has been a circuit that I can honestly say that I’ve struggled [at] through all the years that I’ve come here,” said Hamilton, “but one that I’ve loved driving.”

“You really want to come here and dominate at a track like this. I was able to get the balance in the right place, my engineers did an amazing job – Bonno, Ricky and just the whole crew did a great job to get the car, with the short amount of time we had, in a beautiful window.”

“It was better today than it was even in qualifying. I was really able to work on my lines and improve and at the front there it was just a beautiful… it’s like sailing. When you go through the corners here, it’s flowing.”

After setting his fastest lap of 1’36.145 Hamilton back off considerably – his next-best lap was 1.7 seconds slower – yet he still had enough in hand to win by

All the lap times by the drivers in seconds. Scroll to zoom, drag to pan, click name to highlight, right-click to reset:

13 comments on “Hamilton fastest by a second at Suzuka”