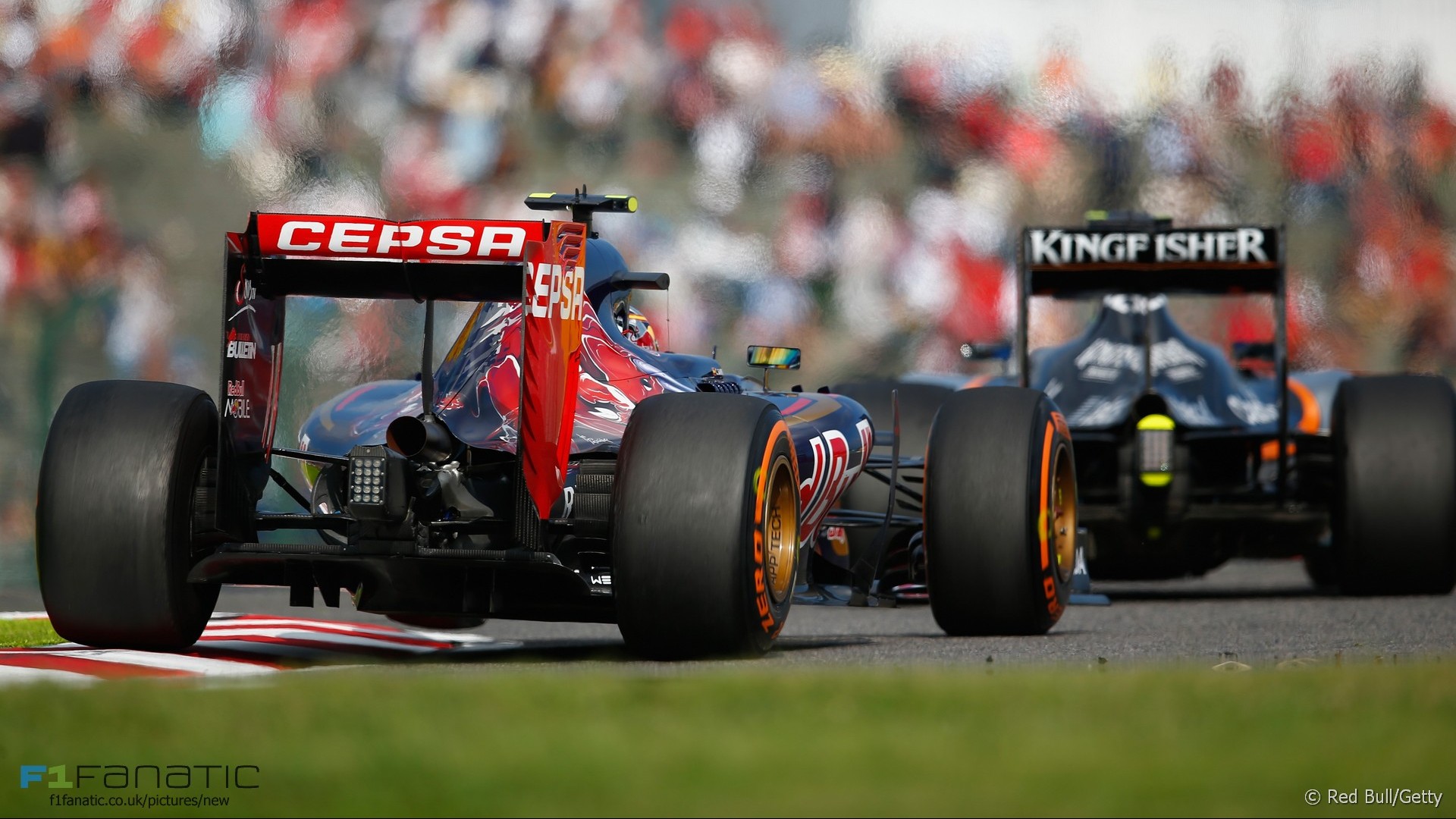 Carlos Sainz Jnr said his “rookie error” hitting the bollard at Suzuka’s pit entrance happened because he was trying to gain an advantage on Pastor Maldonado.

Sainz said it was “simply impossible to overtake the Lotus”, which he was running behind, so his team were trying to use his pit stop to get him in front.

“The team told me to do the opposite to Maldonado, and it looked like he was going to pit so I was meant to stay out on track,” Sainz explained. “But he suddenly continued on track and I was so aggressive on the turn into the pit entry that I hit the bollard and damaged my front wing.”

Sainz lost more time in his pit stop and fell behind Sergio Perez. The Toro Rosso driver said his rival was “slow in the corners but fast on the straights”.

“I destroyed my tyres behind him and in the end it was all about making sure I brought the car back home,” said Sainz. “The team did a very good job and I’m sure that we would’ve finished higher than P10 if it hadn’t been for my mistake – a rookie error that I will learn from.”

Despite his error Sainz believed it was one of his strongest performance so far.

“It was a good race until the mistake in the pit entry and I even think it was being one of my best races so far this year,” he said. “It was a good first stint on the [mediums] and an even better one on the [hards], I was really flying, catching the cars in front.”