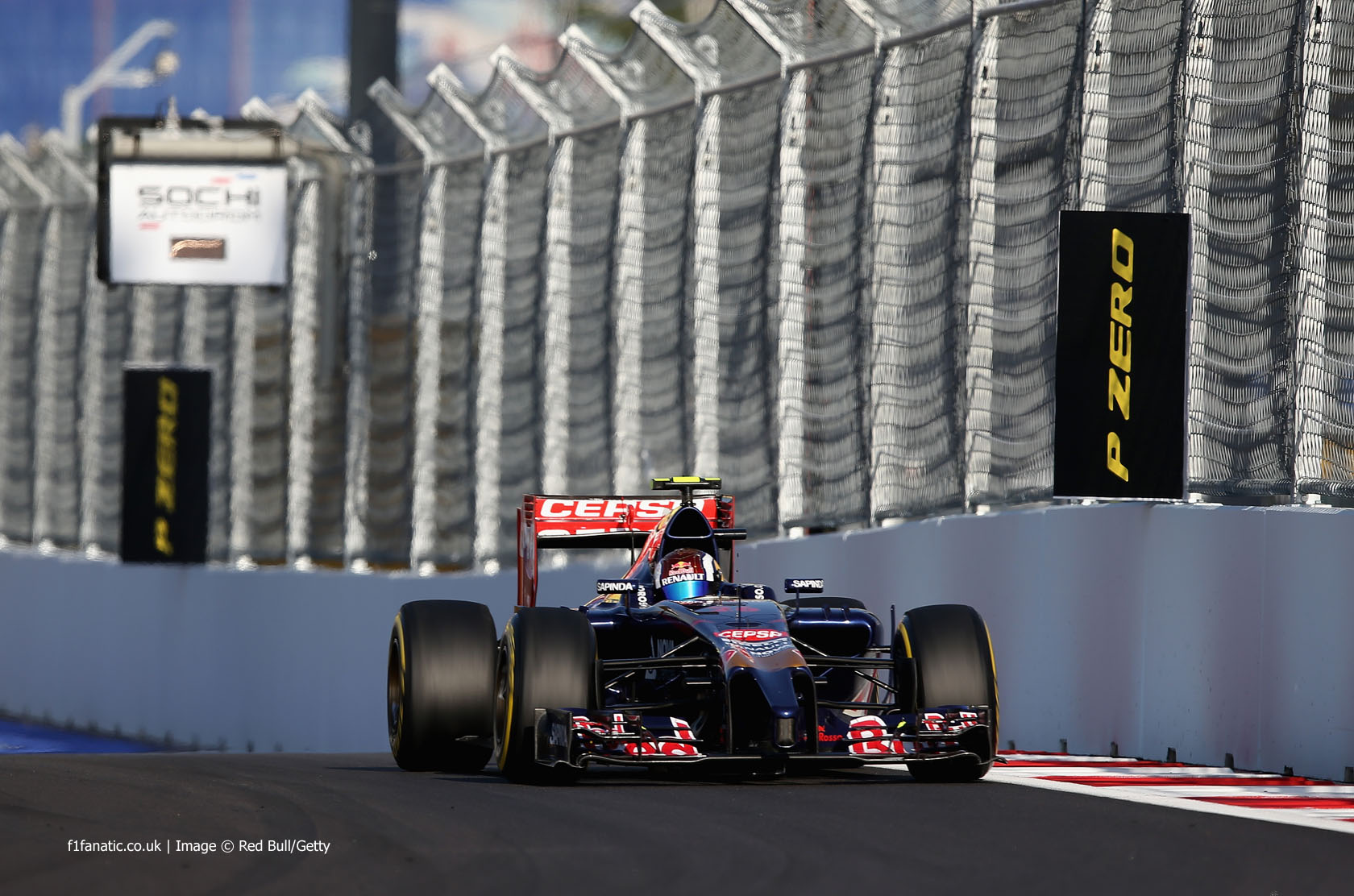 Daniil Kvyat is hoping to make up for the disappointment he suffered in his first race on home ground last year.

Kvyat, then with Toro Rosso, lined up fifth on the grid for the first Russian Grand Prix – his best qualifying performance at the time – but fell to 14th in the race.

“Qualifying was great,” said Kvyat, “but the race was just… how can I say this… well, it was crap.”

“We had problems with fuel consumption during the race and it was just a really disappointing day. I’m hoping we will be able to give the fans there something more to cheer about this year.”

The Sochi Autodrom is holding its second Formula One race this year. Kvyat said the track is challenging in places but lacks a “stand-out” corner.

“I would describe it as a classic modern-style track,” he said. “But what’s really important is that there is quite a lot of room for overtaking, which usually makes for good racing.”

“It does have some quite interesting, quite unusual sections. There are some challenging braking areas, in turn 13 for example. Also turn four is quite tough. I would characterise it as a very technical circuit.”

“It probably doesn’t really have a stand-out, balls-out corner, it really does make you think a lot and it takes some time to work out the best way round it. Having said that, it’s my home race and I enjoy it a lot.”