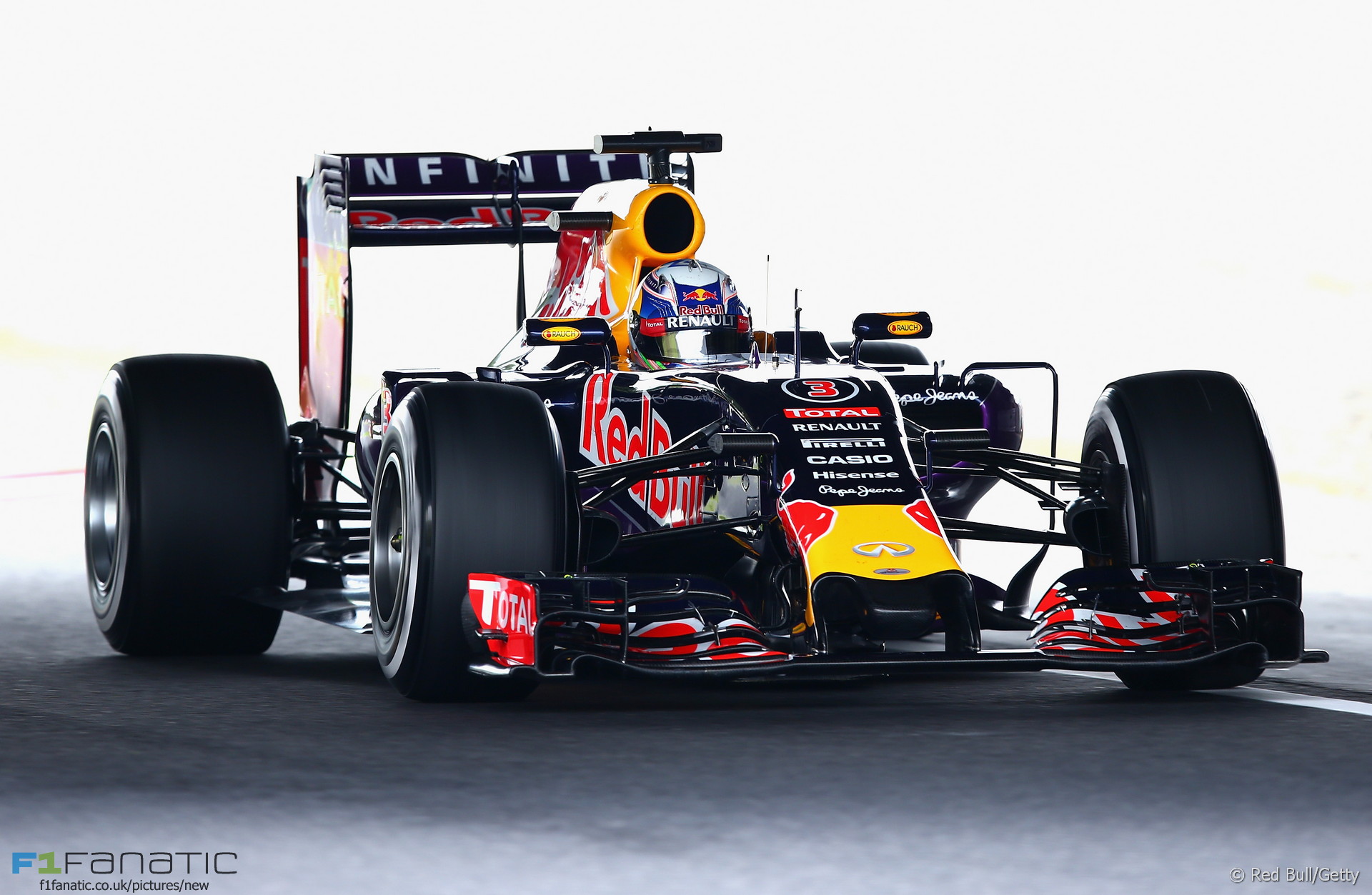 "I am not saying that Red Bull is not different to the others, it is a great brand. But a couple of years ago (in 2008-2009), within the space of 18 months, we had Toyota, Honda and BMW leaving the sport. They were three great constructors and F1 survived."

F1 warned of crisis at both ends of the grid (Motorsport)

"It is really symptomatic of the agreements that we have that a team like Lotus and Force India and Williams, are not getting the funding coming through with the distribution of income."

Gene Haas forecasts his F1 team's budget next year will be $100-110 million (£65-71m), comparable to how much he already spends on his four-car NASCAR team.

"All the top teams who are able will put a third car forward but at the moment, we hope that isn't the case."

"What are the essential elements of a great racing circuit? DK: Fast corners that make your heart beat faster. And long straights for good overtaking opportunities. Basically Spa, Monza, Silverstone or the Red Bull Ring - these kinds of tracks."

"A taxpayer subsidy to a company that is paying fees to a private-equity company with a £1.5bn turnover (which already receives broadcasting fees from the state-owned BBC) would not go down well with any of the electorate, nor would backing a sport already pilloried (largely unfairly) by the green lobby, or one that actually takes place in the UK only once a year."

Thank you for all the sympathy, but we are in and we are busy eating! ;-) #PaddockRumours pic.twitter.com/7cQlMIB2bd

Subtract 20,000ish from me and that's over three-quarters of a million comments from @f1fanatic_co_uk readers! #F1 pic.twitter.com/vX6lCYd0tP

The 2016 F1 calendar will hit a record 21 races next year: the more the merrier or quantity over quality?

21 races next year – I’m afraid I just can’t get excited by that, I prefer quality over quantity.

It’s this time of year where I get a bit of F1 burnout as it feels that after Europe we are just dragging things out and going through the motions until we reach the finale and/or the championship is decided.

Interlagos and Suzuka stand out as the only real highlights in this drawn out journey. Maybe I’m just reminiscing about the nineties where F1 would leave Europe and then head to Suzuka and Adelaide for a swift crescendo. Suzuka and Adelaide brings me back to quality over quantity…
David Reid (@Unicron2002)

Michael Schumacher won his third world championship title on this day 15 years ago at Suzuka: