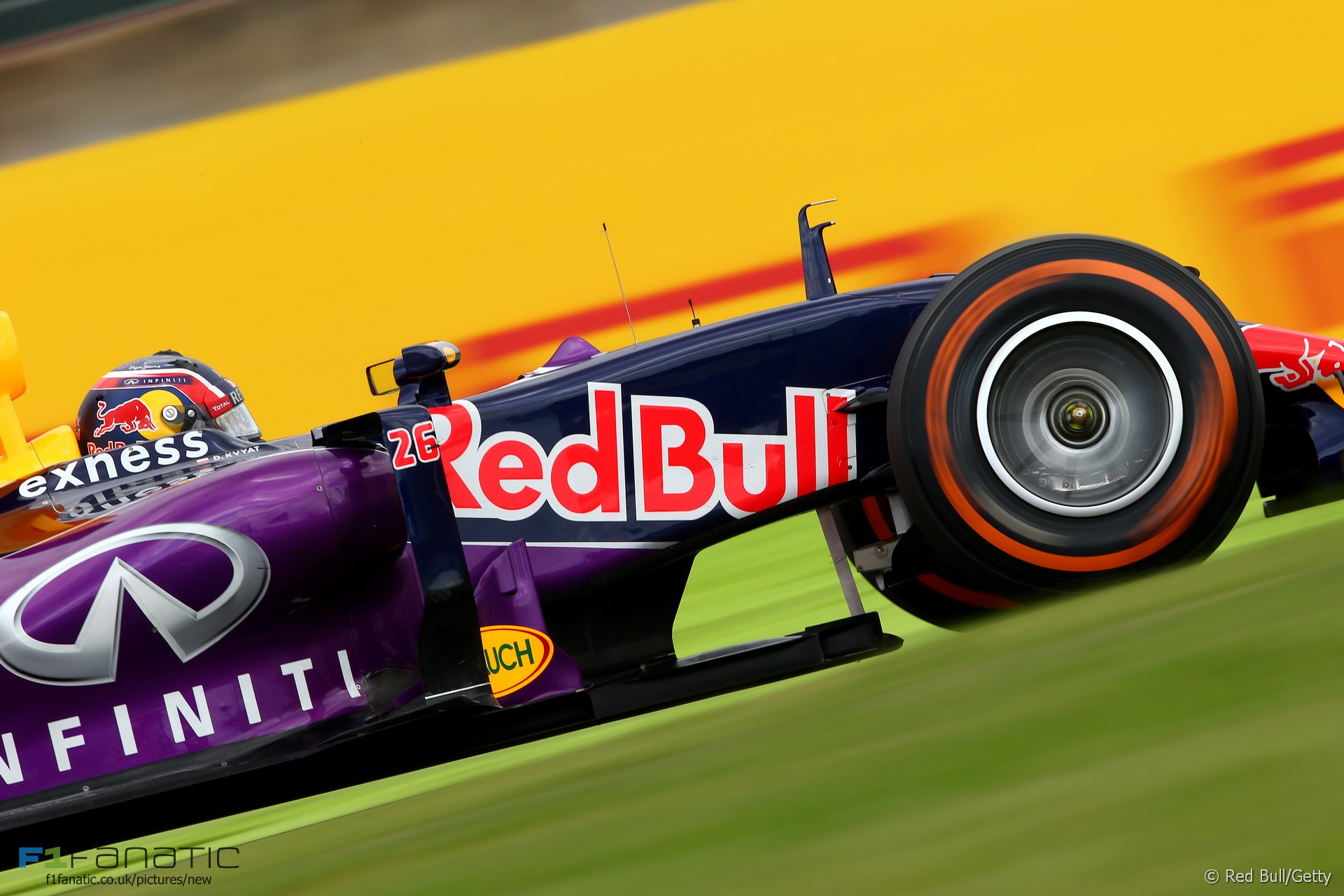 In the round-up: Lewis Hamilton finds Red Bull’s threats to leave F1 because they don’t have a competitive engine “really odd”.

"It seems really odd for me, having witnessed Red Bull’s success, and then the moment that they don’t have success, it is like they have been upset about it but I have not seen that with any other team."

"I feel that quite often the new generation of tracks don't grasp the true essence of F1. I know there are restrictions to do with safety and so on but the circuits often feel too calculated."

Small teams had 'no choice' on F1 deals (Autosport)

"What's it got to do with Niki Lauda? Lots of people were unhappy about things. He came and talked to me about something else."

"(Bahrain 2014) was like a karting race and that is why karting is so much fun to watch. If we had that in Formula 1 every weekend, we would probably go crazy because it is too exciting. I'd love to have that with me and Sebastian."

"Stephen Ross, the 75-year-old owner of the Miami Dolphins American football team who heads the consortium, and CVC, the private equity group that owns 35.5 per cent of F1, have “shaken hands” on a possible deal, said two people close to the negotiations."

CVC does not want to sell F1 stake - Ecclestone (Motorsport)

"I am not selling. That is what the problem is."

"It is a simple thing we have known for years already, the radios usually end up on the TVs. I think it is good for spectators and TV. It makes it more interesting for them to hear what is going on."

"'Months and months back I said it to Mr E himself that I can’t sell tickets for a s*** product,' Allen added on the eve of this weekend’s Russian Grand Prix. "

Silverstone not under threat (The Sun - subscription required)

"Allen says he was misrepresented by comments he made about Formula One being a 's*** product' with reference to the sport becoming dull for fans."

"When asked if he knew whether the team would be racing next year, Maldonado said: 'Who knows? I hope so...'"

Bernie Ecclestone: 'I can’t make these people do something...' (Adam Cooper's F1 Blog)

Bizarre to see @SilverstoneUK boss going down the slagging off F1/Sylt route. Does he not want anyone to buy tickets?

Also interesting to note how his "shit product" quote has been taken all out of context.

Sounds to me the "journalist" has cut and pasted an old interview together to make a bombastic article.

HAM on Russia: "I want to come back at some stage and do some sightseeing, backpack kind of stuff." Journalist: "You said that in 2012!"

Button worries drivers might say things 'in heat of the moment' – perfect! Otherwise they are interviewed with minder holding tape recorder.

Fernando Alonso reaffirmed his commitment to McLaren yesterday – but how seriously should we take it?

It is actually quite interesting to review F1 Fanatic articles that contain Alonso’s comments on Ferrari during his final two years there. Here are some that I found:

5th September 2013: “I still have three-and-a-half more years with Ferrari which I intend to respect and hopefully to increase a little bit and, as I say, try to finish my career with the best team in the world, which is Ferrari.”

3rd September 2014: “It’s a year now that I’ve been saying I want to stay at Ferrari and extend my contract. That’s my wish, I repeat it every two weeks, at the end of every race.”

18th September 2014: “It’s sad when these [Vettel] rumours are created in Italy […] It’s a shame as it’s not helping Ferrari […] it’s not clear to me what is the purpose of these rumours coming from Italy.”
@Girts

Kimi Raikkonen scored an astonishing victory in the Japanese Grand Prix from 17th on the grid ten years ago today: