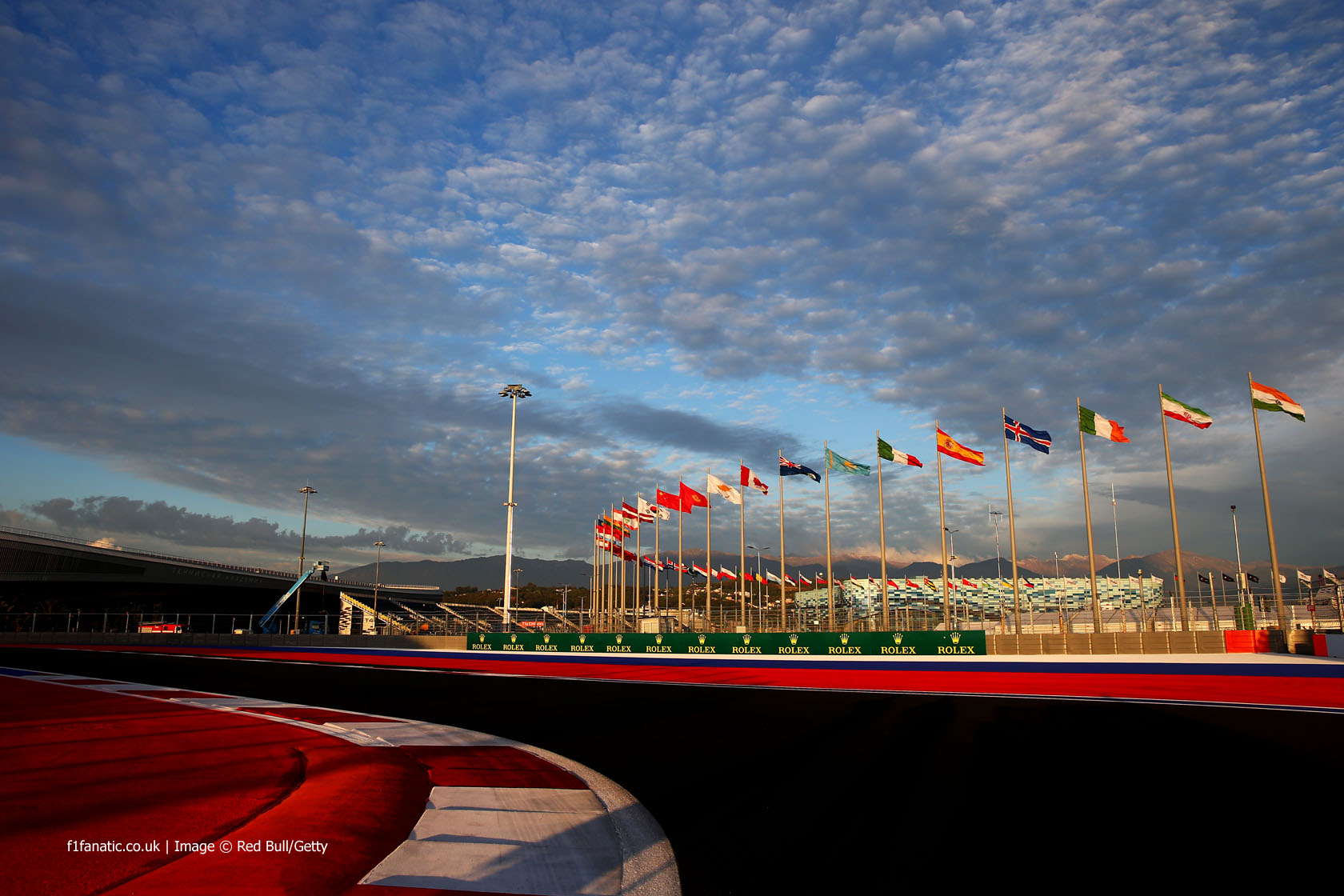 The first practice session for the Russian Grand Prix was delayed by at least 30 minutes due to a “diesel spillage” on the track, according to Formula One Management.

Marshals worked to clear a large spillage around turn eight on the Sochi Autodrom.

Practice began at 10am local time as scheduled however as a large-scale cleaning programme was in operation the cars remained in their garages.

The affected area was sluiced with water and cars were able to take part in the session half an hour after it began. However all the drivers chose to use intermediate or wet weather tyres.