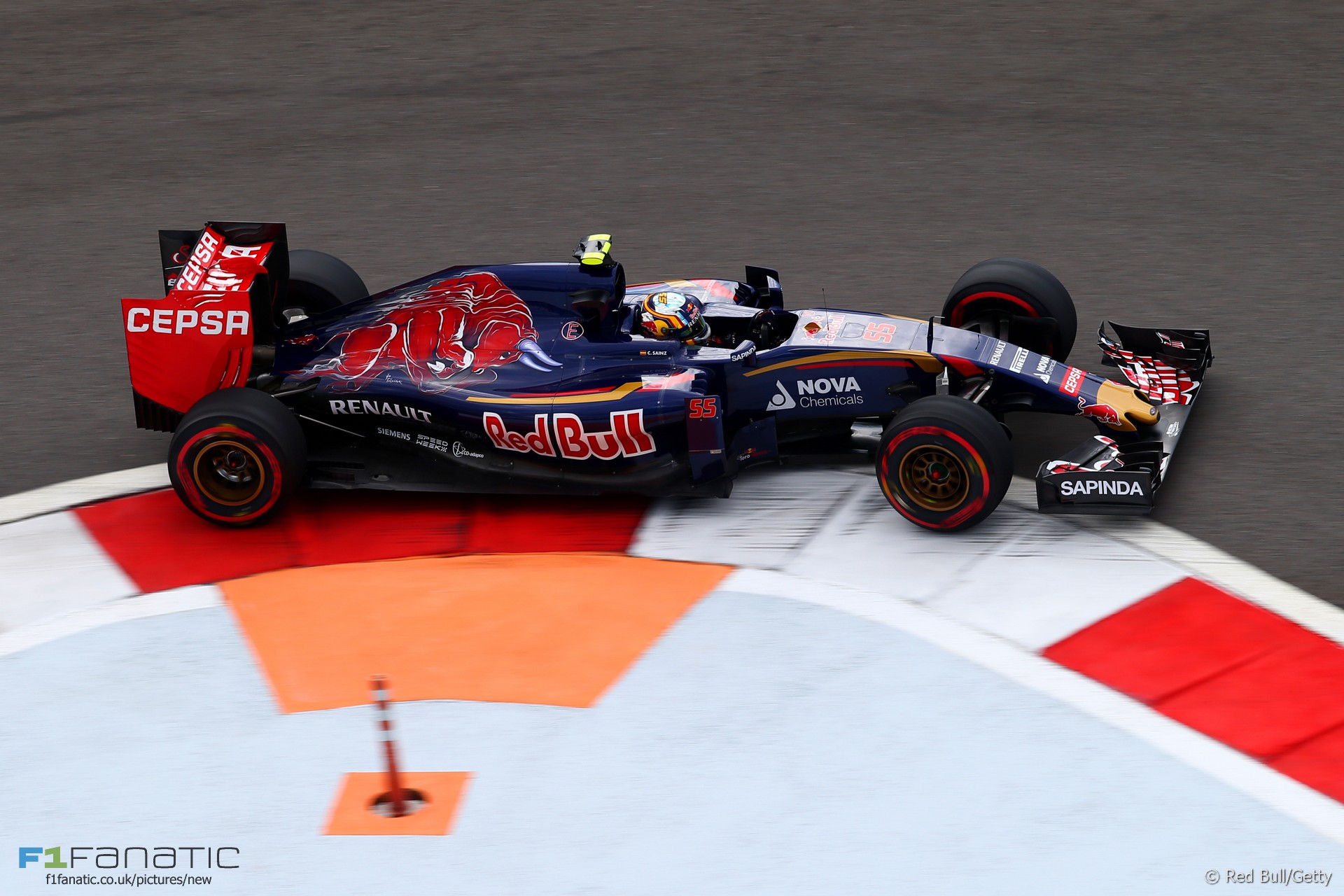 In the round-up: Several drivers have expressed concern at how Carlos Sainz Jnr’s car ‘submarined’ beneath the barrier during his crash yesterday.

"We shouldn’t be able to go under the barriers because then they are not doing what they are supposed to, which is slow you down before you hit something hard, which he did."

"Obviously as the car slides under the Tec-Pro barriers, you first thoughts are 'I hope they haven't gone inside the safety cell'."

"We have some experimental parts in the car, in preparation for next year, so we need to finish the race to give them as much mileage as possible. The cars are in different configurations, to get comparative data, so from that point of view it’s also an interesting weekend even if we’re not competitive."

"Yes there are discussions, but I'm honestly not sure what the right way forward is. Do we want to have qualifying races, reverse grids?"

"People like to go to the circus and see the high-wire act. It is dangerous. They do not want to see the guy fall, but it could happen."

"Western Europeans don’t really understand Russians. It’s hard. In Italy for example, if you go 50 kilometres north or south, there is a different culture. Imagine 3,000 kilometres between London and Moscow."

Red Bull will not rule out Renault partnership in 2016 (BBC)

"Is it likely we'll be with Renault? Difficult to see that would be the case but in F1 nothing is impossible."

Futile bid to visit circuit museum. Staff told me it was shut until after Sunday's race. Lost in translation or commercial genius at work?

Gary Anderson has been in touch. Says "you don't have to be a brain surgeon to realise this was always going to happen with low noses"

"What a beautiful backdrop for the GP in Sochi" said nobody. Ever.

Will be a boring race again. VET on supersoft same lap time as HAM on sofr. And NAS 2 s off…

Horner live on BBC: "Eddie talking out of his arse as usual". #unacceptable.

Just spoke to Murray Walker to wish him a happy 92nd birthday. He's a very special man indeed. A truly lovely human being, a real character

How well did the barrier perform in Carlos Sainz Jnr’s crash?

Have the energy-absorbing barriers done their job of protecting Sainz from the energy of a very high speed front impact, or has the way that the car ‘submarined’ under the barriers, trapping Sainz inside the car with the barriers covering his helmet caused more danger to him than it has prevented? If so, we really need to urgently question whether these types of barriers are fit for purpose.
@Willwood

‘Fon’ was born on this day in 1928. His full name was Alfonso Antonio Vicente Eduardo Angel Blas Francisco de Borja Cabeza de Vaca y Leighton, Marquis of Portago, which explains why his competitors in the early years of the world championship called him ‘Fon’.

He was the first Spanish driver to stand on the podium at an F1 race, 47 years before Fernando Alonso, when he shared second place in the British Grand Prix with Peter Collins in 1956. However Alfonso de Portago died the following year when he crashed during the Mille Miglia. His co-driver and nine children were also killed.

29 comments on “Drivers concerned about barriers after Sainz crash”