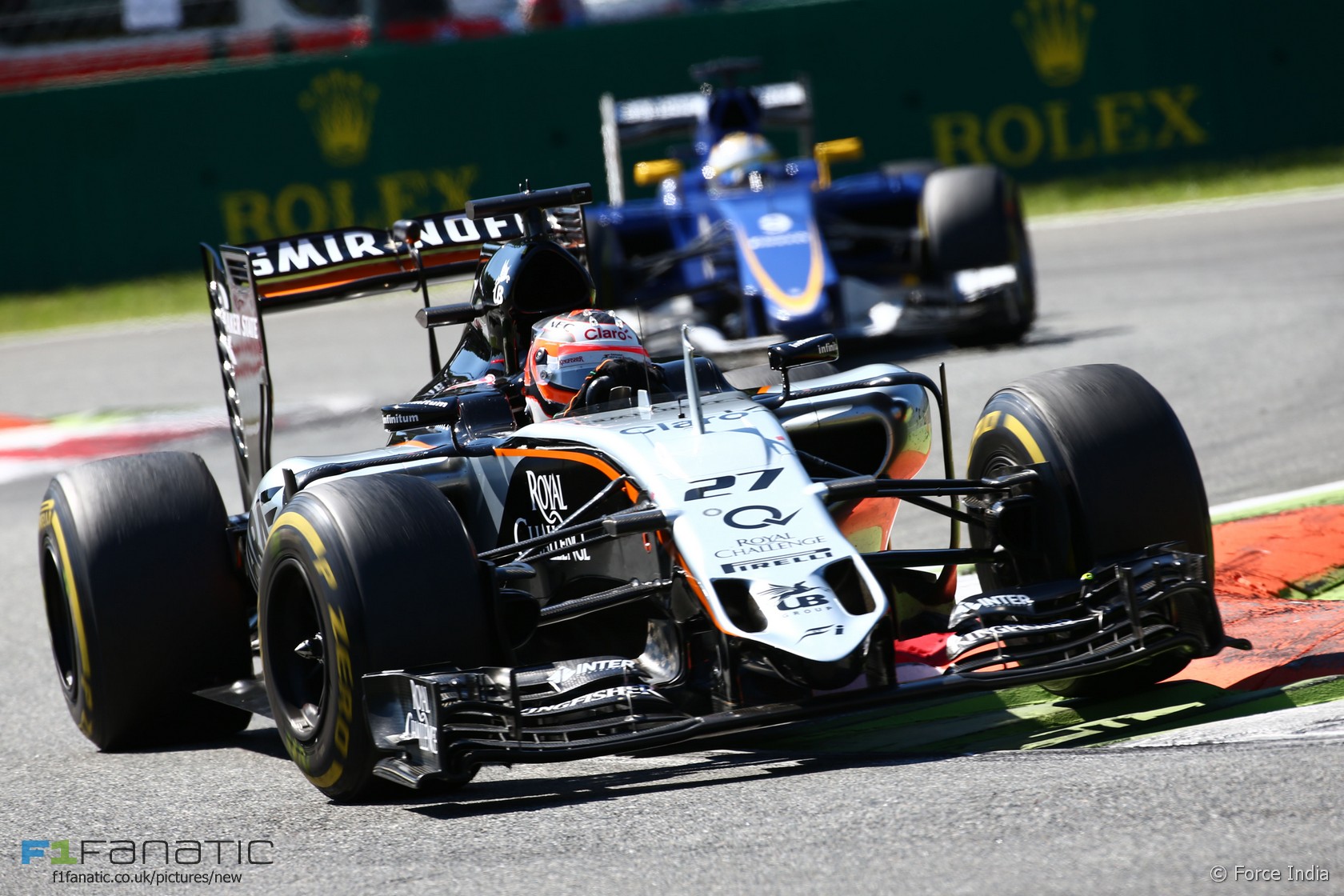 In the round-up: Bernie Ecclestone says the two team who have complained about F1 to the European Union failed to manage their finances.

"I don't exactly know what (Force India and Sauber's) complaint is. Maybe they're spending too much money that they don't have. They don't seem to be able to organise a budget properly."

"Just that bit of dizziness in the first 10 laps behind the safety car. I opened up my visor and it improved."

"I released the steering wheel, kept my muscles strong, closed my eyes and waited for it to be over."

"One change that has been approved is for the tyres to be slightly narrower than first proposed, because of concerns that the higher drag produced by the original concept offsetting all aerodynamic gains."

"I don’t think it was something completely stupid that I tried."

"From where we are it’s difficult to realise but people who look at my performance, they can see that I’m at my best moment in my career and that’s something that makes me confident."

Beginning the day with a visit to @McLarenF1 to repair relations with our new neighbours, ahead of them moving in. pic.twitter.com/bZ9tmqrhne

Just eavesdropped on Russian TV interview with Bernie: "We'll be here for as long as I'm alive," said Mr E.

Very amusing moment in press conference – all grid girls in the back of the room, Vettel gives out Hamilton's room number…

.@therealdcf1: "What was interesting was this was a better race for the fact the tyres weren't degrading and the drivers were able to push"

One of the very best drivers in lower categories for a few years – he beat Kvyat to the Eurocup title in 2012, then finished runner-up as a rookie to the more experienced Magnussen and Palmer in Formula Renault 3.5 and GP2 respectively. This year he’s been untouchable.

He was arguably worthy of a chance in F1 in 2014, he should have raced this year and he absolutely must race in 2016. It would be a big shame if he doesn’t get the opportunity he’s continously proven he deserves.

Hopefully McLaren-Honda is a front-runner when Alonso and Button retire a year or three from now, and Vandoorne gets the chance to fight for grand prix victories.
@Enigma

The first Russian Grand Prix was held on this day last year and received the fourth-lowest ever score in Rate the Race at the time: