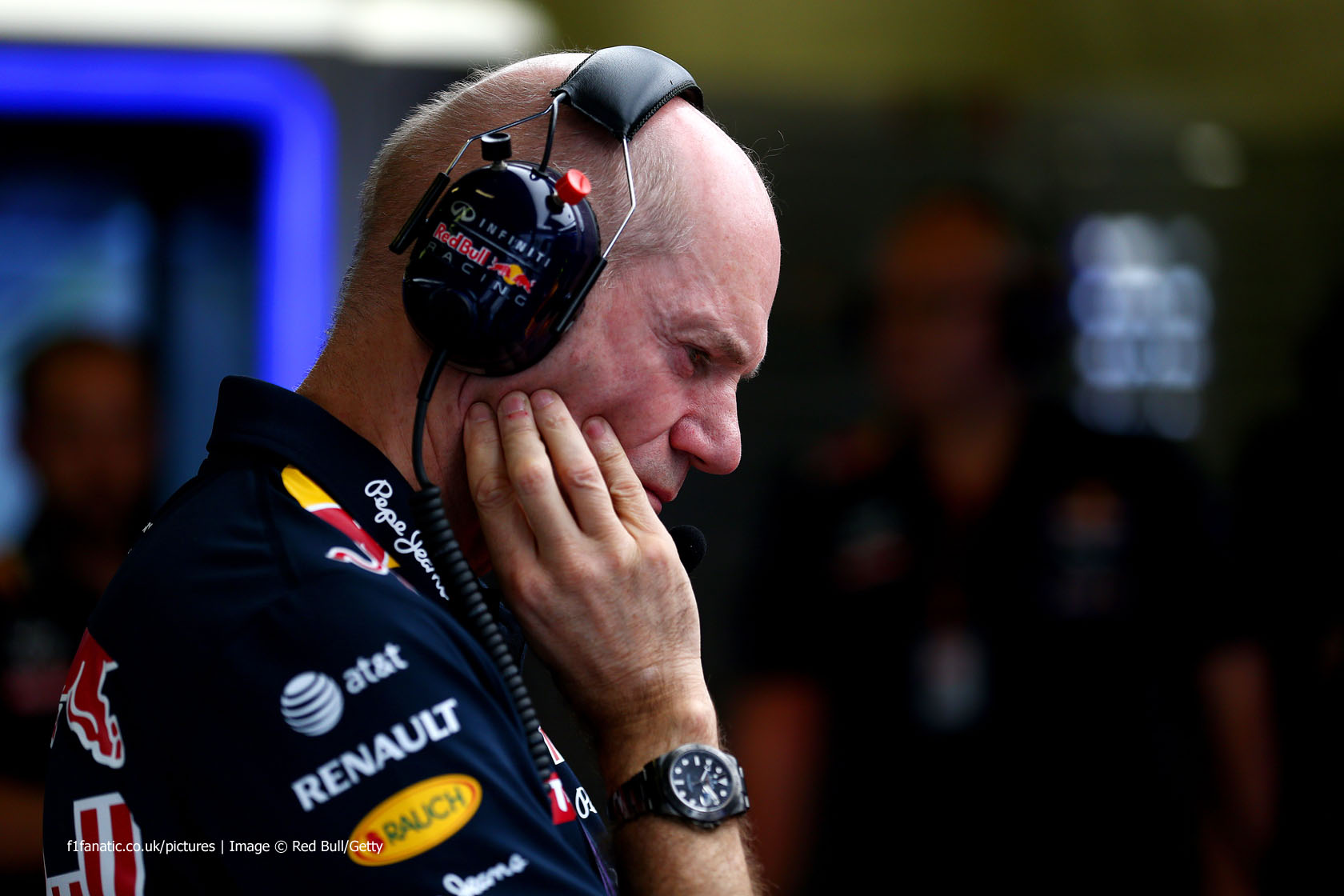 In the round-up: Red Bull chief technical officer Adrian Newey says the team’s rivals are too afraid to supply them with engines.

"We’re possibly going to be forced out of Formula One -- Mercedes and Ferrari have refused to supply us out of fear."

"We have made a good step forward this year but we need to do as much again the following year."

"He said the complaint process could not now be stopped, even if a deal was offered."

"I don’t know what the thinking was behind it really, doing it there and the last lap, and that far away."

"Cars are overtaking us in places you would not expect. Into Turn 12-13, if I don’t deploy they’re coming at me sort of 40-45kph quicker."

Pirelli will get F1 tyre tests in 2016 (Autosport)

"The question is whether you can test on a current car, a current car modified or does it need a bespoke car, so there are plenty of question marks with regard to the practicalities of how we go testing, but it will happen."

"Hulkenberg's rear tyres were well below temperature at the start - that crawling formation lap by the Mercs - and the rear of the car just looped around."

"The more you invest in the technology, you take away the driver effect. The people want the drivers fighting."

Human rights and the future of Formula One (The Guardian)

"F1 published a human rights statement in April this year, which was a welcome step. But, given that shortly afterwards it announced a 2016 Grand Prix in Azerbaijan – where in 2015 the already worrying human rights situation has deteriorated rapidly – it remains unclear how seriously the company is taking these commitments."

Baku on the map (Paddock Magazine)

"I also struggle to understand the logic of why Formula 1 goes from Europe to North America (Canada) for one race then comes all the way back again. I am sure there are reasons for that though, even if it won’t be a comfortable travelling process for most professionals in the sport."

Updated index of all the driver penalties so far this year: http://t.co/b7EmP9JvIy #F1 #RussianGP pic.twitter.com/xGf6fExCut

#F1's most entertaining driver at it again: https://t.co/vSY795Cxp5 @danielricciardo #F1F

Lewis Hamilton now has as many wins with Mercedes as he had with McLaren.
@Bleu