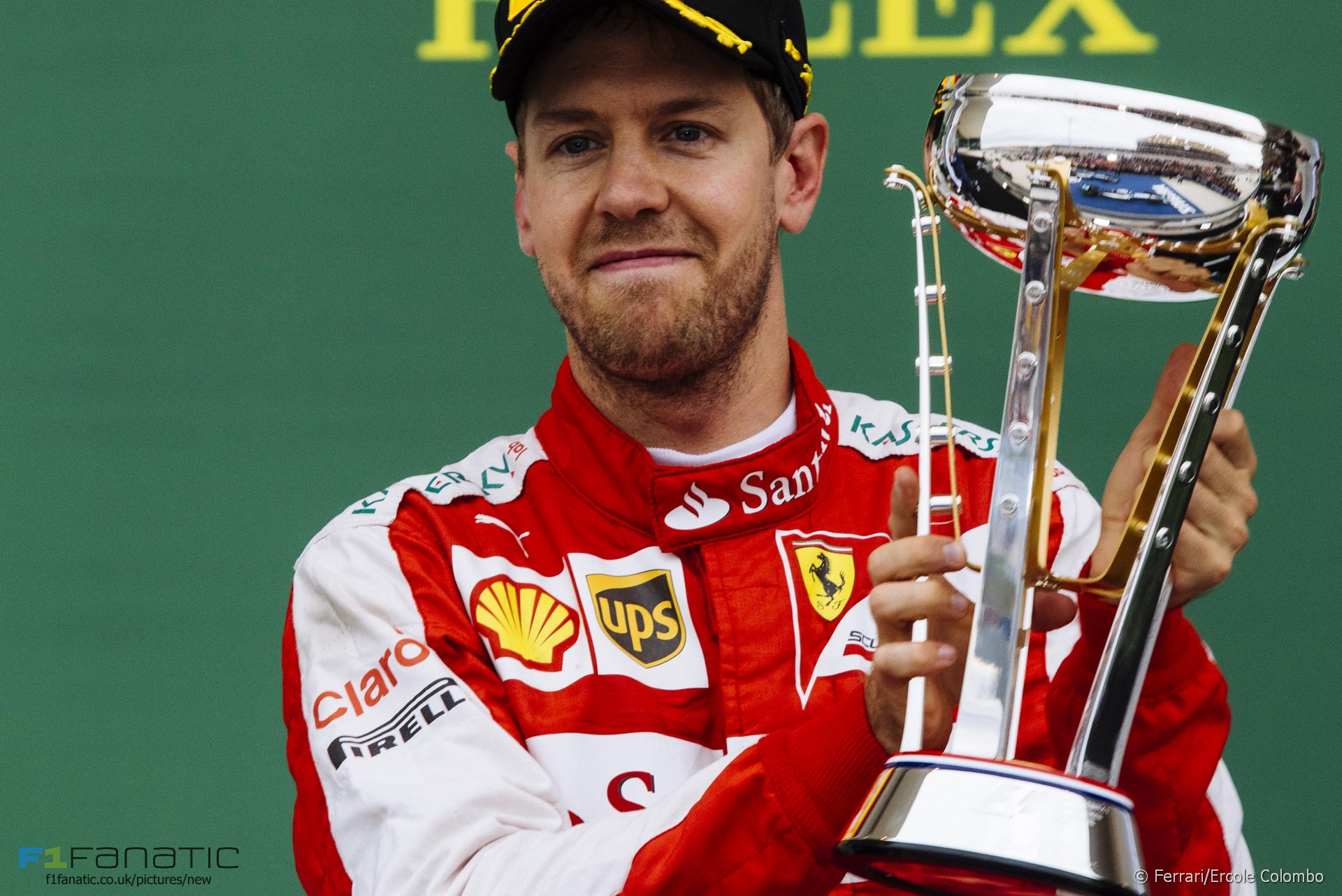 Sebastian Vettel said third place was about as good as he could have expected having started from 13th on the grid.

Having started 13th on the grid due to a grid penalty the Ferrari driver made up six places in the first lap alone, putting him on course for a podium finish.

“Today it was another great race, a great recovery and the car was fantastic,” said Vettel. “I think you can’t ask for more if you start from P13.”

“A good first lap helped a lot and after that we had the pace, especially changing to the dry tyres in mixed conditions. We seemed to fly for a few laps, a couple of seconds quicker than everybody else.”

Vettel gambled on a switch to medium tyres when the Safety Car came out in the middle of the race and could have been in a position to jump ahead of the Mercedes pair had there not been further interruptions later on.

“Maybe without the last Safety Car we could have won the race,” he said, “but if ‘ifs’ and ‘buts’ were candy and nuts…”

However he felt he could have given Nico Rosberg a harder time for second place on the last lap. “Maybe I should have taken more of a risk with Nico,” he said, “but it was not possible.”

28 comments on “Vettel hails ‘great recovery’ after climb to third”