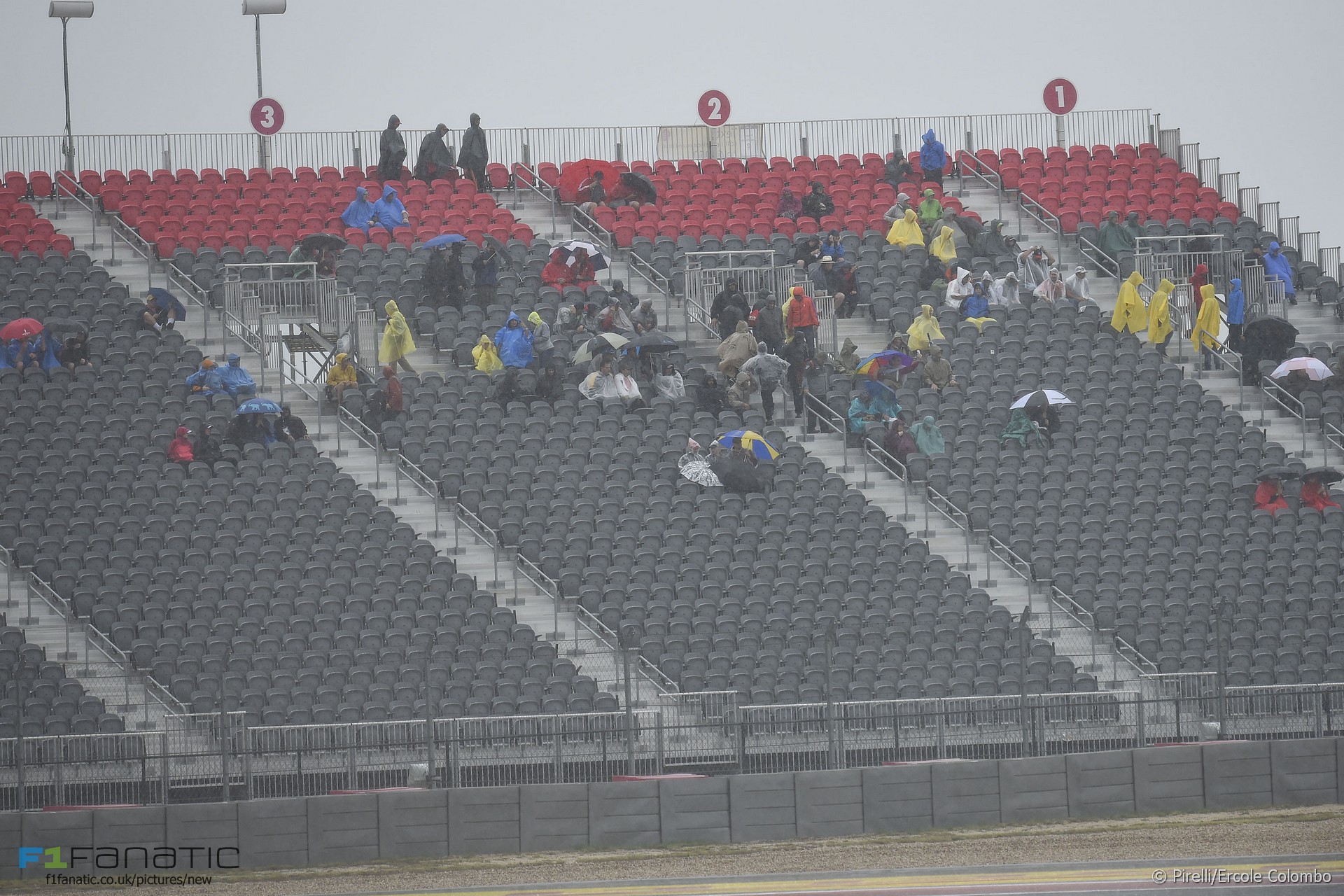 In the round-up: United States Grand Prix promoter Bobby Epstein says the combination of a rain-blighted race weekend and the competition for spectators from the Mexican Grand Prix will cost the Circuit of the Americas operators “millions”.

A 'tough weekend' for Austin’s Formula One after rain, Mexico race (Austin-American Statesman)

"Epstein said a confluence of problems last weekend resulted in 'a financially devastating weekend for the company' that operates the track and is still losing money."

"I would love for it to be in South Africa. They are great sporting fans and are just petrolheads who love cars."

"We don’t want suppliers suffering. We know we’ve got to draw down because we need it through the winter period because we don’t get any payments. We’re being a bit more proactive this year in making sure we’re ahead of the game rather than behind it."

"We brought Honda into Formula One and we don't want to share. That's it."

"If they wanted to stay out – for one year, two years, three years – we’d be happy to have them back."

"Unless Renault gave us the go ahead we couldn't move. It would be in breach of contract, and there is a much bigger picture involving Renault and Mercedes than Formula 1, such as the joint factories in Mexico."

"Christian Horner obviously understood the significance of that request. He knew that he had the possibility to terminate the 2016 contract, and over the Hungarian GP weekend, he set the wheels in motion to do just that, possibly more quickly than Wolff had anticipated."

"Fuel consumption over one lap is expected to be quite low so energy recovery is less critical in Mexico than at other circuits."

Well, we're here folks! And it's raining in a way we never thought possible, even after last week. #MexicoGP pic.twitter.com/rJbok5NYPj

#F1 Just arrived at the track. Media centre has no windows. Can't see out on the track. Not impressed. #MexicoGP pic.twitter.com/AxQF7ehGRD

No podium in the pit lane in Mexico. It's been put in front of the grandstands instead. Atmosphere will be electric. pic.twitter.com/ggbUXRUhVY

F1 returns to a truly historic location this weekend:

Having to pinch myself to see that F1 is coming back to Mexico City. I never thought I’d get to see a race there.

It’s been Tilke’d yes, but it hasn’t sprung up from scrub land (like Istanbul, Yeongam, Shanghai, Bahrain, Abu Dhabi, New Delhi, Austin), it’s on a historic and sacred site rich in F1 history that has seen the likes of Jim Clark, Ayrton Senna amongst many more of F1’s legends race there. And that’s something that Tilke can never design.

Benetton clinched their only constructors’ championship title 20 years ago today in the Japanese Grand Prix, won by Michael Schumacher.

54 comments on “Rain plus Mexican GP “financially devastating” for COTA”