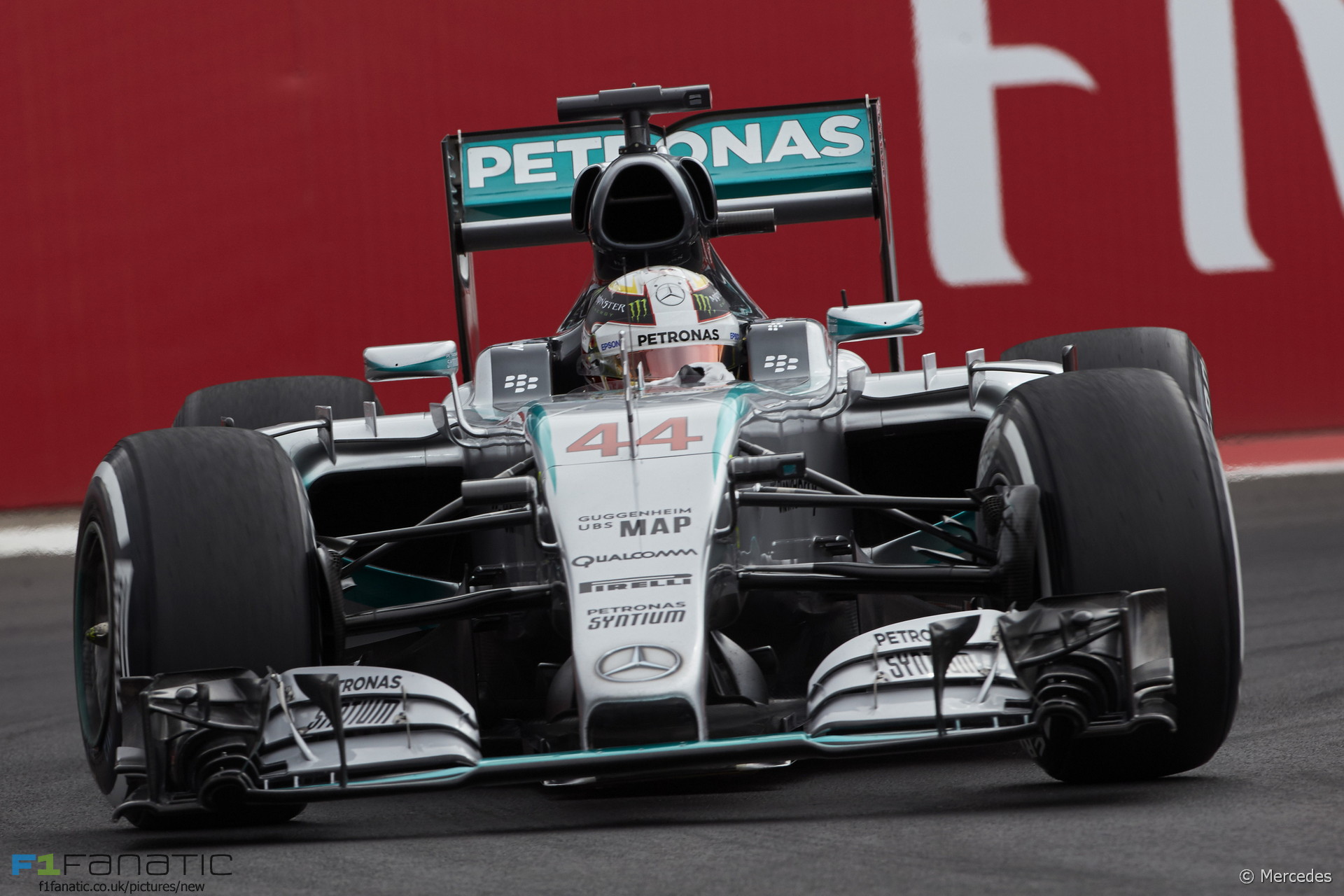 Lewis Hamilton was unwilling to elaborate on his concerns over Mercedes’ strategy which caused him to describe his second pit stop as a “wrong call” during the Mexican Grand Prix.

After making his stop Hamilton continued to press his point, telling Bonnngton: “Please check those tyres and let me know. I want some feedback on them.”

Hamilton finished behind race-winning team mate Nico Rosberg. Asked in the post-race press conference about his second pit stop and whether he thought he could have made it to the end on the set of tyres, Hamilton discussed other topics:

“It doesn’t really matter now but good race, the team did a good job,” he said. “Nico drove really well today: no mistakes, no gust of wind.”

“It was very difficult to follow here but what a crowd we had today, it was just incredible. I gave it my all, it was quite fun actually, just to be able to push and not really have to be worrying about points or anything like that, just go out and just racing. It was one of the fun races for me.”

Sergio Perez was the only driver to complete the race using a one-stop strategy which Hamilton had been urging. He made his first pit stop ten laps before Hamilton did, and therefore used his second set for considerably longer than Hamilton would have done.