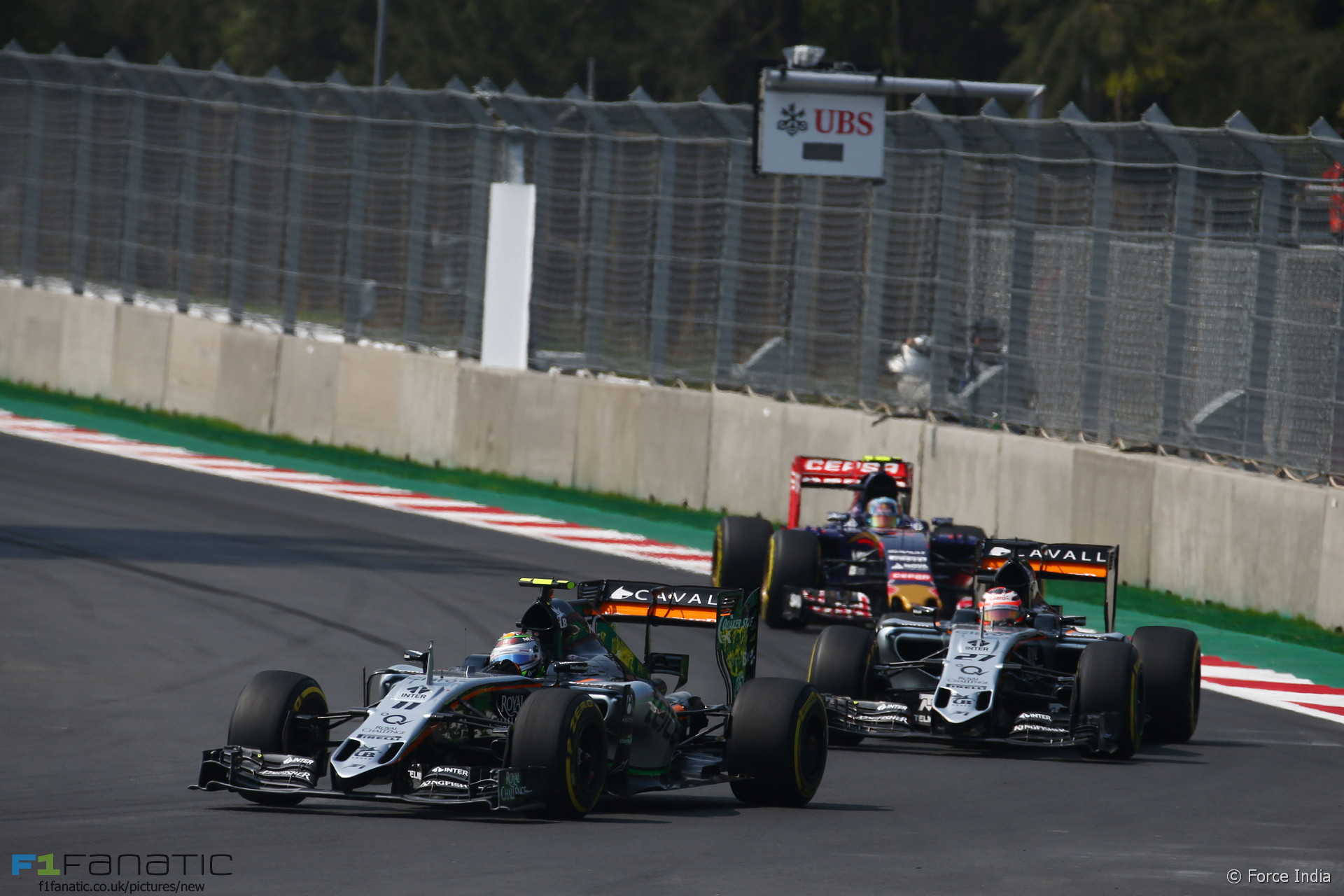 Force India’s plan to run Sergio Perez on a one-stop strategy backfired when the Safety Car came out.

Perez believed he was set to gain places from two drivers he was within 18 seconds of by not pitting during the Safety Car period.

“The race today was probably one of the most difficult of my career because I was very unlucky with the timing of the Safety Car, which really didn’t help my one-stop strategy,” he said.

“We chose not to pit when it came out because we thought there was a chance to jump Nico [Hulkenberg] and Felipe [Massa], but in reality that didn’t happen.”

“Then the team told me that the cars behind had all pitted and fitted new tyres, so I was a bit worried because I knew the final 15 laps would be very difficult. To stay ahead of them and finish in eighth place is probably one of my best performances in Formula One and I’m very happy I could score points in front of my home crowd.”