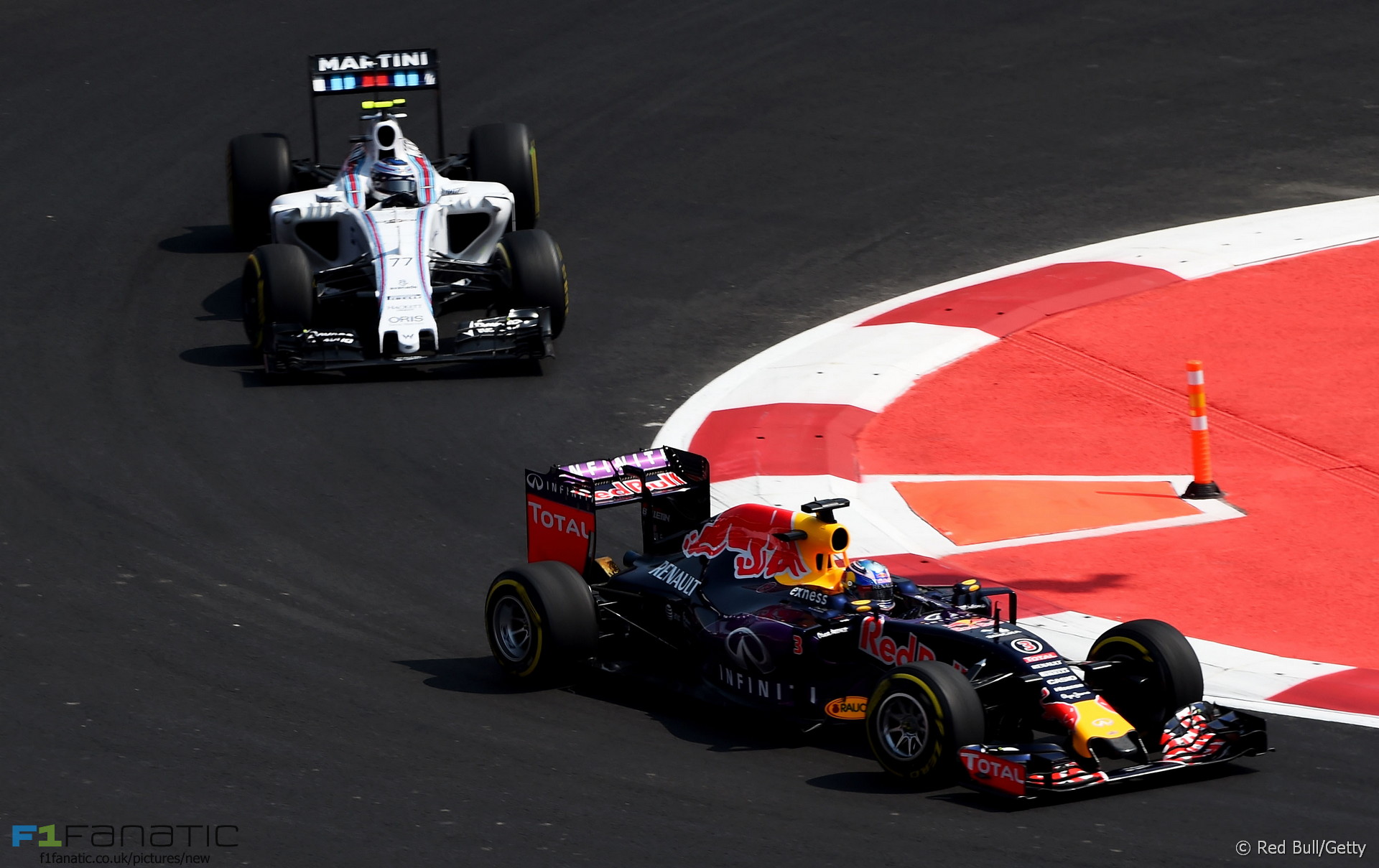 Daniel Ricciardo suspects Red Bull would have ended the Mexican Grand Prix in a stronger position had they split the strategies between their two drivers.

Ricciardo and Daniil Kvyat took advantage of the Safety Car period at the end of the race to switch to soft tyres but Ricciardo wanted to use the other compound.

“Both of us had a sniff at a podium today,” Ricciardo told reporters after the race. “I think Danny was looking pretty good.”

“I thought on the [medium] in the middle stint I had more pace in me but we were just sort of in a bit of a no-mans-land with the Williams. We were quicker but couldn’t pass them until they suffered really bad tyre deg. So I thought we had a bit more pace to offer on the [medium] but we couldn’t show it.”

“Then at the restart I thought that was again maybe an opportunity. I thought both of us going on the [soft] was maybe the wrong thing to do. In hindsight personally I was comfortable on the [medium] today and Danny had put the [soft] on so I think just to try something I should have put the [medium].”

“We’ll see what the team says analysing everything and see if we could have done something different but I think I would have been happier on the [medium].”

2 comments on “We should have split strategies – Ricciardo”