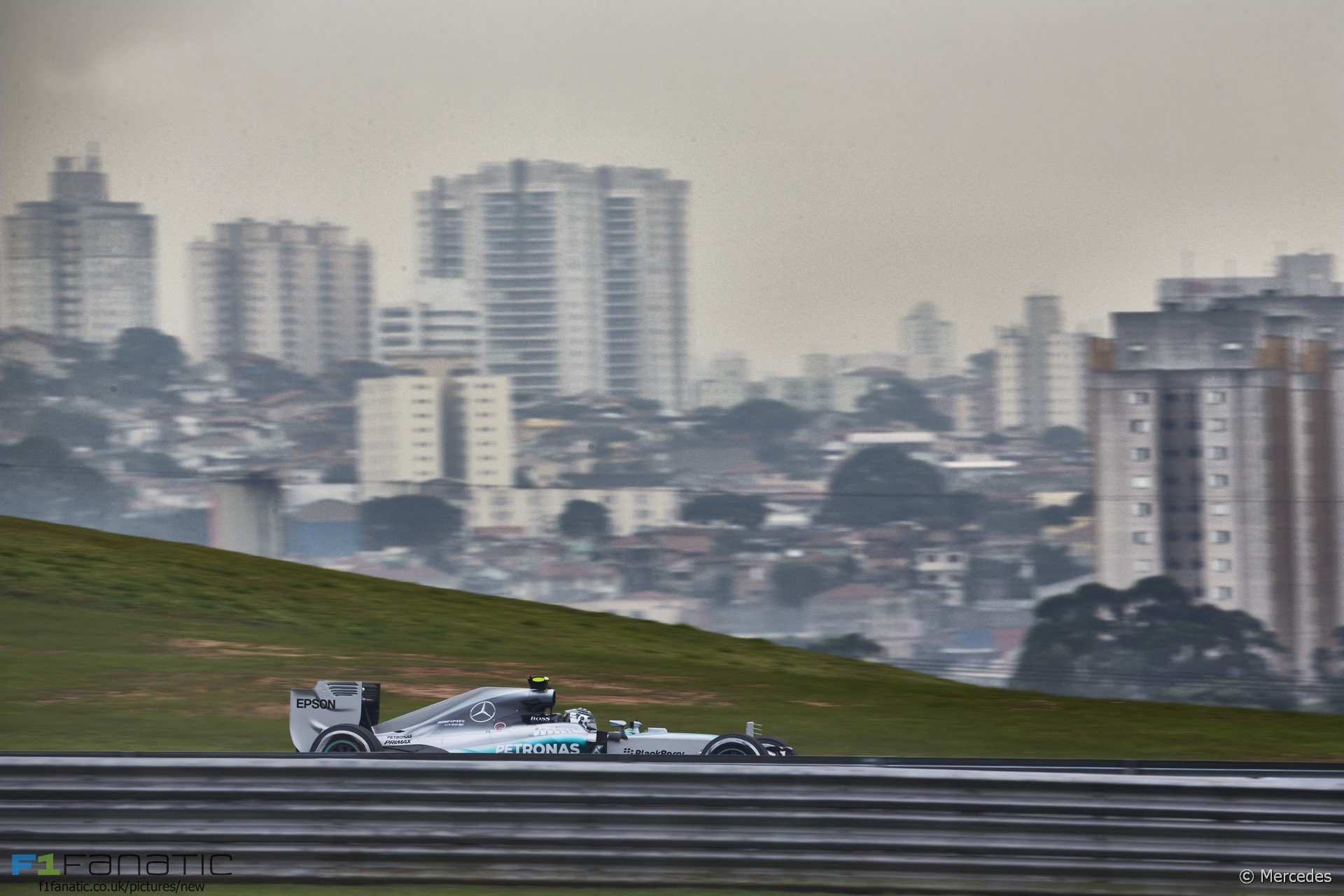 With his fifth pole position in a row, Nico Rosberg may be reflecting on how he could have made Lewis Hamilton work a bit harder for the 2015 championship if he’d hit this kind of form sooner.

In the face of this setback Hamilton was careful not to repeat his pre-race remarks about how eager he is to finally win in Brazil, home of his hero Ayrton Senna. “My main job is done this year,” he pointed out after qualifying. But following up his championship triumph with successive defeats to his team mate is definitely not in his game plan.

As Hamilton admitted after qualifying, if he isn’t able to get past Rosberg at the start, the fact they are so closely matched on performance will make it difficult for him to do so in the race. This was the problem he had at the last race in Mexico and this same race 12 months ago.

Just as then, Hamilton’s best opportunity is likely to come around the pit stops. However with both drivers having to start on the soft tyre, two-stops being the preferred strategy and the medium compound tyres offering better performance over a stint, Hamilton may find himself with little alternative other than to mimic Rosberg’s tactics.

If you find the prospect of another battle for victory conducted exclusively between the two silver cars, the world champion sympathises. “I would much prefer to be racing with five or ten drivers,” he said in the press conference after qualifying, “but it’s just not how Formula One is.”

There’s no denying that, on paper, this is hardly shaping up to be a classic race. Ferrari have the second row to themselves and aren’t likely to face too much competitive from Nico Hulkenberg, a strong fifth for Force India, or Daniil Kvyat’s Red Bull.

The main points of interest should come from Valtteri Bottas, who is quick enough to take on the Ferraris but was moved back due to a penalty, and Daniel Ricciardo who starts from the back row with Renault’s new engine in his Red Bull. However there’s little to suggest the revised engine is the answer to their problems – he was 0.4kph slower than Kvyat’s old-engined car in qualifying.

Rain is not expected during the race but the ambient temperature is expected to be significantly cooler, by around seven to ten degrees Celsius. This will inevitably have an effect on the ever-critical operating windows for the tyres. On a weekend when most teams have found their tyre temperatures rising too quickly, they could be about to experience the opposite.

Which of the Mercedes drivers do you think will come out on top? And who else can spring a surprise at Interlagos?