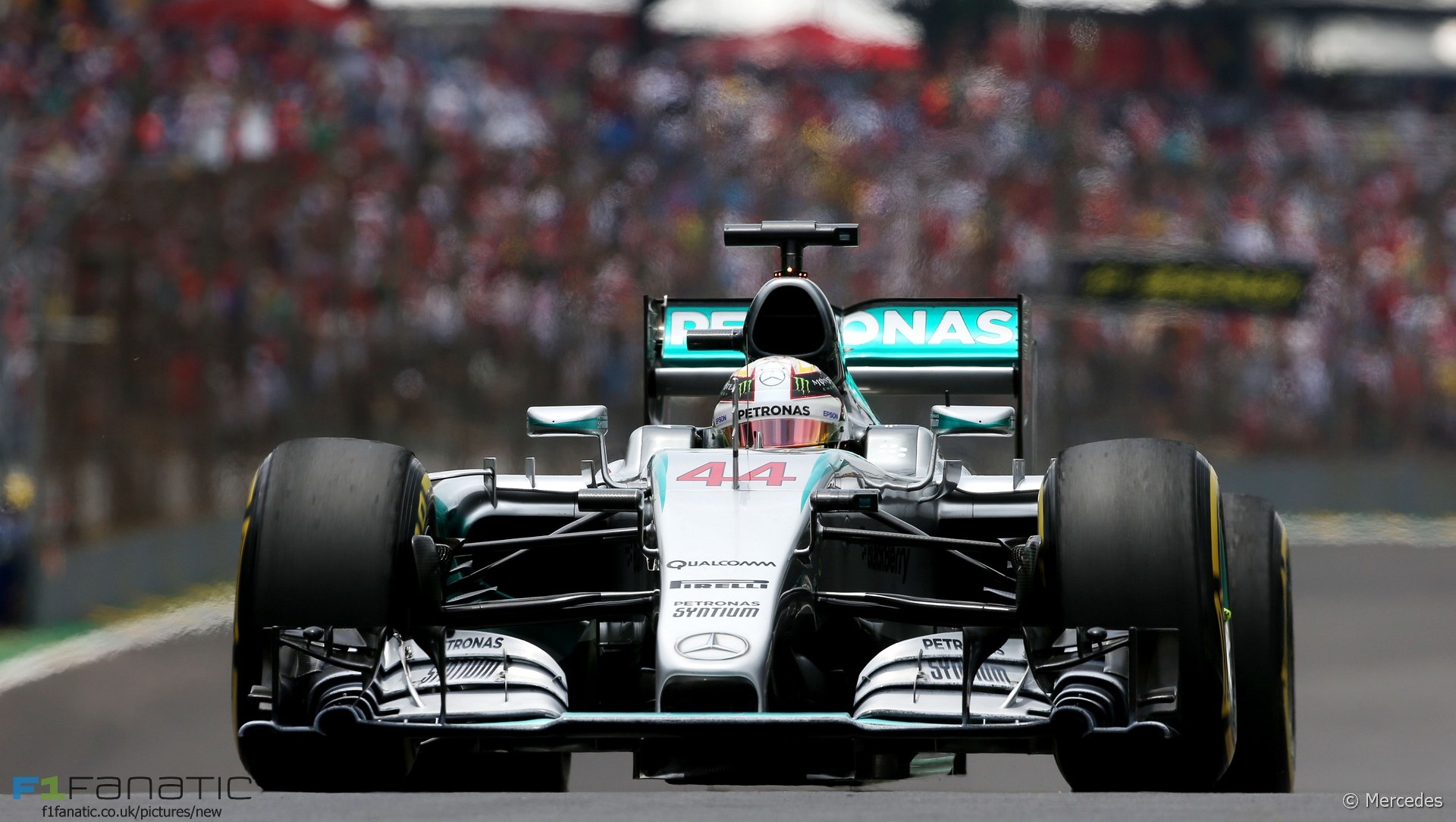 During the race Hamilton urged his team to let him try a different strategy because of the difficulty of making an overtaking move on the team’s sister car.

“I had good pace it’s just you can’t overtake here,” said Hamilton, echoing the prediction he made 24 hours earlier.

“I was behind Nico and he trapped me for some time so I just killed my tyres,” Hamilton explained. “It’s a shame because it’s such a great track but you just can’t get close enough to race. I don’t know if there’s other people overtaking but unless you’ve got a huge advantage on the guy in front…”

“Motor sport’s about the fine line, about tenths of a second, but you can’t get close enough within a tenth of a second to be able to fight. It’s a shame because it’d be good if we could get some overtaking here.”

Hamilton said he was eager for the chance to use a different strategy to his team mate. “I’m here to race and when you both have to do pretty much the same order it’s kind of already set from the beginning,” he said.

“For sure if there’s any other strategies I’m like, let’s do it, take a risk, do whatever. And they’re like ‘look after the tyres’ and I’m like ‘no, I’m racing’. And I think that’s what people want to see.”

“But unfortunately today I couldn’t get close enough to be able to put on a great race so it was relatively boring following in a tow.”

22 comments on “Hamilton wanted chance to use different strategy”