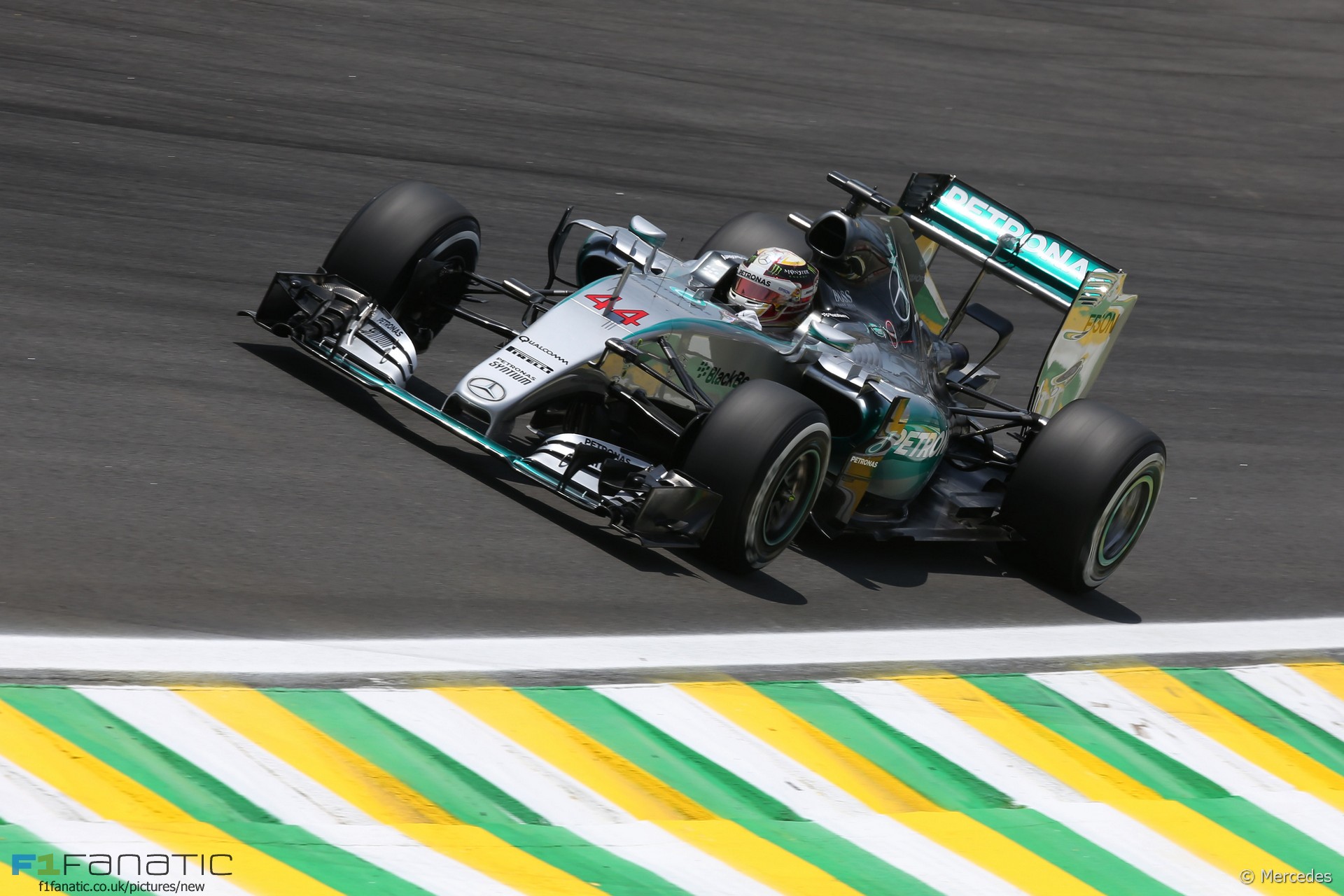 Mercedes executive director for technical Paddy Lowe explained why the team initially resisted Lewis Hamilton’s request for a different strategy during the race.

Hamilton urged his team to switch his strategy as he found himself unable to get close enough to race-leading team mate Nico Rosberg to pass.

“Can you get me on a different strategy somehow?” he asked, adding it was “impossible to overtake”. His race engineer Peter Bonnington told him “converting to Plan B would be a bad idea – that would drop us behind both Ferraris, they’re still doing 16.6s” [see chart below].

Mercedes began the race intending to pit both their cars twice. However Sebastian Vettel was only seven seconds behind Hamilton at this point, and when he made an early second pit stop on lap 33 and switched to the softer tyre, it signalled he was on a three-stopper. This was what led Mercedes to abandon ‘Plan A’.

“We originally planned to do a two-stop strategy but eventually converted to a three-stop strategy to shadow Sebastian in third place,” explained Lowe afterwards, “even though the three-stopper was about 10 seconds slower overall.”

“With the relatively slender margin we had to the Ferrari, it was much safer to mimic his stops. There was a point in the second stint when Lewis asked if anything could be done about a different strategy, but the only alternative at that point was the slower three-stopper, with others looking like they were two-stopping, and we didn’t want to risk handing second place to Ferrari.”

Vettel’s strategy meant his pace at the end of the race was comparable to Mercedes. However it also ensured a frustrating race for Hamilton.

The bad news for Hamilton was it wasn’t just him who was switched to a three-stopper, but Rosberg as well. He therefore remained snookered behind his team mate until the chequered flag.