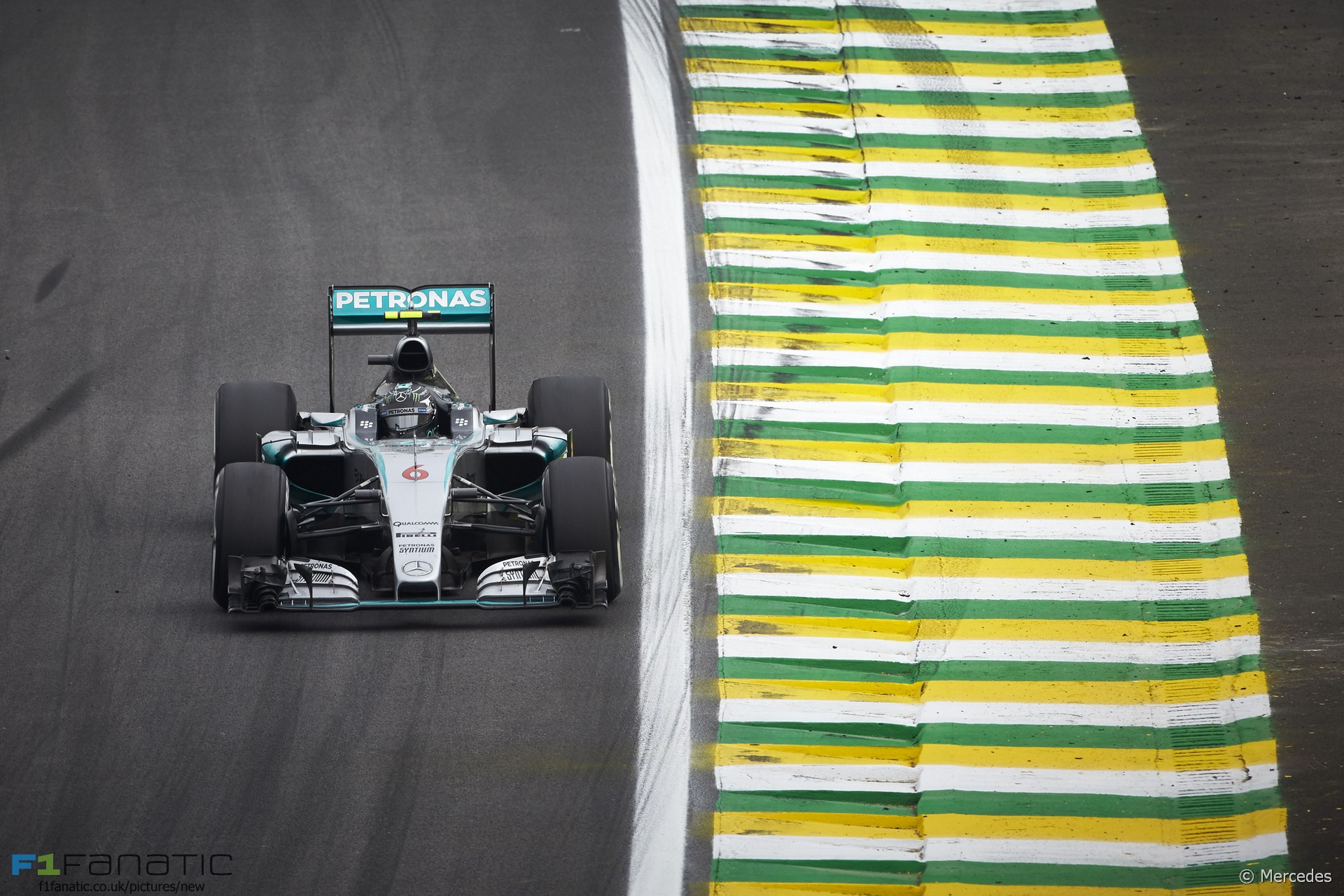 The two Mercedes were covered by less than half a second at times during the race as Hamilton tried in vain to displace his team mate from the lead.

Sebastian Vettel reached the podium for the 13th time this year, comfortably ahead of team mate Kimi Raikkonen. The top three all elected to stop three times while Raikkonen, who was also compromised by running a different engine in his car which had not been fully optimised.

Valtteri Bottas took fifth place after a rapid start, with Nico Hulkenberg and Daniil Kvyat separating him from team mate Felipe Massa. The latter Williams driver was also under investigation for starting the race with excessively high tyre temperatures.

The points finishers were completed by Romain Grosjean and Max Verstappen, the latter passing Pastor Maldonado in the closing stages for the final point. His team mate Carlos Sainz Jnr was the race’s only retirement, coming to a stop shortly after he was forced to start from the pits with a suspected power unit problem.