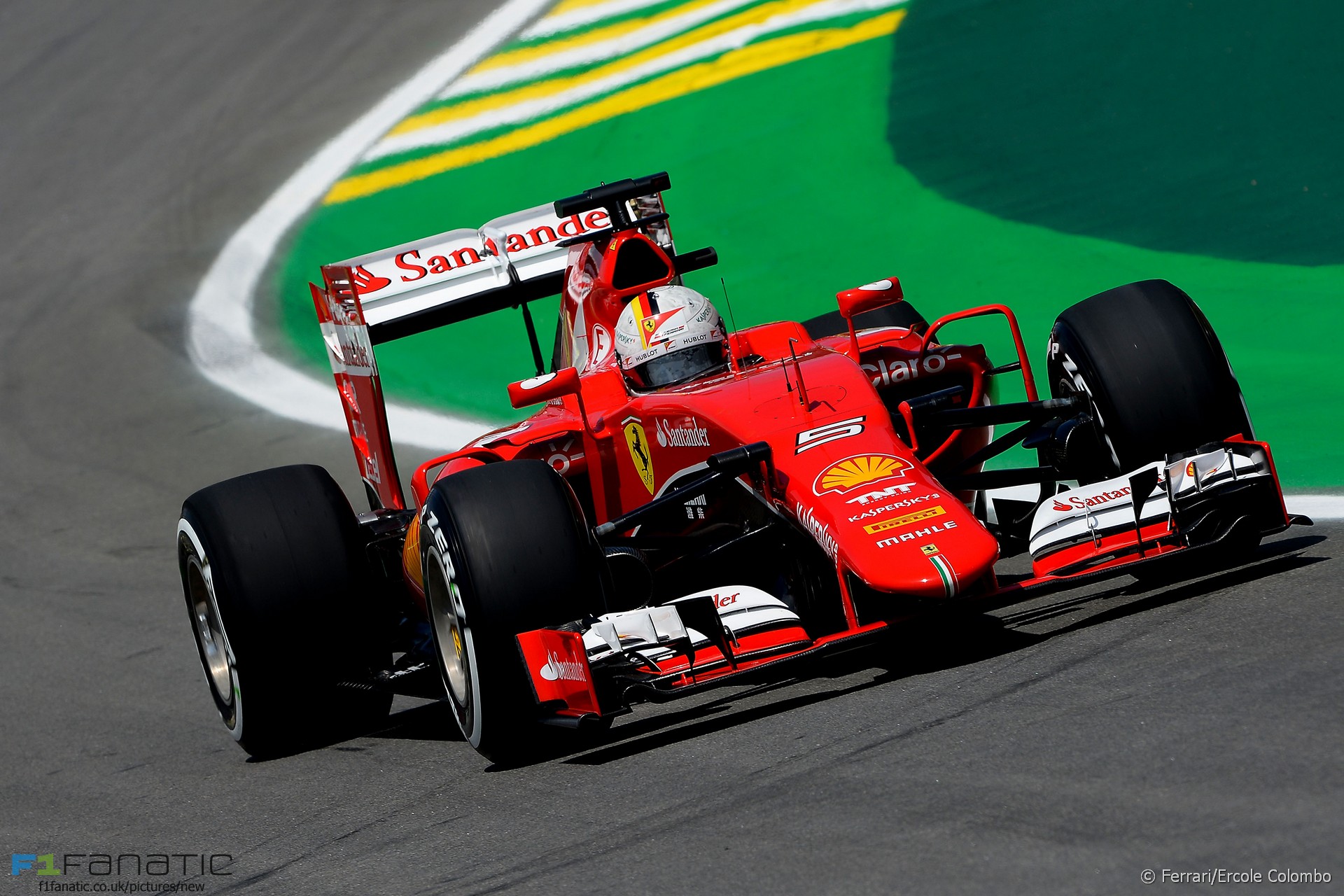 Sebastian Vettel said he was encouraged to finish the Brazilian Grand Prix only six seconds behind the Mercedes of Lewis Hamilton.

“I think in general if you look at the beginning of the season to now we are a lot closer,” said Vettel after finishing on the podium for the 13th time this year.

“I don’t know what happened to Lewis in the end, I think the real gap we have to look at is the one to Nico [Rosberg]. I think they were dropping a bit of pace, I was catching up as well but we are a lot closer than previous races.”

“I think already in Mexico – obviously my race didn’t go too well – but I think the pace was strong so yes, I think we are closer, that’s due to hard work. We’ve improved on the engine side, the motoristi [engine developers] in Maranello have done a miracle this year, that’s due to the car.”

However Vettel conceded the strategic battle being fought out by the two Mercedes ahead of him may also have had a bearing on how close he got to the silver cars.

“Then again, it’s difficult to say how much Nico was controlling with Lewis behind,” Vettel added. “Obviously when you’re in the lead it’s always a bit different and not necessary to push into the unknown.”