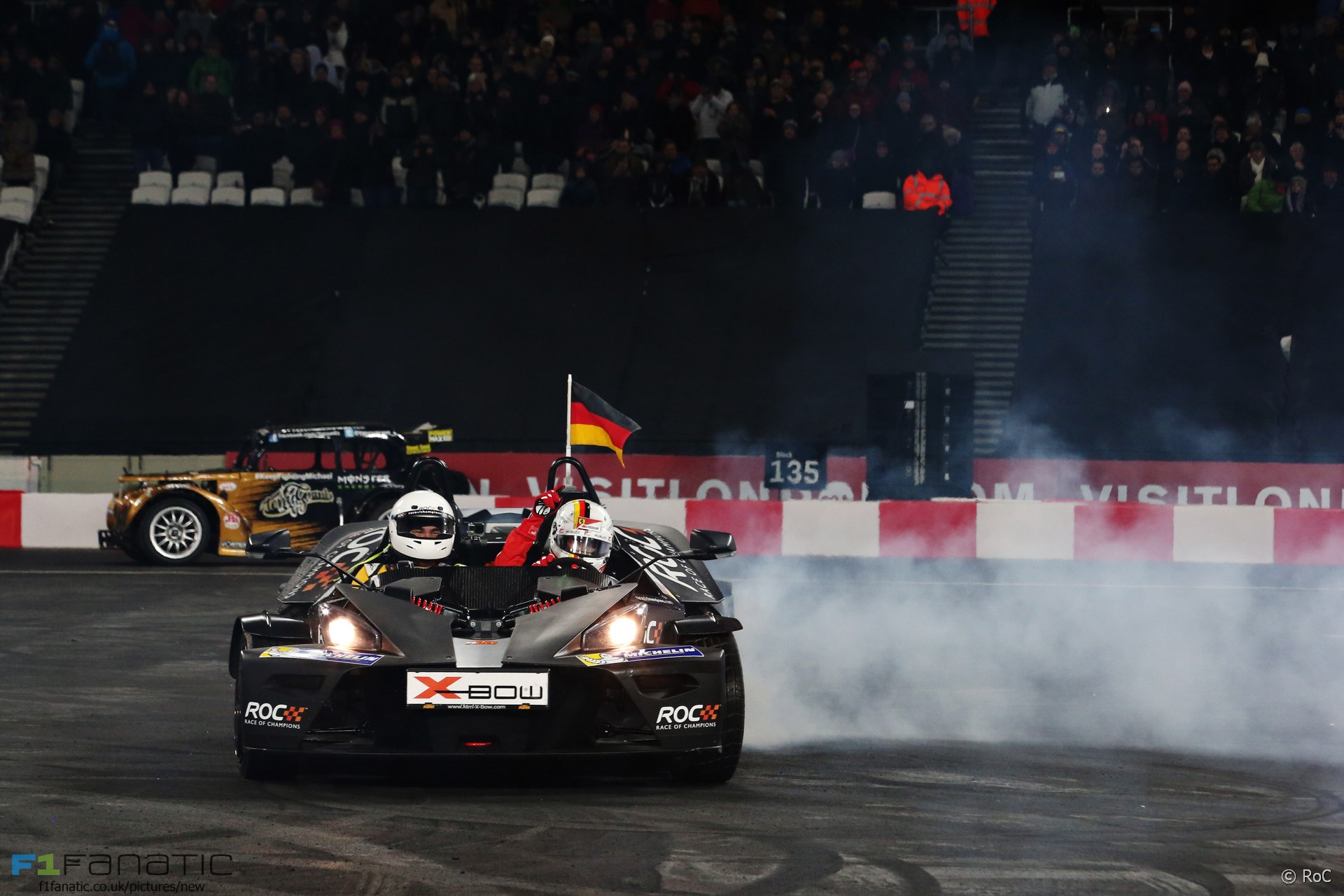 In the round-up: Sebastian Vettel clinched the Race of Champions crown in London.

"The BBC have to cut £35million from their sports budget and have told Ecclestone they want to restructure their deal to include highlights only."

"In the last five or six events I have felt more like a mature rally driver. Many things that were scaring me in the past are now normal for me because I went through them more than once."

"I think to fight for the championship we need triple development of the car, from now until the first race."

"I feel my chances of being in an F1 seat are the best they've ever been, so there's zero kind of focus going in any other direction."

"We have Manor coming in with a new (engine) tie-up, and we have a new team coming in which, we learned from the media, has had intensive co-operation with another team, so it's going to be very tough to score a point."

"Mr. Adrian Newey is not and will not be working for Van Amersfoort Racing in any shape or form."

"In hindsight, however, (Circuit of the Americas chairman Bobby Epstein) conceded that it would have been better had the parties signed a written agreement codifying terms in letters dating back to 2010, in which then-Gov. Rick Perry and then-Comptroller Susan Combs appeared to promise an annual state contribution of $25 million for 10 years, with the understanding that if the event didn’t generate enough taxes, COTA would make up the difference."

"State Bank of India - the largest lender to defunct airline Kingfisher - has declared the carrier, its promoter Mallya and United Breweries Holdings as 'wilful defaulters' after its grievance redressal committee rejected the arguments made by the borrower through its legal representative recently."

"Unfortunately we had to cancel the kart race as we felt we did not have sufficient TecPro to cover the concrete barriers and meet our high safety standards."

So @RaceOfChampions cancelled its kart race between the drivers? What a pity, that would have been mega. #F1

So while there is more TV rights money from a sport supported by Pay TV, the downside is the audiences are smaller, the teams are largely unknown to the public, so names like Hamilton, Rosberg, Vettel, etc, are less well known, the visitors to this website like this one are less, all around are advertisers wanting to pay less, and also the attendances at the race tracks would be less, so cities are less willing to pay hosting rights.
Stephen Crowsen (@drycrust)

Twelve months ago today Nico Rosberg beat team mate Lewis Hamilton for the championship-deciding Abu Dhabi Grand Prix, while both Red Bull drivers were excluded from qualifying due to a front wing infringement.

67 comments on “Vettel beats Kristensen to win Race of Champions”