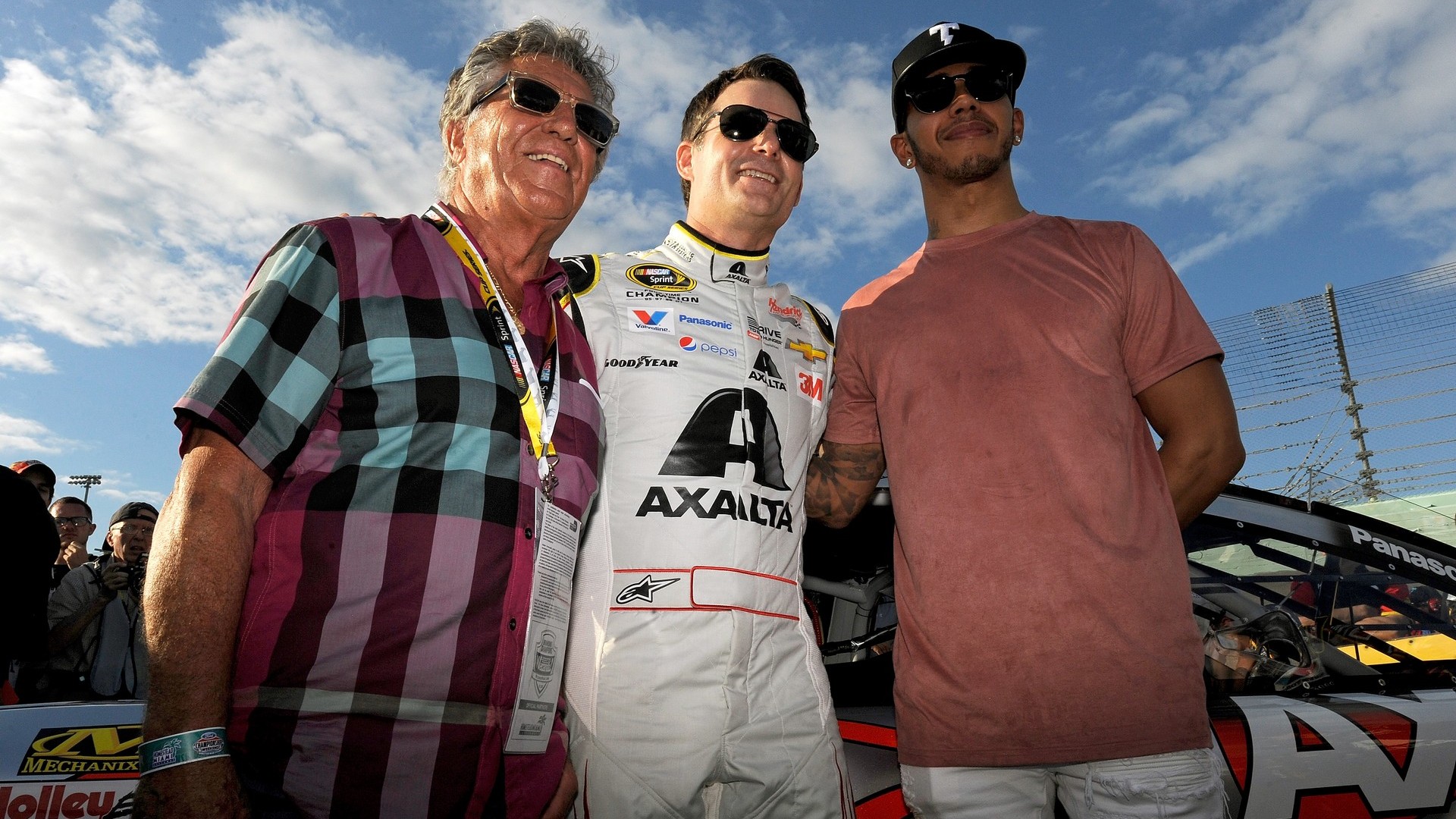 Busch beat reigning champion Kevin Harvick hone by one-and-a-half seconds at Homestead-Miami following a lengthy delay due to rain. Lewis Hamilton – who has previously driven a NASCAR and expressed an interest in racing in the series one day – and Mario Andretti were among those who turned up to support Jeff Gordon’s bid for the championship, but the Hendrick driver could only manage sixth in his final NASCAR appearance. Martin Truex Jnr, who also arrived at the season finale with a chance of taking the title despite only having won once all year, came in 12th.

The Webber/Hartley/Bernhard car lost five laps due to an actuator problem after starting the race from pole position. Championship rivals Marcel Fassler, Andre Lotterer and Benoit Treluyer then hit the front, deepening the despair for Webber and his crew.

But with the number 18 car hitting the front around half-distance, and Webber and his team mates working their way up to fifth, they were soon in position to clinch the title. Audi’s victory hopes were further dashed after having to make a double pit stop in the penultimate hour. Despite a late scare when their actuator problems returned Webber, Hartley and Bernhard clinched the championship.

Felix Rosenqvist took his second Macau Grand Prix victory after a controversial collision between Daniel Juncadella and Antonio Giovinazzi on the first lap of the qualification race cost the latter pole position for the final. Giovinazzi was furious after being given a 20-second time penalty for the qualifying race collision moments before he took the chequered flag in the race, despite the stewards initially announcing there would be a post-race investigation.

The final was interrupted after several cars crashed at the start/finish area. Having initially traded the lead with Charles Leclerc, at the restart Rosenqvist surged ahead and went on to become the second driver to win the race twice, emulating Edoardo Mortara.

Craig Lowndes kept the V8 Supercars title fight alive until the final in Sydney by winning the first and third races on the Phillip Island circuit. Jamie Whincup took victory in race two and elbowed Mark Winterbottom aside for the final podium position on the last lap of the weekend. Points leader Winterbottom has been off the top step for the last nine races but still holds a 179-point lead.

Maro Engel won the inaugural FIA GT World Cup on the Guia street circuit in Macau for Mercedes. The race was brought to an early end by John Shen, who triggered a multi-car crash which brought out the red flags.

British Touring Car Championship drivers Jason Plato and Andy Priaulx defeated F1 drivers Sebastian Vettel and Nico Hulkenberg to take the Nations Cup for England on Friday night with a 2-1 victory. They reached the final after winning an all-England semi-final against Jenson Button and Alex Buncombe.

In the Champion of Champions event, Vettel finally came out on top after eight years of trying with a 2-0 victory over Tom Kristensen. Earlier in the day he saw off Hulkenberg, Daniel Ricciardo and David Coulthard. The day also saw the end of Susie Wolff’s racing career: she lost 2-0 to Coulthard in the first round.

GP2 and GP3 took place in Bahrain this week as a support series to the WEC. The round was a late scheduling after the cancellation of the German Grand Prix. Pierre Gasly took his second pole in three races, but it was Stoffel Vandoorne who once more took victory. For the fourth time this season, he just missed out on doubling up in one weekend by one place as he came home second in the sprint race to Mitch Evans.

Esteban Ocon’s impressive run of nine consecutive second place finishes in GP3 came to an end in the feature race, as – despite starting from pole – he could only manage third behind Kirchhofer and Bernstorff – who overtook him on the final lap. Luca Ghiotto won the sprint race ahead of Ocon – who returned to second place – to wrestle back his championship lead, but just two points separate the pair as they head to Abu Dhabi for the final race of the season.

Which of these events did you catch this weekend? And what do you make of Webber finally winning a world championship? Let us know in the comments below.

Next weekend the Formula One season comes to and end for another year in Abu Dhabi – once more supported by GP2 and GP3 – while the World Touring Car Championship also ends with a first floodlit race in Qatar on Friday night.

30 comments on “Hamilton turns up to see NASCAR title decided”