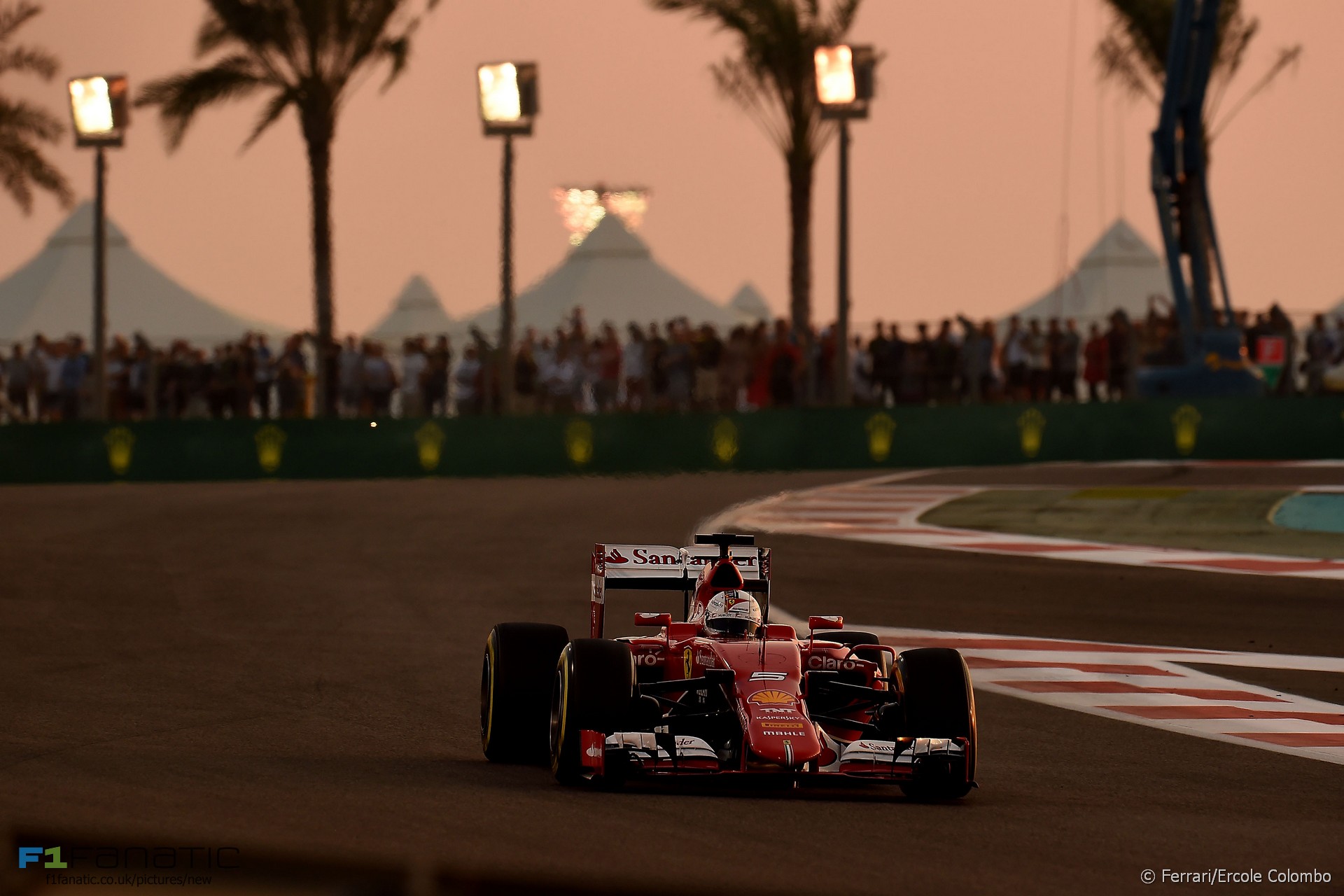 Sebastian Vettel reckoned he could have done no better after climbing from 15th on the grid to finish fourth behind his team mate.

“I think today’s result was the best possible one for us as a team,” said Vettel after the race. “I lost quite a lot of time at the beginning and then kept playing catch up until the end.”

Vettel ran a long stint on soft tyres at the beginning of the race. However Ferrari brought him in fairly early for his final stop leaving him with 16 laps to do on the super-soft tyres (see below). The value of this approach was that he was able to immediately regain the places lost to Daniel Ricciardo and Sergio Perez by attacking them when his tyres were freshest.

“The pace was good, especially in the first and final stint, the car was also good and I managed to do some overtaking,” said Vettel.

However Ferrari were quick to keep him out of the way of Kimi Raikkonen as the pair were on different strategies.

“We knew from before that Kimi and I would have crossed path with each other, as we were on very different tyre strategies,” he said. “It was clear that when Kimi would be close enough I would give him way to haunt the Mercedes: unfortunately that was not enough to achieve that, but I did not want to be in his way.”

The only obstacle to Vettel’s recovery was Fernando Alonso, who appeared reluctant to be lapped. Vettel told his team on the radio the McLaren driver cost him around a second.

“He must really hate me,” Vettel mused on the radio. “I don’t know what’s wrong with him.”