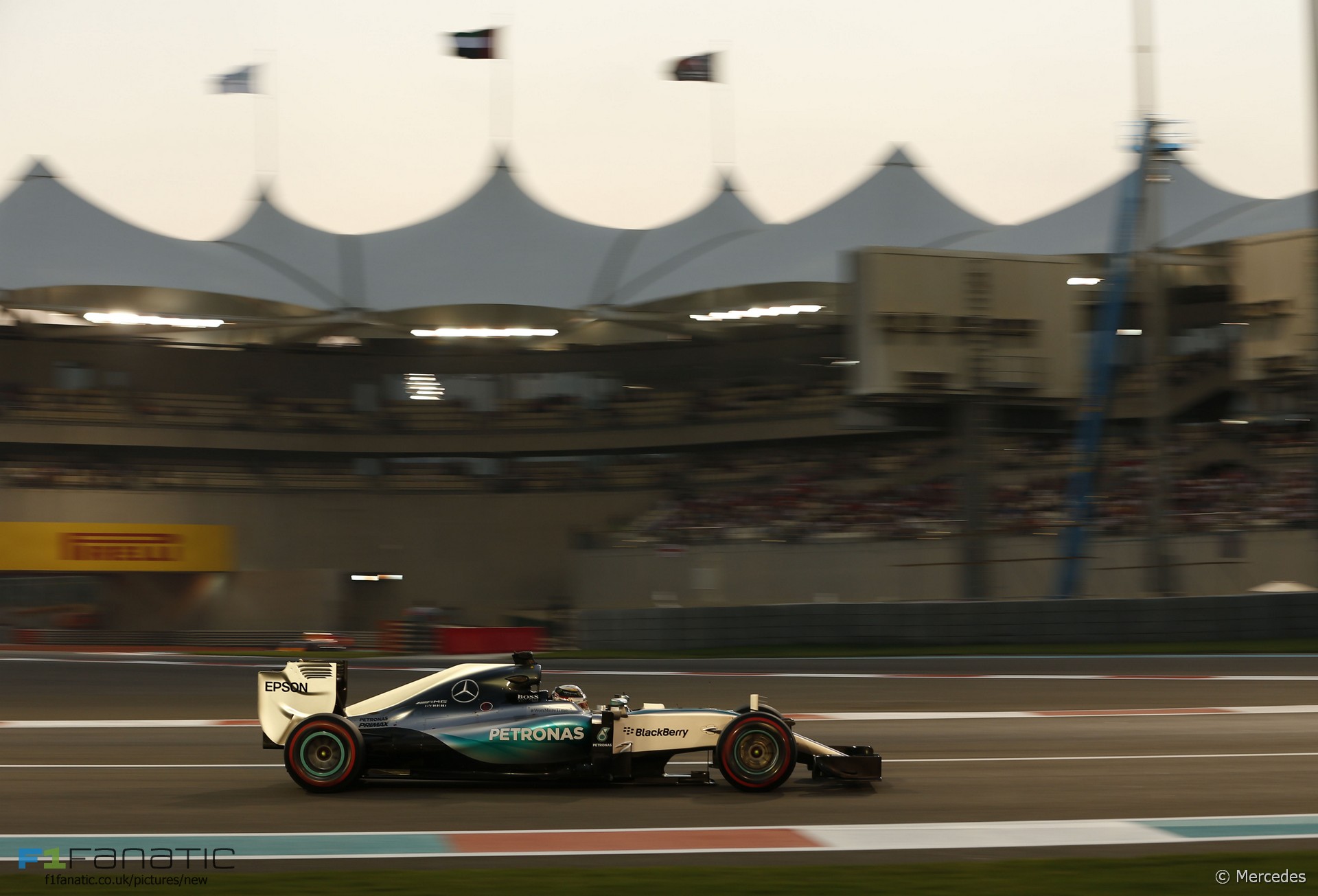 Lewis Hamilton revealed he let his team choose what would be the best strategy for him when he made his final pit stop in the Abu Dhabi Grand Prix.

The Mercedes driver has been at odds with his team over strategy decisions in recent races. During today race he was heard several times on the radio asking about his strategy, particularly around his final stop of the race.

However Hamilton told reporters afterwards that in the end: “I left the team to make the call because I didn’t know what was the right one.”

Hamilton had been lapping significantly quicker than race-leader Nico Rosberg until his team mate made his final pit stop on lap 32 (see below). On fresher tyres Rosberg sooner began to catch him again but Hamilton didn’t realise how quickly, and after Hamilton pitted for the last time he was surprised how far ahead Rosberg now was.

“Ultimately I don’t know the big picture,” Hamilton explained. “You have to rely on the engineers to give you the optimum strategy at the point.”

“Honestly I don’t really understand it but as I said I came out 11 seconds behind and had a mountain to climb. I pushed as hard as I could and then the tyres went off.”

However Hamilton did think he could have made his second set of tyres last until the end of the race had he nursed them all the way.

“I think if that was ever an option before perhaps I could have made them last,” he said. “But I was pushing for a while. At the time I pitted, for sure, I couldn’t have taken them to the end – I had taken too much out of them. But if I’d opted for that earlier on I think I might have been able to stretch it to the end.”

Hamilton was also unsure he could have used the faster super-soft tyres for his final stint of the race.

“I don’t know,” he said when asked if he should have used the soft rubber. “At the end of the day the gap was way too big.”

“We left it too big. Particularly on the same tyres, there’s no way you’re going to be able to catch that gap up. I did everything I could, pushed as hard as I could. It’s a shame because I was quicker in the mid-stint. But to have that pace and then to come out 11 seconds behind, that’s not such a great feeling.”