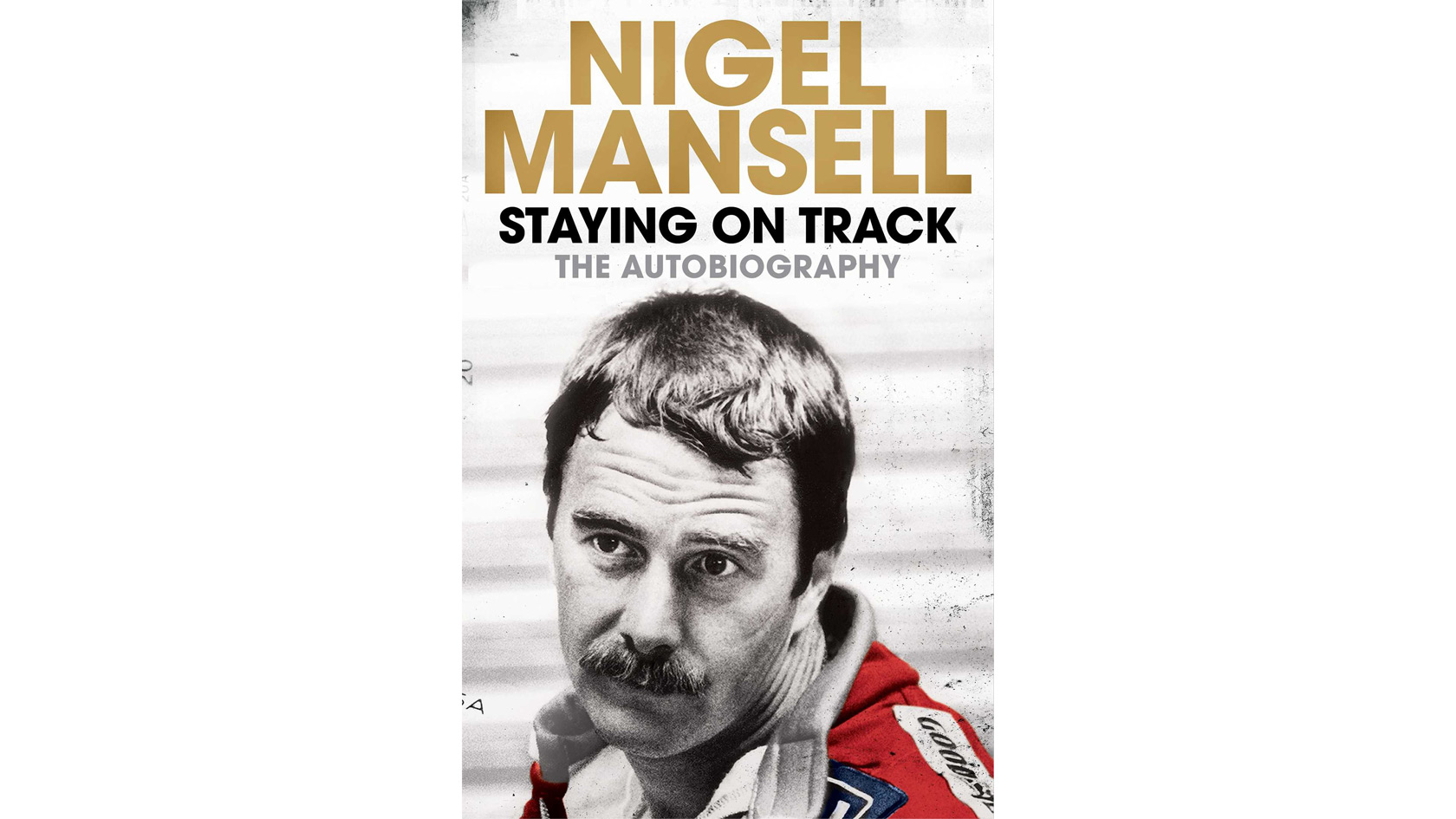 “Staying on Track” is Nigel Mansell’s third autobiography, and the second since the 1992 world champion took his final grand prix start in 1995.

His last book appeared soon after he stepped down from McLaren. Two decades later, does Mansell’s latest book add enough to make it a must read?

Not entirely, though it’s not without interest. Chiefly because, unlike the previous two titles, this one has been penned by the man himself: “The People’s Champion” (1995) was written by James Allen and Driven to Win (1988) by Derick Allsop. The text has an authentic ‘Mansell voice’.

Some aspects of Mansell’s early life and career come through more vividly, particularly his affection for Colin Chapman, the Lotus boss who died in 1982 after giving Mansell his break in the sport. Mansell also writes frankly about the bullying he suffered as a child – he is now a patron of the charity UK Youth.

In many other respects it’s hard to distinguish this from “The People’s Champion”. Familiar anecdotes are repeated with similar phrasing, sometimes in lesser detail.

Written in a strongly positive tone, Mansell’s new account has little time for those who offered criticism. There are repeated references to him getting a ‘hammering from the press’ only to ‘bounce back’ later on.

Others are ignored entirely, the most striking example of which is Peter Warr. The successor to Chapman at Lotus Warr gave the infamously flawed assessment that Mansell would “never win a race as long as I have a hole in my arse”. The following year Mansell scored the first of his 31 victories – a record for a British driver until Lewis Hamilton came along.

Warr’s view of Mansell never changed, as his full-throated criticism of Mansell in his posthumous 2012 memoir made plain. “Tensions surfaced with certain individuals in the team management” is Mansell’s response – not exactly the “compelling and frank memoir” advertised on its sleeve.

Other significant figures in his past also receive only fleeting attention. Tiff Needell gets the no-name treatment for his role in a 1993 crash at Donington Park. David Phipps, who championed his move to Lotus, appears once. Adrian Newey, who designed Mansell’s devastating, championship-winning Williams-Renault FW14B, appears just three times – one of which is to cite a quote of his from a book about Williams that Mansell would have won the title Hill lost in 1995.

The final third of the book covers Mansell’s life post-1995 and his views on modern Formula One racing. This provides some of the most interesting and freshest material in its pages, particularly on his recuperation from a heavy crash at Le Mans in 2010 by learning to perform magic.

It’s been a good year for autobiographies. Former FIA president Max Mosley and ex-Red Bull racer Mark Webber have lifted the lids on their respective world. Naturally, both have presented their version of events. But with Mansell’s book it’s hard to avoid the impression rather more has been left unsaid.

Need ideas for festive presents? Find over 100 in the F1 Fanatic Gift Guide 2015