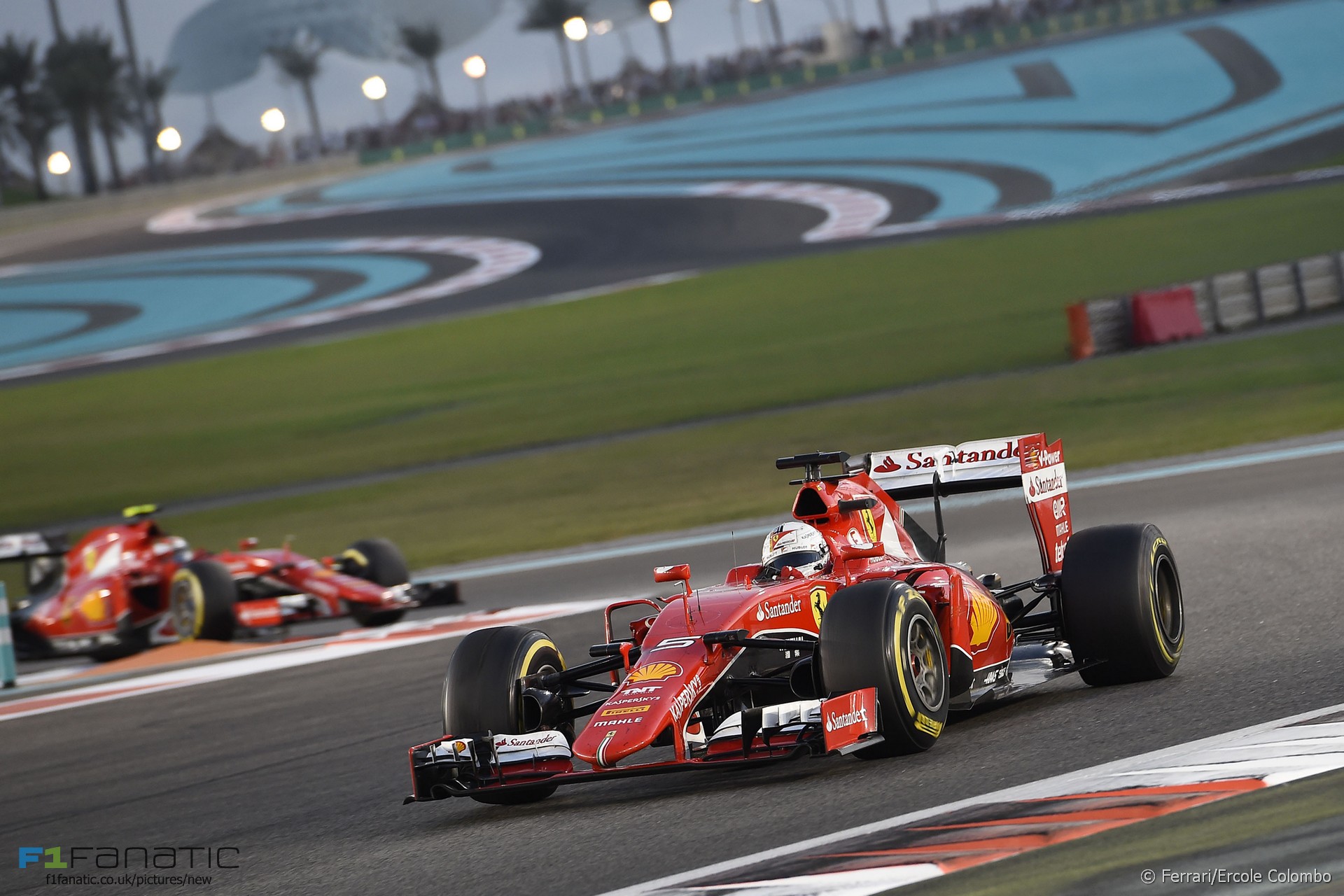 Sebastian Vettel and Romain Grosjean comfortably beat their team mates in 2015 but there were much closer battles elsewhere on the grid. Find out who came out on top in the all-important intra-team contests.

Despite having had a year to settle in at Lotus, a more competitive and reliable car underneath him and not having to miss 13 first practice sessions as his team mate did, Pastor Maldonado took an absolute pasting from Romain Grosjean. He suffered the heaviest defeat of any full-season driver in qualifying, besting his team mate only twice.

This pairing also had the most non-classifications due to accidents of any team: a total of eight, five of which involved Maldonado. On two occasions both drivers were eliminated on the first lap: at Silverstone and Monza.

With Grosjean now off to Haas, Maldonado will be paired with rookie Jolyon Palmer next year, a fellow GP2 champion who must fancy his chances against the more experienced driver on the strength of these results.

For the second year running Kimi Raikkonen went up against a fellow world champion at Ferrari and came off decisively second best. He was happier with the team’s 2015 car, however, and it didn’t let him down as often as its predecessor, and as a result he was slightly closer to Sebastian Vettel than he had been to Fernando Alonso.

After a patchy spell when the second half of the season began, Raikkonen ended the season strongly and avoided ending up with less than half of his team mate’s points total. Although he usually started behind Vettel there were occasions when he raced more strongly, as in Bahrain. For Vettel, 2015 was a clear return to form after last year’s disappointment: he reached the podium 13 times to his team mate’s three.

Not much in it

In their three years together as team mates at Mercedes, this was Lewis Hamilton’s clearest victory yet over Nico Rosberg. There was little between them in 2013, Hamilton won in 2014 (though Rosberg qualified better) and this year Hamilton was ahead by every measure.

That’s not quite the full story, however. A late-season turnaround by Rosberg saw him end the year with six pole positions in a row and three wins on the bounce. One of the big talking points of the off-season will be whether he can sustain that form into 2016.

It wasn’t just Rosberg who rallied against his team mate in the second half of 2015. At the mid-point of the season Nico Hulkenberg held sway against Sergio Perez at Force India having out-qualified him 80% of the time and taken the lion’s share of the teams’ points. But that changed after Hungary.

Perez reversed Hulkenberg’s superiority on points over the final races, almost evened up the qualifying and race scores, and grabbed the team’s only podium of the seasons – as he also did last year. It often seemed one Force India driver was up when the other was down, and the team have retained their complementing line-up for a third season.

The 2013 GP2 season gave an indication how this battle would turn out: Felipe Nasr, starting his first season in the championship at Carlin, out-scored Marcus Ericsson, who had joined champions DAMS for his fourth season.

Sure enough Nasr came out ahead, his points total swelled by fifth in Australia and sixth in Russia. Both drivers will be back for more next year.

Last year Felipe Massa seemed to get the worst of the luck at Williams but this year it was Valtteri Bottas, who had an incorrect wheel fitted to his car in Belgium, was rammed out of a podium place by Raikkonen in Russia and unsafely released from the pits in Abu Dhabi.

Bottas generally came out ahead over the course of the season, but having been overlooked by Ferrari for Raikkonen’s drive he would surely desire a more conclusive margin of victory as he seeks a move to a manufacturer team. It can’t have helped matters that on Williams’ best day of the year at Silverstone he stayed behind Massa during the opening stint and fell back when the rain came.

Manor switched their driver pairings, running Will Stevens and Roberto Merhi for most races but substituting the latter for Alexander Rossi in five of the final rounds. Rossi out-raced Stevens 3-1 and the qualifying scoreline was 2-2. Merhi was at a weight disadvantage compared to Stevens, but on race results the pair were closely matched.

Too close to call

The STR10’s reliability was woeful and while Carlos Sainz Jnr suffered most from that in the races – with seven non-classifications due to technical problems compared to Max Verstappen’s two – its effects were more widely felt. Not least because Verstappen was classified in China despite having stopped with a gearbox problem while running in the points.

Should Sainz be worried? Former Toro Rosso driver Jean-Eric Vergne believed Red Bull didn’t take his car’s poor reliability into account when they dropped him from their squad while promoting Daniil Kvyat to the top team.

Having stunned F1 by beating Vettel in their first season as team mates last year, Daniel Ricciardo was narrowly out-scored by Vettel’s replacement Kvyat. Ricciardo started ahead more often than not, however, and also spent more laps ahead, indicating there was more to this contest than meets the eye.

The McLaren-Honda MP4-30 was so disastrously uncompetitive in terms of both performance and reliability that it reduced the two world champions who campaigned it to mere bit-players. Jenson Button narrowly edged Alonso, but with some many breakdowns and grid penalties being attributed to the car’s fault there’s no worthwhile conclusion to be drawn here.

Qualifying scores are based on whichever driver was quickest in the last phase of qualifying where both drivers set a time. Where a driver failed to set a time, e.g. due to a technical failure, this is not considered a ‘defeat’.

Which driver impressed you most compared to their team mates during 2015? And with so many teams keeping the same drivers for next year, how do you think these battles will unfold in 2016? Have your say in the comments.