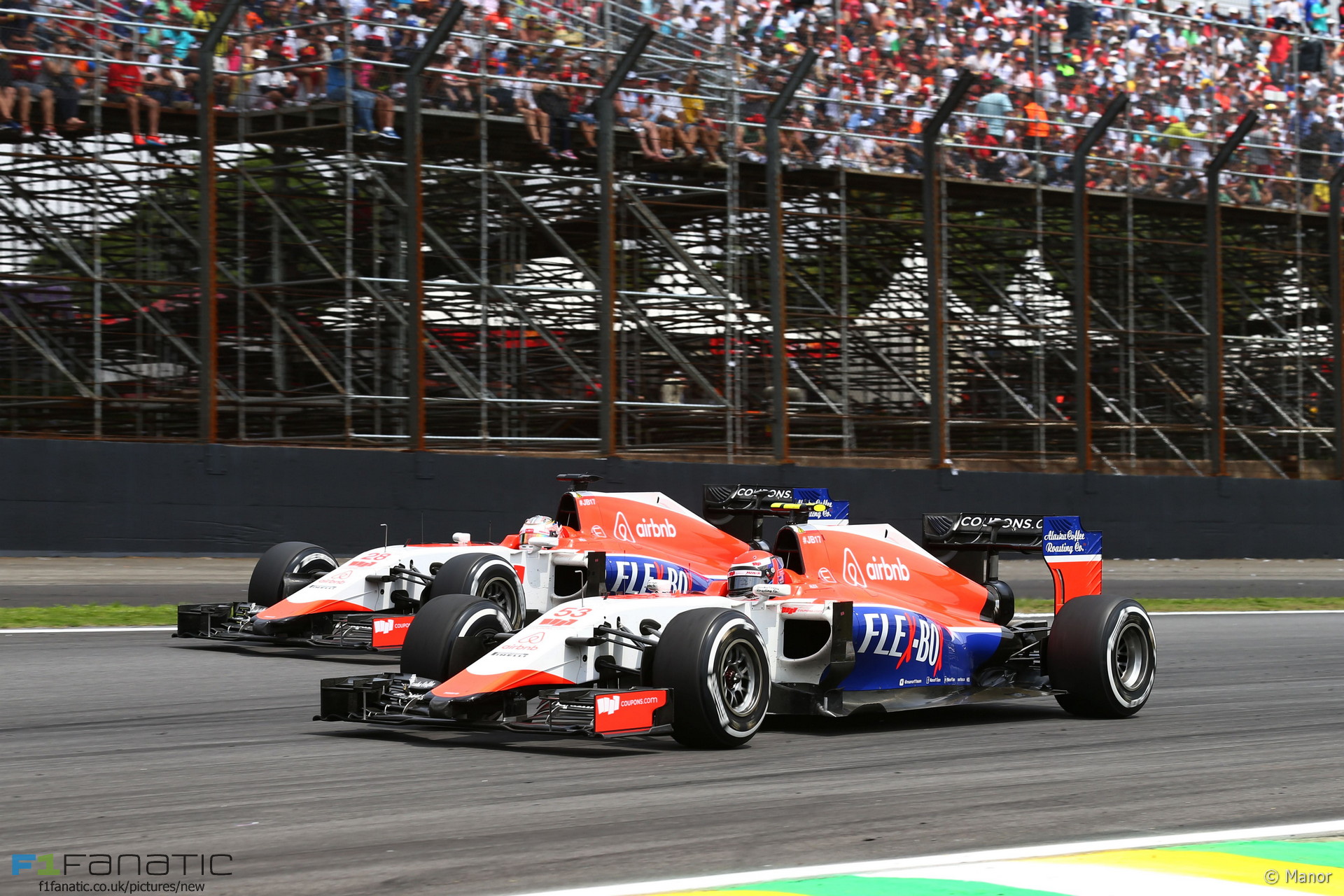 For Manor, merely being on the grid in 2015 and lasting until the end of the season was an achievement after their 2014 campaign came to an early end.

“The staff were all made redundant on the 7th of November 2014 and things looked pretty bleak at that particular time,” recalled Graeme Lowdon. However the determination of those in charge of the team lead to an unlikely return. “Formula One racing teams are pretty precious things and something that deserves effort in making sure it continued,” he added. “Certainly my belief in the team at that stage never wavered once.”

After securing funding at the 11th-hour from businessman Stephen Fitzpatrick, Lowdon along with team principal John Booth faced a race against time to get the team back on its feet. The new championship was little more than two weeks away when their participation was first confirmed, and their full driver line-up was announced four days before practice started at Melbourne.

“We received a lot of help from Bernie Ecclestone in particular,” said Lowdon, “also from Jean Todt. Everybody involved in the governing side and the commercial rights side were entirely constructive during that whole period and the team wouldn’t have survived without that input.”

Manor tested the patience of FIA and FOM when it failed to run at all at Melbourne. Two weeks later in Malaysia the cars finally hit the track for the first time, though a fuel system problem kept Will Stevens from starting the race. Roberto Merhi did start and, astonishingly, reached the chequered flag.

He was three laps down, but little more could expected from a year-old car with a year-old Ferrari engine. Early in the season there was talk of them getting newer hardware later in the year, but with little realistically to be gained from doing so the plan was shelved. By the time the curtain fell on the season Stevens’ chassis (number two) was an unusually high mileage example of a Formula One car, having logged over 20,000 kilometres.

It took the team until September to reassemble their staff (with a reduced headcount compared to the previous year) in their new premises. By then changes had been made on the driver line-up front as well with Alexander Rossi arriving for five races in place of Merhi and doing a solid job.

The team never lost sight of the fact that its survival into 2015 rested on the prize money it had secured the previous year. Tragically, the man who had delivered it with his brilliant drive in Monaco 12 months earlier passed away in July. The loss of Jules Bianchi was devastating for his many friends at the team, and prominent reminders of his loss were visible on the team’s car all season long.

As the end of the season approached the team’s management were optimistic about the progress they could make without the disruption of the previous off-season. “We have not had the benefit of being able to plan how we would correctly like to plan for the 2015 season,” said Lowdon. “We think we’re making the optimum decisions going forward.”

However a disagreement over the team’s future at the highest level led to the departures of Lowdon and Booth, along with recently recruited star technical director Bob Bell, formerly of Mercedes and Renault. A supply of current-specification Mercedes engines for next year promises to be their ticket into the midfield, but at the time of writing it is unclear who will provide the direction or drive the cars.

16 comments on “Manor face fresh upheaval after surviving into 2015”