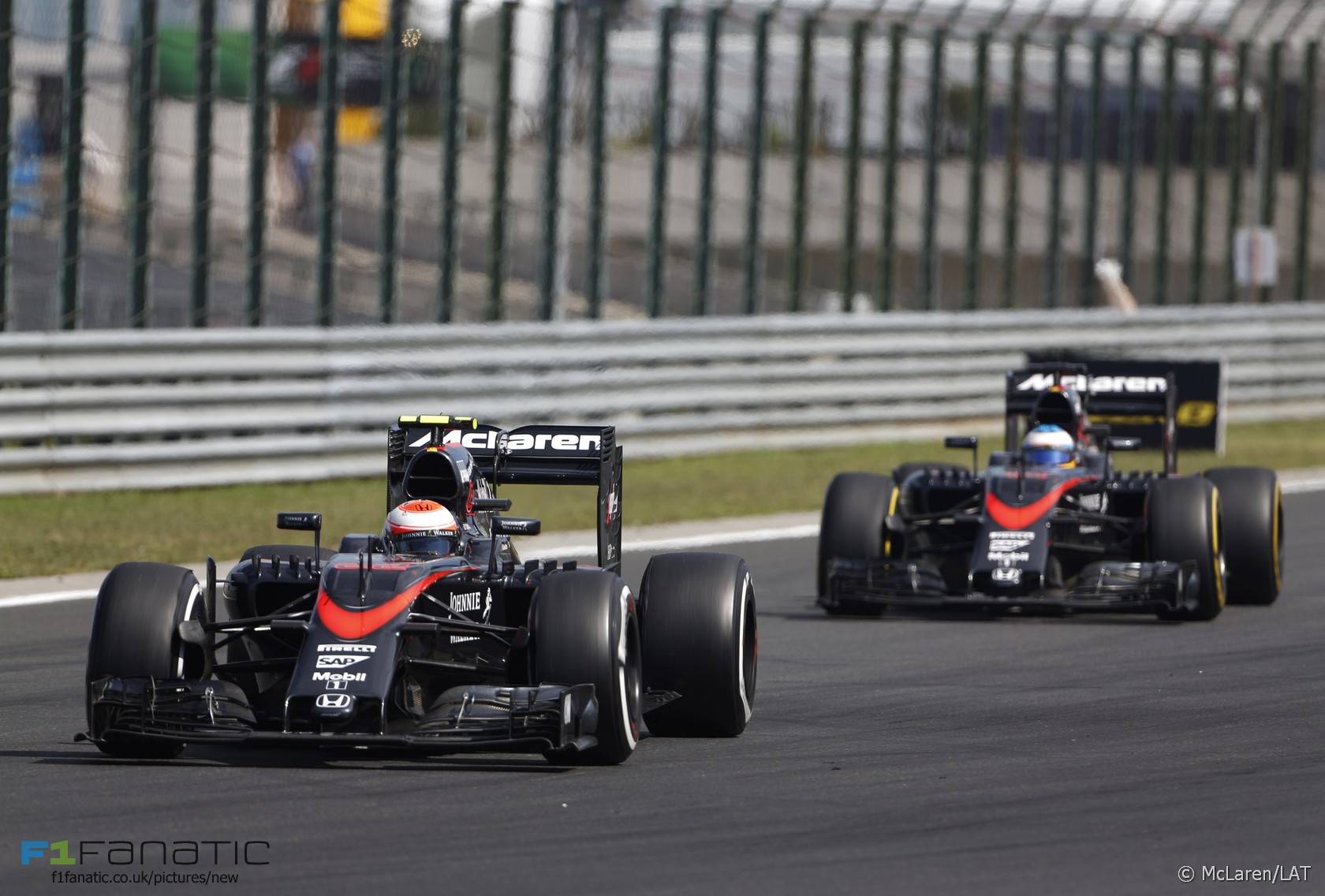 Only halfway through the 2015 season did McLaren admit just how tough their season would be. As late as July racing director Eric Boullier was still talking about finishing on the podium in the second half of the season and Fernando Alonso was expecting a “much more competitive” car.

Did McLaren seriously expect things to get so much better so quickly? They surely realised well before then that fundamental changes to the architecture of Honda’s power unit were needed, and these could not made until until the off-season. Although updates were brought on several occasions during the year it remained dramatically short of power.

And yet, things could have been worse. Honda would have been barred from introducing any upgrades during the season had it not been for a pre-season change in the rules.

They were also given an additional rules break, being permitted to use an additional fifth power unit without incurring a penalty. However this proved little help: Alonso used a dozen engines over the course of the year and the two McLarens racked up 310 grid penalty places – almost as many as the rest of the field combined – mostly due to power unit component changes.

The team were painfully uncompetitive, particularly when the inevitable comparisons were drawn with the unprecedented success of their original tie-up with Honda in 1988. Back then Honda had spent five seasons perfecting their F1 engine, this time they were playing catch-up to rivals who had a head start of several years.

The power unit was the biggest part of a major overhaul of McLaren’s design concept in 2015. The arrival of Peter Prodromou from Red Bull saw the team embrace an aerodynamic philosophy which was visibly much closer to that practised by his former team. This also involved making exacting demands of the dimensions of the Honda in order to fit the car’s ‘size zero’ packaging – a description which suited the often ailing car (the least reliable machine of 2015) all too well.

Having taken the surprising decision to rehire Alonso, who had parted the team on bad terms seven years earlier, a pre-season crash put the relationship under immediate strain when he contradicted the team’s insistence that the car had not been at fault. Alonso suffered concussion in the crash which ruled him out of the first race weekend of the year.

Kevin Magnussen took his place but the car broke down before he could make it to the grid. Ron Dennis initially praised Magnussen’s efforts, hailing him as the “best reserve driver in Formula One”. But come the end of the season, with world champions occupying both cars and junior racer Stoffel Vandoorne clinching the GP2 champion, Magnussen appeared surplus to requirements and his contract was not renewed. Dennis later claimed Magnussen he had not achieved the targets he had been set.

With just half-a-dozen points finishes all year, McLaren slumped to ninth in the constructors’ championship, its worst finishing position since 1980 (aside from its 2007 exclusion). McLaren’s sustained lack of success – it is now in its longest-ever run without a race win – will directly affect the amount of revenue it received from Formula One Management and has had the same effect indirectly as long-term sponsors have turned away without new ones appearing.

“Of course if we finish way down in the constructors championship that has an impact on prize money for next year,” said the team’s acting CEO Jonathan Neale earlier this year. “But we are fortunate in having a technology group on which we can at least shelter for some of these difficult times.”

“But it’s not something that we can sustain indefinitely.”